GG.Bet to be Official Global Betting Partner for ESL...

GG.Bet to be Official Global Betting Partner for ESL... 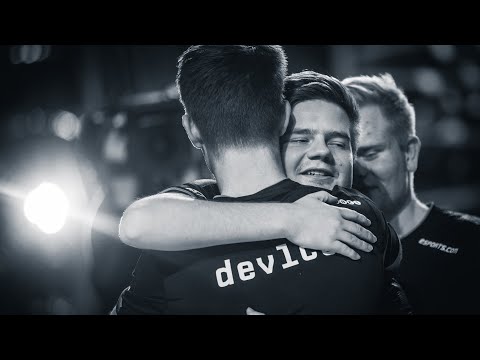 A message to dev1ce 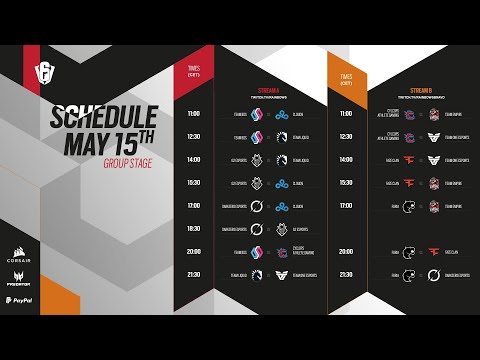 Article
0
3 weeks 5 days ago by Editorial in: General

Today, we are proud to announce ESEA Fast-Path, built on technology from our partner Network Next, that automatically improves your connection to ESEA gameservers! Over the last 6 months, ESEA has been silently running Fast-Path across our platform to scale up, identify any possible issues, and most importantly help improve our players’ experience.

Article
0
1 month 5 days ago by Editorial in: General

Heroic are the winners of EPL Season 13

HEROIC TAKE THE THRONE IN A MARATHON GRAND FINAL

Article
9
1 month 3 weeks ago by Editorial in: General

Article
0
2 months 6 hours ago by Editorial in: General

We are tweaking the ESL World Ranking to restore an imbalance within the system to ensure ESL WR points are allocated proportionally in online regional competitions.

Article
65
5 months 12 hours ago by Editorial in: Counter-Strike

Article
41
8 months 1 week ago by Josh Folland in: Counter-Strike

Our CS:GO plan for the remainder of 2020

Article
76
1 year 3 months ago by Axel Houstoun in: Games

ESL Wraps Up 2019 With Record-Breaking Year in Esports

2019 was a big year for ESL, with multiple tournaments racking up record-breaking numbers!

Intel Extreme Masters returns to the Land Down Under this August for its fourth anniversary, but this time it’s heading to Melbourne!

Article
181
1 year 3 months ago by Editorial in: Games

ESL to return to Odense for ODINCON 2020

ESL are delighted to announce the extension of the partnership with Odense Sport & Event, therefore bringing another quality tournament to ODINCON in 2020.

Article
68
1 year 3 months ago by Editorial in: Games

With the release of Warcraft III: Reforged, the exciting new remake of the classic RTS game, ESL are delighted to announce a new weekly WC3 cup similar to the recently created ESL Open Cups for Starcraft II.

Article
147
1 year 4 months ago by Anonymous in: Counter-Strike

The agreement represents a group effort to ensure continued growth and professionalization for competitive CS:GO.

Article
251
1 year 4 months ago by Anonymous in: General

We are proud to announce a three-year-long strategic partnership with Activision Blizzard Esports that will see ESL and DreamHack join forces to bring two new ESL Pro Tour formats to life.

Article
74
1 year 5 months ago by Anonymous in: General

We love Music. And we love Games! That's why we want to find and support artists that can give you the perfect for your gaming experience. Artists that give you all the chills, all the feels and all the HYPE! This time we introduce TheFatRat.

Article
124
1 year 5 months ago by Josh Folland in: Rainbow Six

The Rainbow Six US Nationals are headed back to Las Vegas!

The Rainbow Six US Nationals is now in its second year and with the qualifiers completed and teams locked in, it’s time to head back to the Penn & Teller Theater in Las Vegas for the finals on December 13th-15th!

Immortal rank is nice and all, but are you ready to go pro?

The time has come to announce the transformation of the ESL Pro League for Season 11.

ESL’s European National Championship winners will face a clear path from Challengers up to the Masters via LAN Qualifier and direct slots to DreamHack Open thanks to improved model.

Article
347
1 year 5 months ago by Anonymous in: Counter-Strike, ESL One

ESL One to Host First-Ever CS:GO Major in Rio, Brazil

We’ve been brewing in anticipation and excitement to announce that ESL One Rio 2020 will be coming to full fruition next year during May. In a world’s first, we’d also like to declare that ESL One Rio 2020 will stand as Brazil’s first Valve sponsored Major Championship of all time. Harbouring one of the most passionate fan bases of Counter-Strike: Global Offensive, Brazil’s calls for a Major tournament have deservingly been answered.

Astralis continued their dominant run back to undisputed no. 1 status in the CS:GO scene by winning IEM Beijing-Haidian without dropping a single map.

ESL One Hamburg 2019 has been wrapped up, and a new team has been crowned Champions. As one of the first major tournaments post-International, both fans and players alike were keen to see the results of countless roster reshuffles and transfers. Time for the recap!

We'll host our 33rd SC2 competition with 76 players competing for their share of a US$ 400,000 prize pool in Katowice, Poland.

ESL and SAP continue their partnership to provide a better viewing experience at ESL One Hamburg 2019!

We are proud to announce our exciting new partnership with LG Electronics as an Official Partner for Season 3 of ESL Mobile Open presented by AT&T. This marks the first-ever phone provider and second sponsor for the ESL Mobile Open in North America.

Can you measure esports greatness? We have a good idea on how to do that for CS:GO and Dota2 esports.

ESL One powered by Intel® will again return to the LANXESS arena, Germany’s largest indoor arena and most renowned center of elite gameplay.

Put on your national team jersey and represent your country in the first ever UEFA eEURO in 2020. Sign up and qualify with your country for next July’s final tournament in London.

A message to dev1ce