The Astralis lineup have been together a little over a year now. They started off under the Team SoloMid banner, with Xyp9x, Dev1ce, Dupreeh and Cajunb having played together before for Team Dignitas. The lineup was completed with the addition of Karrigan and the Danes have been together since.

TSM has taken part in several tournaments throughout 2015, often finishing in the top 3 and claiming first place. However, despite their several wins, the team has not managed to secure a victory at the most prestigious CS:GO tournaments, including official Valve majors. Always being mentioned as one of the favourites to win, the squad has yet to reach for the most important trophies. 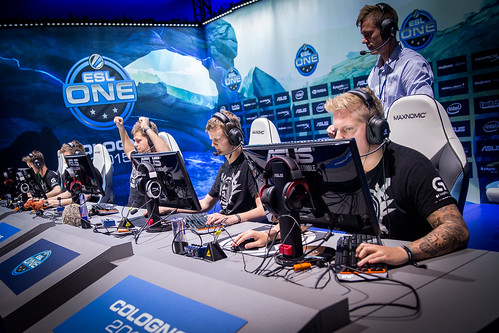 Astralis at ESL One Cologne under the TSM banner

The team's’ most recent performance includes DreamHack Leipzig where they started off strong, going 2-0 in their group. Their journey, however, ended in the semifinals where they lost to Luminosity Gaming 0-2.

Astralis have also just finished competing in the Global eSports Cup. Again, they had a strong showing in their group finishing first with a 2-0 score. They moved onto the semifinals where they faced Team EnVyUs - the team they have won one map on LAN against since August 2015. One more map can be added after the Global eSports Cup semifinal but the end result was still 1-2 for EnVy, leaving Astralis to fight for the third place with Counter Logic Gaming - a matchup they won in a decisive manner with 2-0 score.

Intel Extreme Masters World Championship in Katowice will not be an easy tournament to take with such an incredibly stacked team lineup. Astralis will have to fight their way through group B, where they got placed together with their nemesis, Team EnVyUs, as well as home crowd favourites, Virtus.pro. They still are one of the favourite teams to take home the trophy but will they manage to overcome their shortcomings and pull through until the very end? We will see in less than a month!

Join us for amazing CS:GO in the Spodek arena

Intel Extreme Masters World Championship Katowice takes place in the Spodek arena on March 4th to 6th. Twelve of the best teams from around the world will battle it out for the coveted IEM trophy, delivering thrilling matches throughout the event. Join us for all the action and get your ticket here!