Philipp Saedler
Senior Editor
Share this article:
Tweet
This Saturday the ESL Pro Series Finals in Germany will see a legend return once more. Fatih “gob b” Dayik stands in as mousesports are short a player. As their latest addition Timo “spiidi” Richter was already playing for BOSSHAFT in the groups and he was not allowed to join the ranks of mouz for the finals. So just like last winter, “gob b” will join Chris "chrisJ" de Jong and the team to defend the title that he helped them win last year. This continues a trend, that is almost tradition, which started years ago with Christian “Blizzard” Chmiel who was stand-in for mousesports at various EPS Finals, usually ending with him winning another title for his already impressive history of event victories. 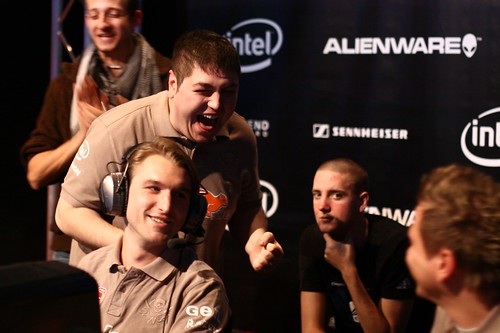 Is gob b following Blizzard’s footsteps?

Rematch for last seasons final - How will EnRo do?

mousesports’ first opponents this season are not to be underestimated. In their first match they will have to face the new team of EnRo GRIFFINS that continues to shake up the German scene. Although no longer sporting players such as spiidi and globe, the new EnRo line-up was the first team to take a cup win away from mouz during the cup stage and showed strong team spirit coming back from a very devastating loss against Death.Energy in their first match of the group stage.

Despite losing 4-16, EnRo persevered, destroying PENTA in the same fashion with 16-3 scoreline in order to once again face off with Death.Energy. This time they took down their successor by 16-13 qualifying them for the finals once more. Even though the team is not up to the level of the EnRo GRIFFINS we saw playing the Grand Final against mousesports last season, they are also by no means an easy match-up. The new team of EnRo is certainly able to catch mousesports off guard, especially as they face the hurdle of playing with a stand-in.

In the second semi-final match, it will be a rising star in the form of Wild Fire taking on one of Germany’s most consist teams in the form of ALTERNATE. While Wild Fire paved their way to the EPS Finals by getting better and better at every occasion and posted very impressive performances in the group stage, Team ALTERNATE have looked much more shaky in recent performances, posting wins that could have also gone the other way. Even so, this match has a lot to offer and will bring a team to the Grand Final that is really longing to win the title. 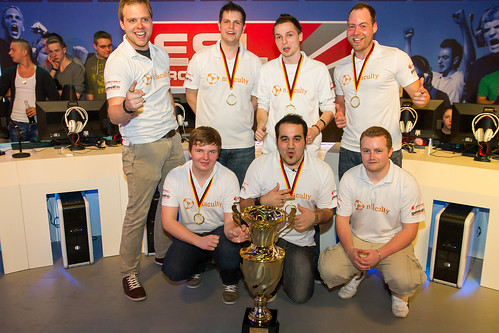 Also this is the first time for Benjamin "qk-Mantis" Oberlein (Wild Fire) and Azmican "asmo" Berberoglu (ALTERNATE) meeting as rivals at an offline event. After a history together on n!faculty, playing all the way up to the ESL Pro Series back in CS:Source and winning the CS:GO title in Spring 2013 this is somewhat of a strange situation for these friends. Coming into the EPS Finals both have high hopes of reaching the Grand Final, but one of these friends will drop out and see his former team mate play for the trophy.

You can see the story unfold live, tomorrow starting at 13:00 CEST, with the first semi final of mousesports taking on EnRo GRIFFINS. Jason Kaplan and Lauren "pansy" Scott will bring you both semi finals as well as the Grand Final live on ESL TV. Tune in to see how gob b does on his second come back at EPS Finals and how the duel of friends of asmo and qk-mantis turns out.
Share this article: