With the qualifiers concluded we are happy to announce the final two invites and the full 8 team lineup for the Barcelona CS:GO Invitational. Astralis and ex-Titan will be joining Fnatic and EnVyUs along with four teams who made it through the Spanish and European qualifiers, to battle it out for €75,000 prize pool at the ESL Expo Barcelona presented by Mobile World Congress.

The following four teams have been invited and confirmed their participation at the Barcelona CS:GO Invitational presented by Mobile World Congress.

They will be joined by two Spanish and two European teams, which made their way through the open qualifiers to earn the right to go up against these allstars of CS:GO for their share of the prize pool and a chance to leave some footprints on an international scale.

The format for the Barcelona CS:GO Invitationa will be lives-based, just like Intel Extreme Masters gamescom last summer. This means that, besides seeing interesting team compositions, we will also get to see the formation of some new alliances. 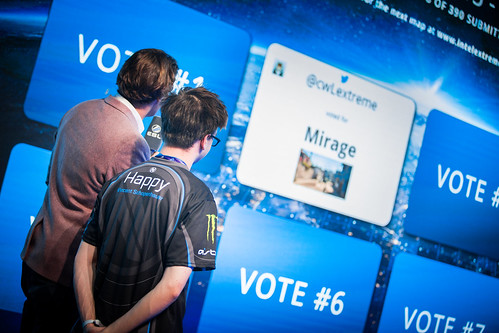 Can Happy and his teammates survive another time?

The €75,000 prize pool will be paid out based on a mixture of ranking, remaining lives as well as lives taken, in order to make every match meaningful. For every life left and every victory achieved, the teams will receive an additional €1,000 on top of the money earned from their placement.

With top two of Intel Extreme Masters gamescom 2015 EnVyUs and Astralis both set to be at Barcelona, we might see them go head to head for a second time in another big series for the title. Will one of them come out on top or can one of the qualified teams shake up the balance of power in Barcelona? Go see for yourself by getting a ticket and joining us live on the spot from the 19th to the 21st of February!

For all the latest updates about CS:GO at the ESL Expo Barcelona presented by Mobile World Congress, be sure to keep an eye on the official website as well as on ESLGaming.com and the official ESL CS:GO Twitter.