Ever since acquiring the lineup of Keyd Stars in July 2015, Luminosity Gaming have been paving their way of becoming one of the best CS:GO teams in the world. The new chapter began with ESL One Cologne 2015, a Valve major, where Luminosity participated as a Legend team, thanks to their lineup having finished in the top eight at the previous major, ESL One Katowice 2015. 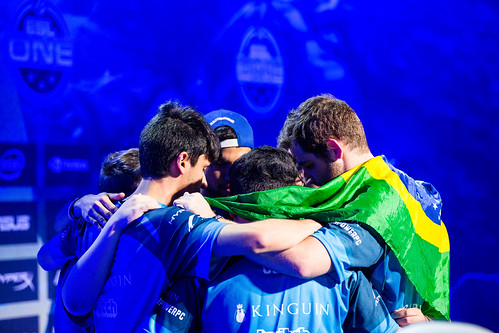 Luminosity Gaming at ESL One Cologne 2015

Luminosity Gaming were the only American team to have made it out of groups in Cologne, the same situation occurring at the next Valve major in Cluj. The team’s major journeys stopped in the quarterfinals as they were defeated by Cologne champions, Fnatic, at ESL One and by Natus Vincere at DreamHack.

The team’s most recent performance was at DreamHack Leipzig 2016 where they were the only American team participating. They finished second in their group, both winning and losing to FaZe Clan and winning with SK Gaming. They met with Astralis (formerly known as TSM) whom they defeated in a convincing 2-0 manner. They made it to the final where they faced Natus Vincere and delivered one thrilling matchup. Although Luminosity lost the final 2-0, both maps had to be decided in overtime. And speaking of Natus Vincere…

So, we meet again

There’s definitely something special between Luminosity Gaming and Natus Vincere. Faith just keeps bringing them together and putting them in the same groups or against each other in the playoffs. Unfortunately for Luminosity, Na’Vi have so far been kryptonite for them as they managed to stop the Brazilians whenever they played versus each other: Faith had it yet again that Luminosity and Na’Vi should meet - they will both compete in group A at the Intel Extreme Masters World Championship in Katowice. Group A is by many called the group of death as LG and Na’Vi will be joined by Fnatic and NiP, as well as mousesports and The MongolZ. Nevertheless, despite such a stacked lineup which included their kryptonite, Luminosity Gaming are still considered favourites to advance from the group stage.

There is a lot of questions to be answered regarding Luminosity at Intel Extreme Masters Katowice. Will they survive the group of death? Will they finally come on top of Natus Vincere? Will they manage to dominate the favourites and claim victory on European soil? The answers will come on March 4th to 6th when the prestigious IEM World Championship will take place in Katowice Poland. Be sure not to miss any of action and visit the event’s official website for all important information.