In addition to some of the players from Virtus.pro and Ninjas in Pyjamas, another three former Intel Extreme Masters champions are returning to Katowice as part of Natus Vincere. Having won the World Championship back to back in 2010 and 2011, Zeus, Edward and their coach starix know what’s on the line. However, Katowice hasn’t been the best of places for the otherwise successful team, despite their many titles from around the globe.

Can past results in Katowice be forgotten?

While Hanover saw the team win two World Championships, they haven’t had much luck in making it to the later stages of competition at the Spodek arena. Reaching the quarterfinal of last year’s CS:GO major was a definite highlight when compared with fourth place during the group stage in 2014. However, this time the team is heading to Poland with a bunch of good results on their back, having won DreamHack Leipzig and Intel Extreme Masters San Jose as well as placing second in the most recent CS:GO major at DreamHack Cluj. 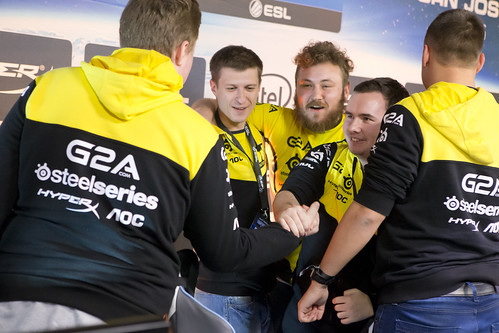 In group A at the Intel Extreme Masters World Championship 2016, Na’Vi will be meeting some well-known teams wanting to stop them - the matches against Fnatic and Luminosity Gaming especially are those making fans long for the tournament to start. While Luminosity’s brilliant run at Leipzig was stopped by Na’Vi, it was Fnatic who bested them at both the ESL Pro League finals and StarSeries finals.

Old scores to settle and even more to come?

There’s more than just Fnatic and Luminosity waiting for Natus Vincere in Katowice, with The MongolZ, mousesports and Ninjas in Pyjamas set to join them during the group stage. With only the top three to advance to the playoffs, it’s going to be a good fight for those spots. It’s now on GuardiaN and his teammates to shake off the past and start a new run for the title in Katowice. In a little over two weeks, we’ll see if they can make Katowice a place they’d like to remember.