Virtus.pro will be back on their home ground to compete for Intel Extreme Masters World Championship 2016. Currently, ranking 7th worldwide, the all-Polish CS:GO team has once lifted the trophy in front of their home crowd. The team won ESL One Katowice 2014 against NiP beating them 2-0.

Although Virtus.pro has the same lineup since 2014, competing against the highly competitive Astralis and EnVyUs will not be an easy task. Coming from a total shut down in the ESL Pro League this year in January, where they lost all four of their matches, the team’s losing streak jumped to six consecutive losses. The losing streak was continued from DreamHack Leipzig where they lost to Team Dignitas and mousesports.

No doubt, the team has highly skilled players but we mostly see individual performances. Unlike Fnatic and Astralis, where we see the whole team performing together, team Virtus.pro lacks this coordination. 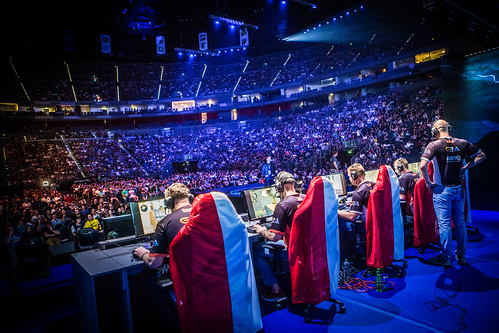 Virtus.pro at ESL One Cologne 2015

In group B, Virtus.pro will be facing Astralis, EnVyUs, FaZe Clan, E-Frag from Bulgaria and the winner from North American qualifier. Virtus.pro has already lost against FaZe Clan earlier this year in the Pro League. Besides this, Team EnVyUs and Astralis will also give Virtus.pro a tough time.

Being one of the favorites in the tournament, team Virtus.pro is yet to make a mark this year with a display of outclass skills. Having the home crowd on their side, the pressure will be immense for the Polish CS:GO team. Will they be able to dust of the weight of recent losses and show their class and talent?

Do not miss the Intel Extreme Masters World Championship Katowice 2016 action live from the Spodek Arena on March 4th to 6th. You can get your early entrance ticket from here!

For all the updates and details of the Intel Extreme Masters visit the official website or become a part of our community on Twitter and Facebook.