As the dawn arrived so did the CS:GO teams for another day of politics, backstage backstabs and, of course, CS:GO action. With two teams coming out of day two with a mere one life left and only Team EnVyUs still sitting undefeated, it was time for decision making. Would the alliances made previously stand fast or would this be the day that a true free-for-all would begin?

TSM came into this day with the second highest amount of lives behind EnVy, and they got matched up against CLG. Put on the spot with their tournament life on the line, CLG had to pull off something amazing against one of the best teams in the world. 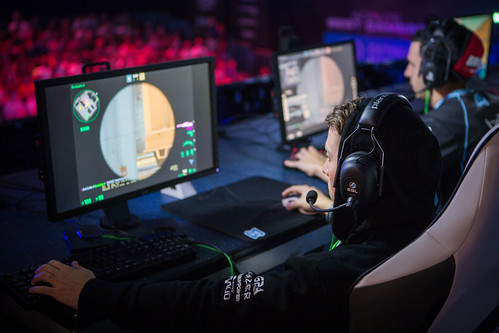 With the knife round under their belt and the pistol round won, CLG had the ideal conditions to put up a fight. However, the Danish force showed everyone how important banana control truly is on Inferno. Device saw his inner flame expanding to a blazing inferno and started landing kill after kill, pulling his team to a 10-5 scoreline on the historically speaking less favoured T side. This created a nearly impossible mountain to climb for CLG, and the Danes didn’t go easy on them either. Device managed to rack up a total of 37 kills in 23 rounds, giving him and his team the win with a 16-7 scoreline.

As the only team left in high health, EnVy had to play mouz on Dust 2. mouz, eager to put a dent in the safe position of EnVy, were happy for an opportunity to disrupt the flow of EnVy.

A strong start from mouz with them picking up the first two rounds sparked EnVy into aggressive counter pushes, catching mouz off guard more than once. Despite their economy being shattered several times, mouz still managed to pick up a good six rounds on their T side for a 9-6 half-time in favour of EnVy. On the T side, EnVy decided it wasn’t a match that had to go all the way, and some quick rotations and aggressive bomb site executions provided them with a swift victory over mouz with a 16-8 scoreline.

With the Danish alliance thrown out the window earlier that day by SK’s Berry, it was now time for a domestic match between the Danes of SK and TSM - a match that could seriously endanger the tournament life of SK Gaming if it were to result in a loss for them. 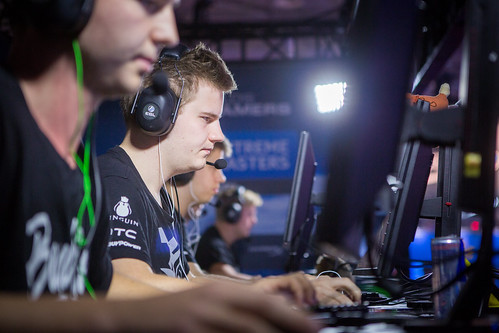 The T side of TSM saw aggression all around, which got shut down well by SK with AcilioN winning the second round by outsmarting his opponent in an unheard of fashion. NiKo also made his presence felt once again by putting a halt to aggressive pushes from TSM. The constant battering of their defenses put a crack in their armor, and TSM took advantage of it to pull off a 9-6 T side. With the T side ahead, SK started pulling off equal aggression towards the bomb sites and managed to win forced up rounds, smoke executes and aim duels versus their Danish counterparts. It ended up in a 15-15 full-time scoreline, and with that TSM decided the fun was over as they picked up four consecutive overtime rounds to win the map and match - a 19-15 scoreline in favour of TSM.

Following the earlier attempt at ripping away a life from EnVy, mouz were given a second chance by TSM, and this time on Train, a map which EnVy don’t have a lot of love for. Nobody had to tell mouz what was at stake - with their loss earlier that day to EnVy, they had only one life left. It was make or break time for mouz.

Defending and retaking bomb sites hasn’t been an issue for EnVy this tournament yet, and it didn’t become one this match either. With KennyS grabbing four kills in the pistol round, the pace was set. mouz managed to pull off some good smoke executes towards the A bomb site, and a flank from KennyS that would’ve won a round against most teams provided mouz the needed room to take a fifth round and end the half with a 10-5 scoreline favoring EnVy. However good the defense that EnVy put up, mouz managed to trump them. gob b led his team to a remarkable victory, only letting one round go the way of EnVy and ending the match in a 16-11 win for mouz.

A new alliance started to make its appearance - a German-Australian one as mouz stacked up the Danish teams in a match once more. mouz captain gob b predicted SK would have little to no chance of pulling off a win due to TSM’s defensive holds on the CT side and a lack of bomb site executes by SK as they are a mix team. 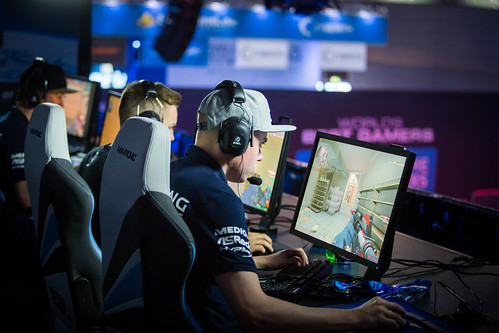 With the knife round won and the CT side selected, TSM fired up the engine and displayed a wide variety of CT tactics from aggressive party pushes to flanking plays that required half a marathon to be run. SK cracked under the pressure and their stand-in NiKo also wasn’t able to work the same magic he had shown in the previous matches and days. A 12-3 scoreline for TSM provided them with plenty momentum to mop up the few additional rounds required. SK managed to pick up a sliver of momentum after TSM put themselves on match point, winning three rounds in a row, but there was no stopping a determined TSM and Karrigan clutched out their last round for a 16-6 victory over SK.

With the second elimination of the day, TSM now trained their crosshairs on mouz, giving the Australians of Renegades a leisurely day at the office. Once more gob b was put up to the task of guiding his team to a win in order to keep them in the tournament.

With the knife round won, mouz began the arduous task of fighting for their tournament life once more. EnVy threw everything they had at mouz from slow play to all-out smoke executes and it worked - mouz’s CT defense started to crack. Despite strong performances by the mouz side, they only managed to grab five rounds, leaving the half-time scoreline at 10-5 in favour of EnVy. The T side is where gob b’s influence started to shine through - executes onto short-handed bomb sites and mid-round rotates ended up pulling the match back to an all-even scoreline. 15-15 - both teams were back to square one and it gave EnVy another jolt of confidence which resulted in aggressive main play and tactful holds. mouz weren’t going to give up and pushed back against the double AWP T side from EnVy, bursting the economy and almost forcing out a second overtime. The last round quirky buy from EnVy was enough to secure them a win, however, with the end result being a 19-17 win for EnVy.

Join us tomorrow from 10:00 CEST for day four of CS:GO at Intel Extreme Masters gamescom! Also make sure to follow the official IEM Facebook and Twitter accounts as well as @ESLCS and #IEM for highlights, updates and more!