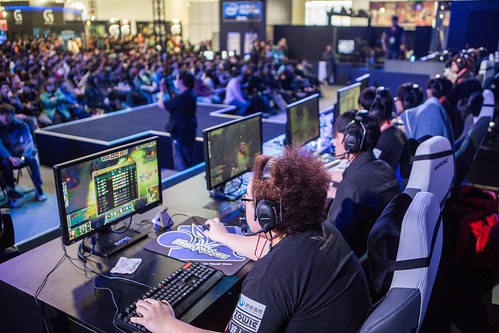 ahq is the third team to have played at a World Championship in the past, and they already beat yoe Flash Wolves in the qualifier. Let’s find out if they could achieve the same result today...

BANS PICKS
ahq got hold of the popular Jarvan/Gnar combo, but after Steak’s Irelia got ahead in CS and picked up a kill on that Gnar, things quickly snowballed in favor of yFW. The synergy of yFW was simply better overall, resulting in a 12k gold lead by the 20 minute mark and a victory soon after.

BANS PICKS yFW picked up first blood in bot lane during game two, but after that things seemed to look up for ahq when Lissandra picked up a double kill top with the help of Jarvan IV and Westdoor’s famous Twisted Fate. Things evened out for a while until a teamfight went wrong for ahq and they got picked off one by one, resulting in an ace, Baron and dragon for yFW and ahq’s Nexus soon after. 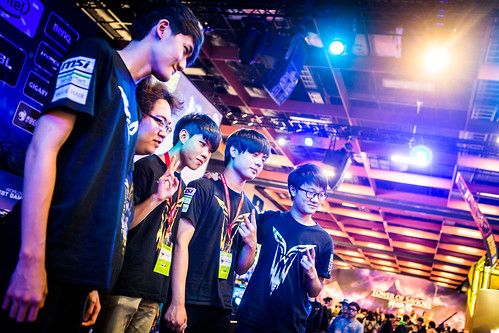 TPA looked very strong during day one of Intel Extreme Masters Taipei and seemed to dominate Avant Garde, but did they have enough momentum to beat Saigon Jokers? Let’s find out.

BANS PICKS
Saigon Jokers managed to pick up first blood on TPA Jay’s Janna after using a bunch of their summoner skills. However, they were simply no match for TPA’s superior draft, resulting in a 20 minute inhibitor for TPA, a pentakill for Chawy and an easy victory for the team.

BANS PICKS
TPA showed no sign of slowing down in game two and picked up two kills and dragon after a teleport from Morning’s Mega Gnar into bot lane. From here on out they held on to their lead and even overextended, giving up the ace to Saigon Jokers and unable to stop them from finishing the series 2-0. 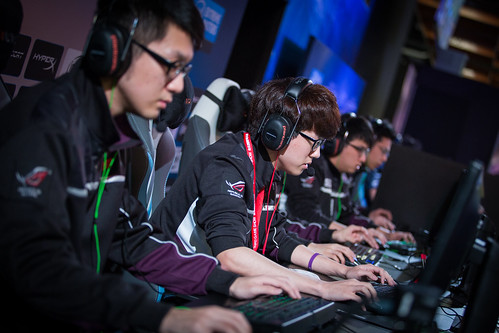 This means that we’ll be seeing a best of five between the Taipei Assassins and yoe Flash Wolves on the final day of League of Legends at Intel Extreme Masters Taipei!

For the full brackets and schedule, check out the official Intel Extreme Masters Taipei website, and if you missed any of the action, you can also visit our YouTube channel for all the event VODs.

Additionally, if you just can’t get enough of League, it’s worth checking out our Intel Extreme Masters Taipei League of Legends survival guide here.
Share this article: