Admin
Turtle Entertainment GmbH
Share this article:
Tweet
There has been no shortage of competitive Dota 2 for the past week, a total of 144 games having been played out thus far. With a grand prize of almost US$5 million, it’s safe to say that all of the teams have been playing lights-out games. However, now 41 teams from the regional qualifiers have been whittled down to just eight in the biggest Dota 2 tournament to date. 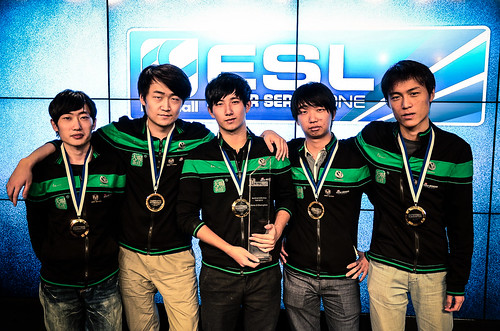 Vici Gaming (VG) made it through the round robin virtually unscathed, dropping only three of their 15 games. Other than a brief stint in the limelight in 2013, VG often find themselves in the shadow of the Chinese powerhouses. However, having won their games against the four other Chinese teams in the round robin, VG is sending a clear message: the time has come for a new Chinese giant.

The individual skill of each of the players in the team has never come under scrutiny. However, their performance as a team is somewhat inconsistent. They lost to Fnatic in their first match at ESL One Frankfurt, making a swift exit from the tournament. Now just two weeks later, VG looks like a completely different team. With a comfortable spot in the upper bracket, no one will be underestimating Vici Gaming this time around. 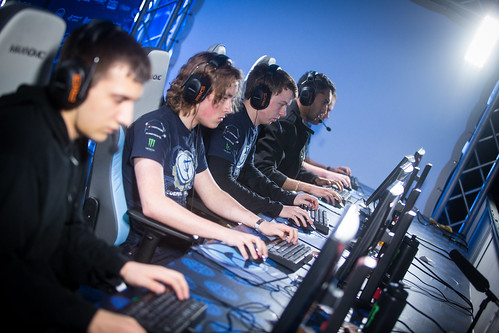 Evil Geniuses (EG) secured the second ticket straight into the main event from the round robin, winning 11 of their 15 games. EG did not even make it to Seattle last year, but with a completely new roster since then, the team has achieved a string of highly respectable tournament finishes. Notably they recently won against Team DK at The Summit, and finished in second place at ESL One Frankfurt.

EG will have to face off against DK in their first game in the upper bracket. They lost to the Chinese team in the round robin, and have also lost six games out of the nine they have played against them this year. However, they have proven that they can hold their own against DK when it matters. In a perfect embodiment of East vs. West, EG vs. DK will certainly be a much-anticipated matchup.

Team DK is known for the frankly terrifying amount of raw talent in its ranks. Having reshuffled their roster many times (along with every other Chinese team), DK finally seems to have cracked the winning combination. Their lineup consists of some of the best players in the game, and, unlike other teams who may have one or two key players, DK has five.

In the first half of this year, DK reminded everyone why Chinese Dota 2 teams used to be so feared. They’ve won eight out of the sixteen tournaments they’ve played in this year, also having taken a number of second place finishes. Recently, some have said that DK has been on the decline. However, ‘on the decline’ for DK means something very different than the same phrase describing another team. The ‘slump’ which DK have found themselves in means they took second place instead of first, or advanced to the main even in the third/fourth seed instead of the first or second. In other words, DK are definitely still looking to show people who the real Dota Kings are.

Reborn from the ashes of TongFu, four of the players from Newbee have felt the bitter defeat of just missing out on a top-three finish at The International 2013. The formation of Newbee was meant to signal the introduction of a new behemoth into the Chinese scene, a team who would finally be able to put a stop to DK’s terrible dominion. Although this never actually came to pass, they won a little over half of their games against DK this year, and have proven that they are not out for the count yet.

Having never played in an overseas tournament, no one really knew how they would fare against foreign opponents at TI4. Their performance in the group stage was undoubtedly lacklustre, with the team finding themselves in a tiebreaker to escape elimination. They turned it around in the final stage of the playoffs, where they beat Titan, Na’Vi and Invictus Gaming to jump to the third/fourth seed. Newbee will play Vici Gaming in their first match in the upper bracket, and, having only won six out of 17 tournament games against VG this year, it might be an uphill battle. 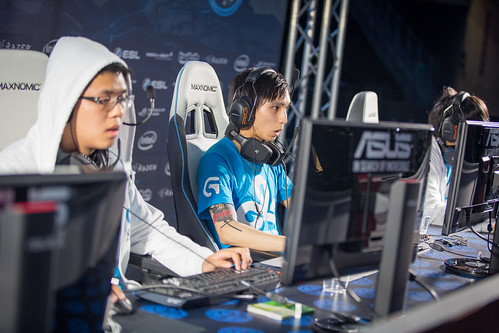 For a team that consistently performs a little better than average in tournaments, Cloud 9 (C9) certainly draws in many supporters (and detractors, possibly in equal number). Their tendency to do slightly more than mediocre is reflected in their sixth-place finish after the group stage. C9 also earned their spot in the KeyArena by finishing second in the last phase of the playoffs.

As well as their strong personalities, Cloud 9 are also known for their innovative strategies. Never ones to stay on the beaten path, it will be interesting to see what C9 have up their sleeves. They will also face off against Na’Vi in the lower bracket. The teams have met a total of 13 times this year, and C9 has only manage to win a less than ideal 39% of their games. No one really expects C9 to make a deep run at TI4 - many are perhaps surprised that they even made the top eight. However, regardless of where they finish, Cloud 9 certainly know how to put on a show. 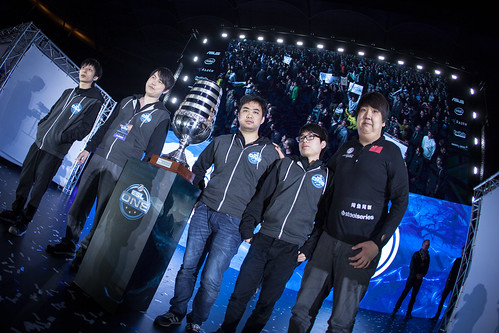 Back in 2012 when Invictus Gaming (IG) won The International 2012, the team looked nigh-on unstoppable. The extent of their domination was unheralded, and perhaps never to be repeated again. However, all things must pass, and pass they did. IG were no exception to the bedlam in China in 2013 - in fact, they were probably at the center of it. Their roster was as capricious as a vagrant wind, only finally settling in the February of this year.

IG’s fall from grace was an epic tale, and they are hoping that their turnaround will be equally so. They have already put into motion the foundation for a storied comeback, with back to back wins at WPC 2014 and ESL One Frankfurt. A win at TI4 would, most certainly, be the perfect end to their fable. IG have proven they are strong contenders for the title, having just recently taken first place against the two best teams in the East and the West, DK and EG respectively.

LDG Gaming is a cornerstone of the Chinese Dota scene, their roots running deeper into the history of the game than any other team from the region. Despite this, LGD have never taken center stage, always firmly cast in the role as the understudy (well, perhaps the understudy’s understudy) and often failing to live up to image that is summoned when one utters the words ‘Chinese Dota team’.

No one really expected LGD to make it to the main event at TI4, and almost everyone expects them to drop out of the tournament when they face IG in their first match. Losing 13 of their last 17 games against IG this year, things are not looking good for LGD. This is further reinforced by LG’s game against their fellow Chinese team in the group stage, where they lost in a very decisive 5-23 defeat. 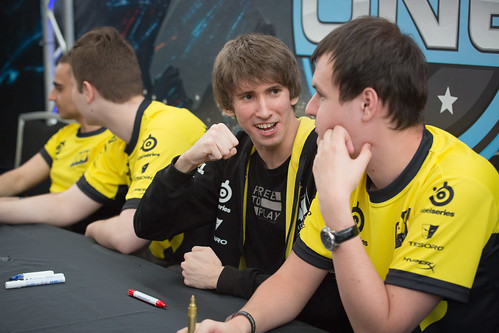 The International really is Natus Vincere’s tournament. One first-place finish and two second-place finishes make Na’Vi the most successful team in the tournament’s history. Loved by many, they are often seen as the sons of Dota 2. However, stiff competition at The International this year along with recent substandard performances have left many thinking their success in The International will be left at nothing more than a hat trick.

However, they might make it a little further into the tournament than anticipated as they face off against Cloud 9 in their first match: when the two teams have gone head-to-head this year, Na’Vi have come out on top 62% of the time. Their loyal supporters are desperately hoping that Na’Vi will find a glimmer of their former selves. However, this seems little more than a pipe dream.

The International will continue at the KeyArena on the 18th of July at 09:00 PDT (18:00 CEST) with the playing out of the upper bracket games, and can be watched here.

Who do you think will win? Give us your predictions below!
Share this article: