Sören Vendsahm
Contributing Editor
Share this article:
Tweet
In less than four weeks, the eyes of the entire Dota 2 community will be on the Commerzbank-Arena in Frankfurt, Germany. A record-setting crowd, eight of the best teams on the entire planet and US$200,000 will be at stake at what some have called “the European International”.

Not only has that moniker been attached to the massive event, but it’s also the last meaningful test of strength before the battle for the Aegis begins in Seattle, Washington. The winner of this cup will find themselves going into the International 4 with a lot more momentum and confidence. The stakes are high, the implications for the International 4 are everywhere and a crowd of 55,000 people will be watching players’ every single move. 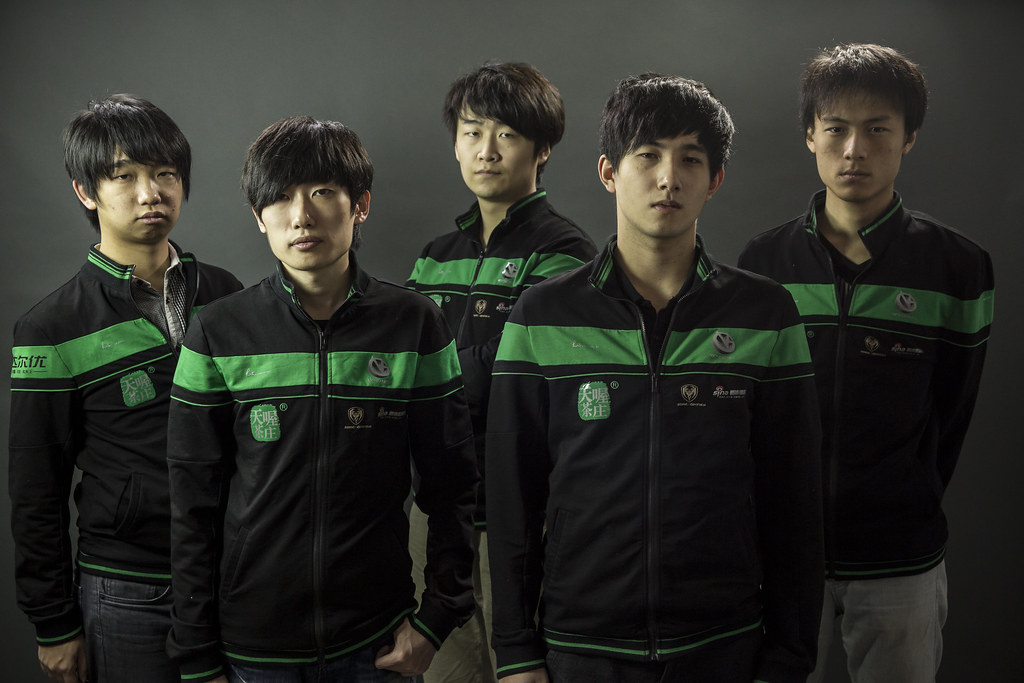 Hailed as one of the strongest Dota 2 regions, the proud gaming community of China has suffered a minor depression after TI3. The once-dominant MOBA-playing country with almost undefeated Dota success became a second tier region, taking a back seat to European powerhouses Alliance and Na’Vi. Now Invictus Gaming and ViCi Gaming are poised to reclaim their spots as the most dominant teams in the world, no doubt hoping for a momentum boost heading into the International.

Coming off a great qualifier run, Invictus Gaming has more than shown that they’re back: the team that was the poster child for China’s minor Dota depression is now also looking to become the face of the resurgence. Veteran Chuan returned, stars like Ferrari_430 and YYF never left, and only Luo is a new face in comparison with their big TI2 lineup. The team arrives in Frankfurt with clear knowledge of their strength and only one team to fear: Team DK. However, fate has decreed that DK won’t be in Germany this time, making WPC 2014 runner-up iG one of the hottest favorites competing at the World Cup stadium.

ViCi Gaming is also a favorite, but mostly based on results further in the past. Last year’s EMS One winner is the closest to a ‘defending champion’ for the big arena event, something that might give them a little bit of extra motivation. In addition to this, the squad, which features Sylar, Super and rOtk, is revered, but is not looking invincible. Their recent performance in the Asian qualifier and LAN over at The Summit gave fans and players a little boost, but without really sparking up any major enthusiasm. A loss to Fnatic in the group stage and Evil Geniuses in the lower bracket sealed their fate, ending with them in the third position and giving both of the other teams assurance of their strength. 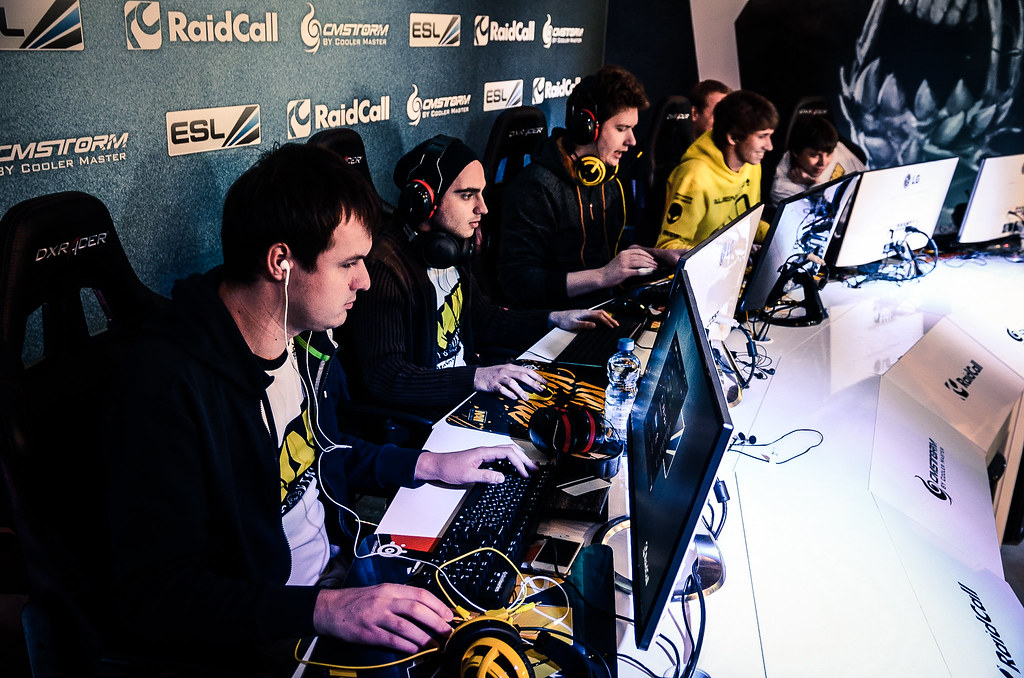 China’s two major nemeses in the past year wore grey or yellow, hailing from Sweden and the Ukraine respectively. Alliance and Na’Vi took over the Dota 2 scene bit by bit, but fell into a hole following TI3 and its aftermath. Now they’re almost back to square one, looking for any tournament success they can grab to reassure themselves of their skill.

Alliance delivered that vital spark themselves over at DreamHack Bucharest, with a dominating win over Cloud 9 in the grand finals while also demonstrating their power in China at the WPC event. The ridiculous dominance they exhibited during their stint in China for the G-1 Champions League is a far cry now, but a win over ViCi Gaming in the bracket stage was something, at least. The downside is their crushing defeat at the hands of iG, DK and Newbee over there, casting more doubt on the reliability of the tumbling giants.

DreamHack Summer 2014 will be a chance for Alliance to right some of their wrongs and get into game shape once more before departing for Frankfurt, a luxury Na’Vi doesn’t have. The finalist of three Internationals and winner of one has been the model of Dota 2 competitive consistency from the start. However, now the Ukrainian team is struggling on all fronts with defeats of epic proportions as they head into summer. They missed the cut for the offline finals of DreamLeague and only took fifth/sixth at StarLadder Season 9, their home event. Their saving grace might be the intense preparation the team is putting into the two big tournaments they have on the horizon, an increase in form having been visible at The Summit. It wasn’t the old Na’Vi by any stretch of the imagination, but the Ukrainian giant was at least in competitive shape, which could easily make something happen in front of the roaring crowd in Germany, already the site of their biggest triumph at TI1. 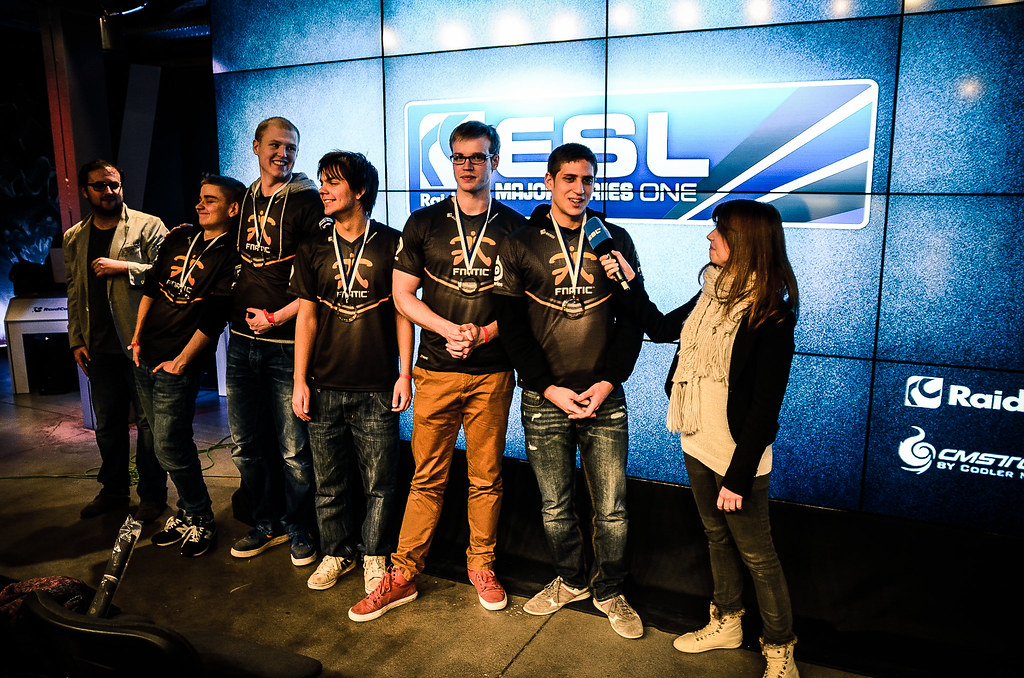 The glorious pasts of Alliance and Na’Vi are something Fnatic and Cloud 9 don’t have on their resumes yet, but the European ‘second elite’ is looking to overtake the authorities and implement a new order. So far, both Fnatic and Cloud 9 have seen success, and they’ve definitely caught some eyeballs, but their signature win is currently still missing.

Ironically, the two teams they’re trying to overtake managed to spoil their big moments at major tournaments in the last few months. First it was Fnatic, on the verge of winning yet another DreamHack as four-time Heroes of Newerth DreamHack champions only to end up hoisting the runner-up check as the Ukrainians celebrated their triumphant comeback with champagne. For Cloud 9, their downfall was Alliance in the capital of Romania at DreamHack Bucharest, stopping SingSing and his boys from taking a second LAN title.

Since then, a lot of movement and improvement has taken place in both teams, making Cloud 9 one of the hottest dark horses in European Dota 2 and Fnatic into a team that can take a map - and a game - from anyone. The fact that these reputations are well-deserved was demonstrated by Cloud 9 during their great success in the regular season of DreamLeague, while Fnatic impressed with a late rally in that league before making an example out of DK at The Summit.

The last of the bunch are the hungry youngsters from mousesports and Evil Geniuses. The words ‘young’ and ‘fresh’ means two things here: a new combination of players with a new organization for mouz, and complete newcomers and young talent for EG.

Despite being put in the same category as ‘new’ teams, the expectations put on the respective teams couldn’t differ more. Mousesports is at the beginning of their journey, with veteran players like Pajkatt and MiSeRy in the process of building up another successful project. Their direct qualification for ESL One Frankfurt was the first of a few upset victories for what was once Team Dog, quickly growing their profile. Since then, a TI4 ticket has been in their hands, a trip to Sweden is on the horizon and squeezed in between is Frankfurt. Still, the upsets and their growing profile in Europe doesn’t change the fact that they’re playing with house money. Obviously, competitive guys like Pajkatt want to win everything, but the success of an event is viewed differently to how it is in the EG household. Back there, it’s a culture of winning descended from North America.

Evil Geniuses are taking the Dota 2 world by storm currently with the two youngsters Arteezy and Zai. Most recently, they climbed all the way up to the top of the Dota 2 mountain, defeating Team DK in The Summit grand finals. This gave them a nice lot of money as well as the absolute assurance that they can beat everyone. The mix of veteran Dota 2 players, young, energetic superstars, a calm and collected drafter and the emotional support of Fear has made them an absolute powerhouse already. Early question marks following the forced transition from Fear to Mason are erased now, and the hopes of a starving North American eSports community are resting on EG’s shoulders. The DreamHack festivities will once more serve as a nice preparation as Evil Geniuses prepare to dominate the entirety of the summer in Dota 2.

To get up to date with everything that’s coming up in Frankfurt, make sure to check out the official website. See you there
Share this article: