Sören Vendsahm
Contributing Editor
Share this article:
Tweet
The ESL Arena at gamescom is not only the place to see the best Counter-Strike: Global Offensive and Battlefield 4 teams in the world compete against each other - it’s also an opportunity for every single member of the audience to become a star themselves as several of our partners are giving you the unique opportunity to show off your skills as a big crowd cheers you on. 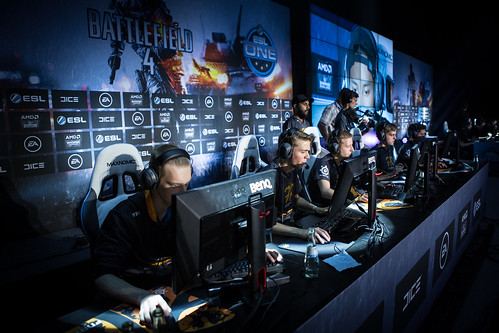 Here are a few of the titles you can get involved with at the ESL Arena to fuel your thirst for competitive gaming - which do you want to get your hands on first?

Final Fantasy XIV Online: A Realm Reborn has two separate competitions going on, which are getting a lot of gamescom attendees involved. Not only can ten brave heroes try to slay the big boss Leviathan in a PvE challenge, but 22 more people have the chance to enter the battleground in a PvP clash. These 8v8v8 showdowns not only give you a chance to get involved in the thrilling action, but they can also earn you a brand-new Mad Catz headset. Eight players will walk away with shiny new gaming equipment, while the sixteen defeated still get to experience their performance being broadcast to a live audience.

You have multiple options if you want the chance to showcase your LoL skills. Perhaps the biggest of those is brought to you by the Black Monster Cup and its sponsor Western Digital, who are inviting everyone to step up and test their skills in a casual tournament. Open to everyone, this competition gives players a glimpse into the tournament routine of real professional players, with winners are rewarded with cool hats, shirts and other Black Monster Cup merchandise.

If that’s a bit too much for you already, you can also take your chances in the Howling Abyss at the CM Storm booth. Here you’ll find 5v5 ARAM in front of a large live audience, the casual but action-heavy game mode exciting spectators and bringing out the best in each and every competitor. The folks of CM Storm will also be providing live commentary as well as goodies for the winners. Awesome gear and mousepads are up for grabs, but only the champions can get their hands on a share of the bounty.

Here you have the opportunity to test out Heroes of Newerth’s new custom map, with the HoN developers from Kalamazoo, Michigan in Cologne to present their new custom map initiative. Their first creation, Prophets, was already the hype 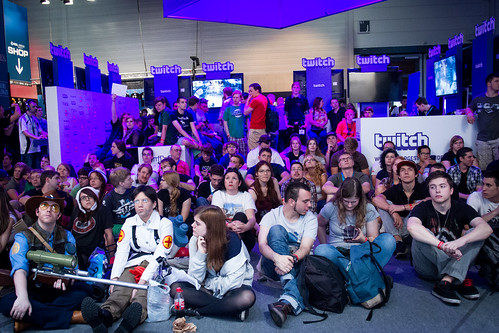 at ESL One Frankfurt, and now they’re going for round two. With a US$1,000 check as well as exclusive t-shirts, they’re turning average gamescom goers into Prophets themselves. Preliminary rounds are played throughout the day, with a win giving you access to the semifinals on Saturday. Both the semifinals and grand final will happen on the big Twitch stage, where you can watch the thrilling conclusion and see the deserving winner crowned either live or online at Twitch.tv.

Not really into MOBAs? No problem! Fans of the FPS genre can hone their skills in Halo: The Master Chief Collection. The 4v4 tournament nets the team with the longest winning streak by the end of the day an invitation to the big showdown on Sunday, where all worthy teams will fight for the grand prize of US$10,000. 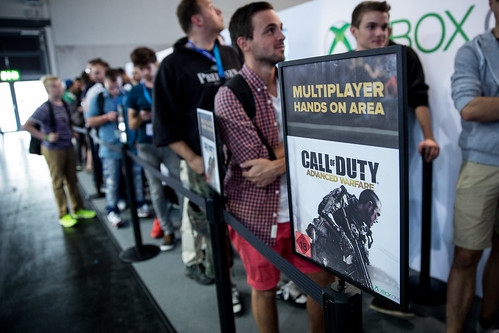 If your hunger for FPS games is not fully satisfied by Halo, you can also try your hand at the open Killzone Shadow Fall tournament, where, starting on Saturday, a huge US$5,000 tournament will play out in the ESL Arena. Registration is already open, and has two easy steps, with a PS4 account and access to gamescom on Saturday being all you need to have in order to compete. Seize this chance and become a Killzone champion while nabbing a cool US$2,500 for winning first place.

The last opportunity for you to get involved on stage is at the BenQ booth. As wella s being able to check out the quality of the gaming monitors in a round League of Legends for a shirt, you can also go up against a fellow attendee in StarCraft II. No matter your rank or experience, you have the chance to compete against - and get valuable tips from - a real pro. EPS champion HeRoMaRiNe will be giving everyone brave enough to step up a small coaching session as well as analysis, hints and constructive criticism. Afterwards, both players are rewarded with a signed BenQ shirt regardless of who wins, demonstrating the fun and camaraderie of the eSports community. 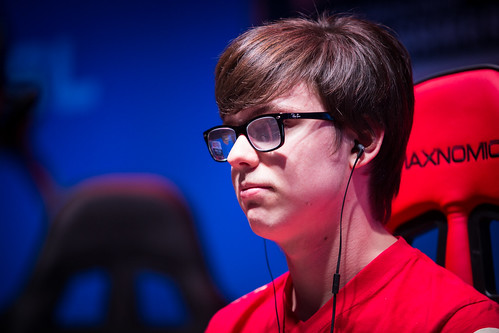 As you can see, there’s plenty going on at the ESL Arena for eSports enthusiasts, including those who want to try it out for themselves. Whether it’s in the form of cool shows from NEEDForSEAT, Medion or Evolve or the fierce competition at ESL One, this is your chance to grab the reins. Showcase your skill and win cash, gear and other cool stuff to make your trip to the ESL Arena even more memorable. Find us at Hall 9 at gamescom and be sure to check out the official ESL One site for all the latest information on our the Battlefield, CS:GO and Dota tournaments.