Many fans from the old days will remember Yoan “ToD” Merlo from his professional career in not only StarCraft II but also WarCraft III, where he was part of 4Kings, one of - if not the - best European teams for some time. After having joined James “Kaelaris” Carrol and Shaun “Apollo” Clark at multiple WCS events as well as others, he is now teaming up with ESL full time.

In order to properly welcome him to the fold, we took the time to speak with him about his career, transition to casting and what he has in store for the StarCraft and Heroes of the Storm fans.

ESL: Hello, Yoan - it’s great to be welcoming you to ESL! After having been part of many ESL productions, you are now joining us on a full-time basis. How did this all go down and how do you feel about making this step?
Yoan “ToD” Merlo: I was a freelance commentator for quite some time now already but it was mostly ESL offering me work all the time so it almost felt as if I was full time already. I was offered a job that required me to move to Cologne and, after considering it, I decided to make the jump as I’d retired from pro gaming and was now a full-time commentator.

ESL: You’ve already been to Cologne and the ESL headquarters quite a lot. Do you think you’ll be calling it a real home soon?
ToD: Yes - it didn’t take long for me to get used to the office and I’m feeling very comfortable in Cologne these days. 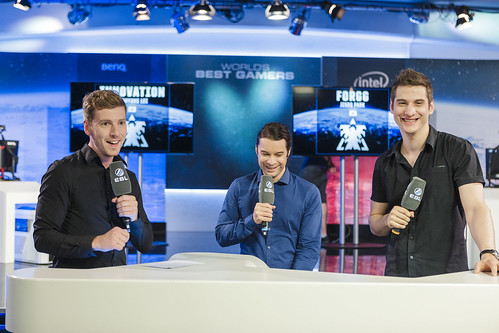 ESL: Whether it’s Heroes of the Storm or StarCraft II, ESL has a lot of tournaments coming up. What are the first shows that your fans can look forward to?
ToD: Any StarCraft or Heroes show produced by ESL I believe I’ll be casting. I missed out on Katowice, sadly, but everything else from now on I plan to attend.

ESL: 2016 is looking very promising so far, with a lot of big tournaments already in the calendar. Which events are you looking forward to the most?
ToD: It might sound cheesy, but really all of them are very important to me. Every Intel Extreme Masters, WCS event, any Heroes major - I truly enjoy all of them and I can’t wait to get to commentate more.

ESL: StarCraft II has seen quite a lot of movement since the release of Legacy of the Void. Do you think we’ll see some of the glory of past days this year?
ToD: I do not worry about that, personally - I always try to look at it with a positive point of view. The game is awesome and I enjoy playing and commentating. If more people take an interest in, it I’ll be happy. If not, I’m sure there will still be plenty of viewers. 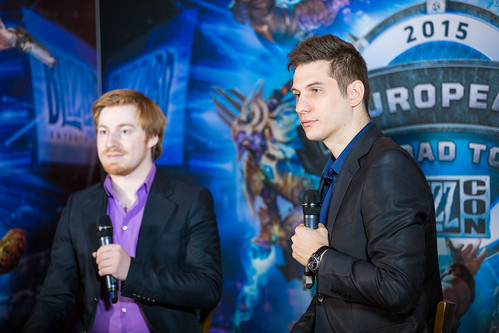 ToD and Kaelaris in Prague

ESL: Heroes of the Storm has seen a lot of updates and new heroes joining the battlefield. What do you think of recent developments and are there any special heroes you’re still waiting for?
ToD: Blizzard really are keeping things very interesting with lots of releases in terms of heroes and maps. I’m very much looking forward to playing Tracer in Heroes :)

ESL: You get to spend a lot of time with Kaelaris and Apollo from now on. Was the WCS and other events enough preparation for this?
ToD: Yeah, we get along very well and there is a level of comfort when doing an event with them which is really something unique.

ESL: Besides being one of the faces of the WCS, you also provided behind-the-scenes content for your fans on YouTube and other channels. Do you have anything special planned here?
ToD: I haven’t been doing any YouTube content lately but I do plan on resuming streaming very soon. I’ll be doing stuff like highlights of my streams posted on YouTube and some VODs as well so be sure to check it out.

ESL: Quite a lot of your old teammates and competitors are still active in either StarCraft II or Heroes of the Storm. How does it feel to be casting the matches of friends you’ve known for years?
ToD: It’s awesome! A bit difficult not to be biased sometimes but I’m very happy to be casting these awesome people on a regular basis and to see them do well.

Joining the broadcast team for the 2015 WCS Season 1 finals

ESL: Your pro player career saw a lot of big wins in Warcraft III. Do you miss anything in particular about this time and how much is your inner nerd longing for Warcraft IV to be announced?
ToD: I miss competing for sure, but I do not miss the training regime of a pro gamer. Being a full-time commentator allows me to watch/study a lot more than just playing as opposed to when I was pro player. I would love it if Warcraft IV was to be announced and definitely would want to be involved in commentating it.

ESL: Thank you very much for your time, Yoan. The final words belong to you!
ToD: Huge thanks to ESL for giving me a shot - I will do my best and I’m always open to suggestions and feedback on how to improve my casting. Especially as a non-native speaker of the English language, so if I’m saying something wrong or I can do it better please let me know through social media. Also thanks to all my coworkers for making me feel at home from the very beginning :)