Philipp Saedler
Senior Editor
Share this article:
Tweet
0 total shares
The qualification for ESL One Katowice 2015 is running at full speed right now. There’s only two weeks to go until 16 teams join the fight for one of the eight Challenger spots at the next CS:GO Major, which is attracting professional teams with more than just its US$250,000 prize pool. So far, the first open European qualifier is complete, with two teams having qualified. Four invites have also been announced, taking the number of known teams to six out of the total 16.

Before the first qualifier kicked off, ESL announced the four teams who would be joining the offline qualifier in Poland right away: Epsilon, Titan and ESC Gaming, as well as the newly acquired Team Dignitas roster. While the first two had to sit out at DreamHack Winter 2014 and had no chance of taking one of the tournament’s Legend spots, ESC and Dignitas (then known as Copenhagen Wolves) dropped out during the group stage. These four invited teams all bring a lot of experience to the table. 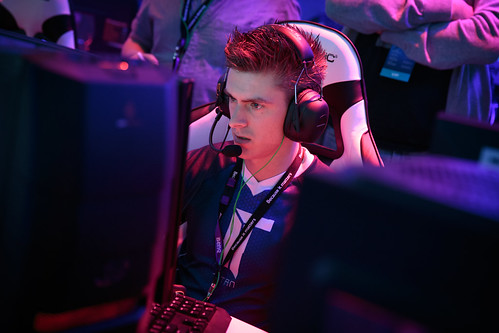 Can Ex6TenZ lead Titan to the next Major?
Four more invites are still to be handed out, but as it’s only two weeks until the qualifier takes place, the announcement should be sooner rather than later.

Last night, the second stage of the first EU qualifier came to a close. A total of 319 teams took part in the qualification, and a lot of big names fell to eventual winners mousesports and Copenhagen Wolves (formerly unu.AiN/myXMG), who earned their ticket to the offline qualifier in impressive fashion.

See you in Poland for the ESL One Katowice 2015 Offline Qualifier on February 14-15! pic.twitter.com/WBRQJBIOY1 — mousesports (@mousesports) 27. Januar 2015

Some of the names that got stopped in the later stages of this first qualifier are very likely be seen in the second one as well, as 3DMAX, k1ck eSports Club, the former Flipsid3 Tactics squad, Team ALTERNATE and more lost only a hair’s breadth away from making it.

The next five days will see six more qualifications, with the second European and first and only North American edition being the bigger of these as well as the local qualification in Poland and the CIS. Check out the ESL One Katowice 2015 website for all details on the qualification and follow the ESL Counter-Strike Facebook page  and Twitter account for further updates.

Who do you think will join these six teams in the offline qualifier? Tell us your prediction in the comments below!
Share this article: