The ESL Pro League Season 3 Finals was one of the most thrilling events of 2016 for Counter-Strike: Global Offensive. It featured the top four sides from the European and North American divisions competing for a share of the US$512,000 prize pool, now the second largest prize pot in CS:GO history. The event was played over the course of four days with teams travelling from Leicester to London to compete at Indigo at the The O2 for an open-to-the-public playoff stage. After watching the event, I have come to one scary conclusion about the strong performance from G2 Esports, they could just be getting started.

Luminosity’s coach, Wilton “zews” Prado, described G2’s performance at the ESL Pro League as “explosive,” reminding himself of the current Team EnVyUs side, but better, with the simplicity of their gameplay, and competency to know where the lurker player is positioned. G2, a predominantly French team, is in the midst of setting up one of the best stretches in recent Counter-Strike: Global Offensive history. 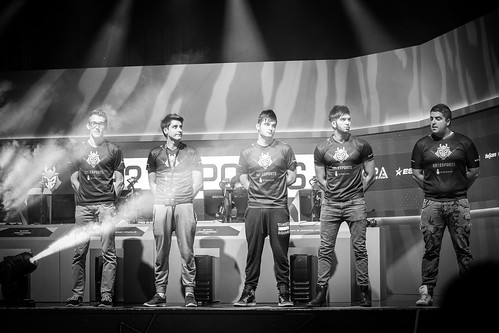 The vigorous performance continued on Sunday, even when they weren’t playing to their full potential. G2 missed shots and choked rounds that were in their favour, putting together an occasionally ugly performance. However, the fact they still went into Sunday with a chance of being crowned ESL Pro League Season 3 champions simply illustrates how strong the team currently is, and the potential they have to develop into a top five team. Maybe even a top three with the current state of top tier CS:GO.

The French lineup showed more of their great form on the final day of competition, taking their competitors, Luminosity Gaming, to overtime on the final map of the best-of-five series. However, Brazilian side and current major champions, Luminosity, went on to be crowned ESL Pro League Season 3 champions, taking a $200,000 cheque and trophy to their gaming house in North America after a 3-2 series victory.

After a disappointing start to their ESL Pro League campaign, and overall season, G2 came to the conclusion that, in order to begin to see some results, it was time to make a change. A drastic change at that. The lineup decided to replace long-time team member and IGL, Kévin 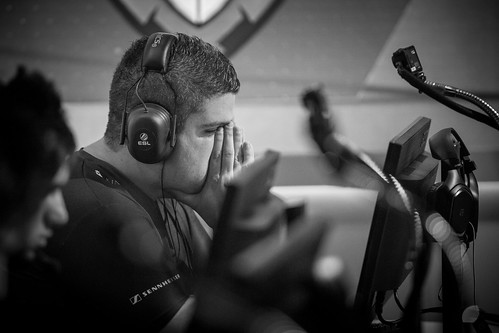 Despite the roster change  and as we progressed into the closing weeks of the ESL Pro League, it was  unsure as to which team would acquire the final spot at the offline finals: Natus Vincere or G2 Esports. Unsurprisingly, it came down to the final day of competition.

On the final day, G2 had a challenging two-map series against Ninjas in Pyjamas, who had already claimed the first place spot for the European division. The French side started strong in the matchup with a tight, but deserved 16-13 win on de_cache, which has commonly been referred to as one of G2’s better maps according to the statistics. However, after losing 16-10 on de_dust2, the lineup was forced to sit back and wait  for the final results to come on Twitter.

@fnaticdennis Love you Dennis!! Hahah you made us Qualify :)

It really was a close call for G2 Esports and their CS:GO lineup, but at the most crucial points, they proved that they were the better team, and deserved to receive the final invitation to the offline finals. With that being said, going into the event, the expectations of G2 were all over the place, with the majority of people not expecting the team to achieve anything of significant value, but to instead crash out of the tournament without a map win under their name.

On the first day of competition at the ESL Pro League Season 3 Finals, spectators and casters knew they were in for a treat with a divine matchup between G2 Esports, the underdogs, and the future champions, Luminosity Gaming.

Much like everybody’s initial expectation of G2 at this tournament, the community expected a quick match to take place with Luminosity domination the match for its entirety. They weren’t wrong for the first half of the match, as the Brazilians went into the half with a significant 11-4 lead. With that being said, Luminosity’s world seemed to flip upside down as G2 began to trundle back, taking it one round at a time. 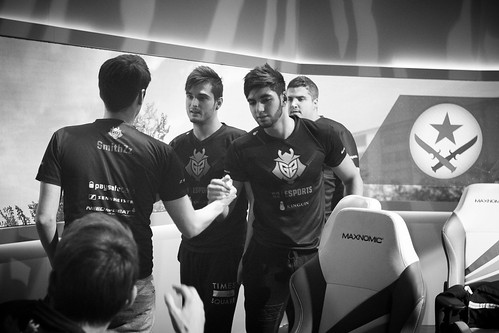 If I told you that the number one team in the world had only taken one round off a team in the top 20, at the time, after thirteen rounds, you would think I was lying. Well, quick update, that happened. At the end of the map, Luminosity had only taken one round off G2 as the French lineup went on to take the map 16-12, another scoreline that doesn’t tell the story behind it.If we look at this match as a whole, not just the map win, but the comeback itself, it screams morale boost for the French lineup. They knew what they were truly capable of achieving throughout the remainder of the tournament, diminishing the pundits negative comments..

After finishing in second place at the ESL Pro League Season 3 Finals, the community now sits twiddling their thumbs to see what is next for G2’s season. Well, with less than two months to go until ESL One Cologne, their main aim now is to qualify. To compete at the next major, the French lineup will have to finish within the top eight at the ESL Cologne Main Qualifier at ESL’s studio in Katowice from June 9-12 whilst competing against fifteen other teams that are all looking to obtain an invite to Germany in the Summer.

Returning from an event like G2 just did, it is always important to see how they perform in official online matches. It is always interesting to see whether the good performance was just a bit of good luck, or whether things are looking up for the team.

Alongside eighteen other teams, G2 Esports is competing in the inaugural season of the Esports Championship (ECS), hosted by FACEIT and Twitch, and is currently looking to secure their spot at the offline finals in just over a month. Similar to the ESL Pro League, the top four teams from the European and North American divisions will clash in London to compete for a currently undisclosed prize pool. The European side currently sits in fourth place, just inside the qualification zone, and earlier this week, they looked to increase their chance of qualifying for the offline finals.

This week, G2 took on former world number one side, Fnatic, and fan favourites, Virtus.pro. G2’s match against Fnatic was closer than they would have wished for, as the Swedish opponents are still having to play with a fill in due to the wrist injury that Olof 'olofmeister' Kajbjer has sustained. Fnatic took a strong lead in the first half as they went up 6-1, but it wasn’t long before the shox and ScreaM show appeared to help turn things around. Round after round, the European duo put together a number of clutch plays, putting their team back in a place where they could take the first map. The second half of Cobblestone was a completely different story as G2 put together another incredible comeback to win the map 16-13.

Cache, the second map of the series, was looking to be a very tight game as the sides went back and forth before Fnatic took a 9-6 lead as the teams switched sides.  Comebacks are becoming a common occurrence for G2 as their opponents looked to take the series to the final map as they were only three points away from tying up the series, but it wasn’t to be as Fnatic failed time and time again to get the kills that they required to win. It makes me wonder, do G2 just like making things harder for themselves?

In their final match of the day, G2 Esports were set to take on fifth place side in the ECS league, Virtus.pro, but if I am being honest, there’s no point even fully describing how the match played out as, simply, it was complete destruction. In the first map of the series, Benrlitom and his teammates put together a 16-4 win over the Polish side, Virtus.pro. On the second map, Train, G2 kept up the same intensity and closed out the series with a 16-9 map win.

Now, it’s time to speculate, just a little. In the current state of CS:GO, we see struggling French side, Team EnVyUs, unable to get anything going in the 2016 season with a number of disappointing finishes, including a 11-12th at IEM Katowice. The community began to look at Fabien “kioShiMa” Fiey as the main issue behind their recent struggles. In an attempt to benefit the side, a decision was made to replace Fiey with Timothée “DEVIL” Démolon from LDLC White to help resolve the issues. However, things haven’t worked out so well with this lineup either, finishing 13-16th at the MLG Columbus major tournament  and not qualifying for the ESL Pro League Season 3 finals. So, we begin to ask ourselves, is now the right time for a shuffle between the French teams? In a perfect world, yes, this is the perfect time.

Whichever way you look at it, right now, we have two top French teams, Team EnVyUs and G2 Esports, both of which are among the top team teams in the world and are filled with some of the best individual talents that CS:GO has to offer. You can not even begin to question that Kenny “KennyS” Schrub is the best AWP player in the French region, maybe not as good as he was in 2015, but still very talented at his role within a team. Why don’t players begin to build a team around him? Build a team where whenever you are putting a full buy together, you get him the AWP, build up his confidence and let him return to what he was back in early 2015. 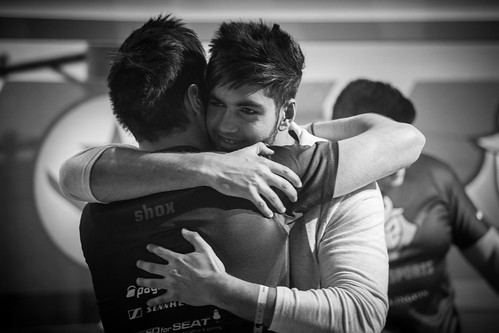 Next we have the duo from G2, Richard “shox” Papillon and Adil “ScreaM” Benrlitom, players that have rebranded their organisation to 2 Gamers after recent offline and online performances. For me, shox is one of those players that has one key trait that sets him apart from the rest of his competition, and that is his pure ability to clutch in a 1vX situation. Some of his most recent examples of this come from the grand final of the ESL Pro League where he managed to clutch a 1v3 and a 1v4 with the bomb needing to be defused in both situations. Well, what can I say about ScreaM? Why would he fit in this team? I can sum that up in a few lines, actually. If we put it simply, Benrlitom is a fan favourite player, and has been seen as one of the best passive rifle players in Europe since his ‘era’ at VeryGames in 2013, proclaiming to be the ‘Headshot Machine’.

Fitting two other players into this team would be tough, and it would, most likely, take a bit of trial and error with the players that they are surrounded by, but I just want to see these players play in a proper competitive team together.

All in all, G2 Esports has had some really strong performances as of recent times, and only seem to be getting better together. We all know it takes a lot of hard work and dedication from each player to get the stage they are at, and it is now very exciting to see lineup finally get some positive results this year. Yes they are playing in other competition, but currently, qualifying for ESL One Cologne is at the top of the priority list. If they do go onto qualify for the next major tournament, which I believe they will, who knows what could happen? Could we see a repeat of DreamHack Cluj-Napoca 2015? Could things be even better with this improved roster?