The best CS:GO teams and players in the world are currently facing off at the ESL One Cologne 2016 Major and we have an incredible talent lineup that is commentating the games, dissecting the matches and interviewing the players. For those who are not that familiar with our broadcasting crew, we’ve arranged for some profiles to be written. And who better to write profiles on our talent than our very own casters, analysts and hosts themselves. Take a look at how they introduce each other.

Lauren started her journey to where she is now back in 2005. She began playing Wolfenstein Enemy Territory and decided she didn't want to be a social person and stayed away from sunlight for about another eight years, playing games like Call of Duty 4 Promod and became a "professional gamer". However that equated to a TeamSpeak and a free t-­shirt so eventually Lauren decided that getting a real job was the only way forward, and eventually stumbled into being a caster. After casting a multitude of games she found her place in Counter-Strike as the game released in 2012 and hasn't looked back since. 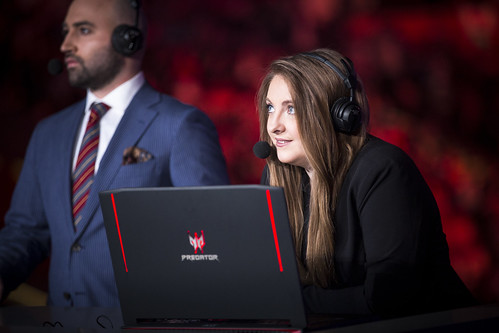 Mitch began his career as an esports radio caster in Australia back in 2007. Passionate about FPS games in general, he rose to prominence as Australia's top play-­by-­play caster before joining ESL in Germany in 2015. Known for being able to talk the hind legs off of a donkey, Mitch loves nothing more than digging for deep insights of pro players in his interviews. He loves long walks on the beach and blondes.

Alex began his career as somewhat of a joke, mimicking the casters of his favorite game 'CoD4 Promod'. As time went on he was offered small commentary positions at local competitions and online games. This developed into eventually working alongside ESL UK on a multitude of different challenges. Once university was complete, Alex was approached by ESL and has since grown into a host of Counter-Strike desks, all starting with ESL One Katowice 2015. He prides himself at being bad at beatboxing and good at de_mirage. 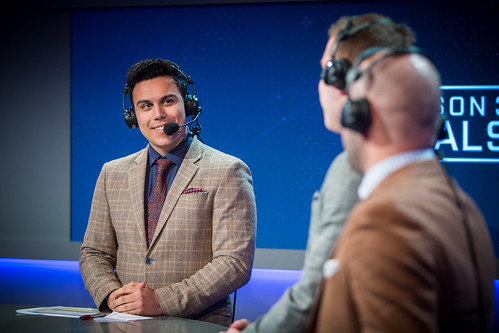 Paul Chaloner (aka ReDeYe) is a host, commentator, presenter and voice over artist, predominantly featuring video games and technology. Paul has travelled the world in more than a decade of experience, covering almost every major esports tournament. He has also worked on mainstream television, taken part in radio shows, presented in sporting stadiums and world class theaters, hosted his own shows, been a panelist, an expert, an ambassador and even presented a rock show and commentated on more than fifty game titles.

Semmler flew himself to Sweden roughly four years ago to live in a house in the middle of the Swedish forest outside of Stockholm, with three Brits and a Romanian. This motley crew eventually started a studio that created esports content. Some might have called it a good studio, but they've been mostly written off as being sick in the head. He discovered that he enjoyed losing his voice shouting about Counter-Strike, and has been doing so for the past several years along with his Danish chimpanzee, Anders.

Born a chimpanzee, Anders was the brightest of his kind, so much so that he ended up at roughly average human level. After spending the first 27 of his life not really doing much except playing Counter-Strike and browsing the internet for memes, he discovered the technology humans call microphones, and thus decided to embark on a career of commentating CS:GO. This was in January of 2013 and since then a growing number of skeptical scientists have questioned whether or not he is in fact just a hairy human.

Janko made his foray into competitive Counter-Strike in 2008, climbing through the ranks and competing in mostly local tournaments. In 2013 he created a team with some of the best players in the Balkan region with the goal to compete with the best teams in the world in international tournaments. In the next two years, the team was dominant in the Balkan region, but had mixed results internationally. After NiKo's departure to mousesports in 2015, Janko started working on events as an observer, until he got his chance at the analyst desk in September 2015, and he's been doing it ever since. 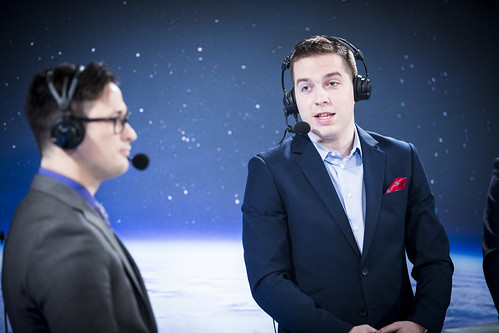 John has been a longstanding fan of esports and has always wanted to find a way to be a part of the action. His first experience in esports was in 2013 when he worked as a commentator on Guild Wars 2, and he has been on a journey to travel the world under the sake of competitive gaming ever since. John first began casting Counter-Strike in early 2015 working with ESEA to bring coverage to their league. He has been to numerous events since then such as the season two and three finals of the ESL Pro League, Dreamhack Austin, and the Starladder Invitational, but this will be his his first major, and he is eager to bring the hype and make ESL One Cologne 2016 an amazing event.

HenryG was one of the most successful British Counter-Strike players of all time. With a focus on iron­fist style leadership and dynamic strategy he lead some of the most historical line ups of Counter-Strike: Source. Starting his casting journey with CS:GO in mid­ 2015, he's attended some of the biggest events in the world, including four majors. Using his experience on the battlefield, Henry is able to dissect and analyse the tactical side of the game along with his partner in crime, Sadokist.

Matthew "Sadokist" Trivett is a shoutcaster who got involved with competitive gaming through his older brother at a young age. After competing on and off in various FPS titles, it was in 2013 that he turned his full attention to casting, starting in CS:GO at a charity event in his native city of Halifax, Nova Scotia, Canada. From there he progressed through various events and leagues in North America, gaining experience and knowledge with each event casted. In 2015, Sadokist had a breakout year, and together with HenryG, he is now part of one of the most exciting, knowledgeable, and prominent casting duos in all of eSports.

A 15 year veteran in the esports industry, Thorin is known as "The Esports Historian" for his encyclopedic knowledge of the great matches, players and events of yesteryear. Having played Counter­-Strike since the first beta, 17 years ago, and by watching every big match, Thorin's depth of knowledge on the franchise and its storied past is unparalleled in his field. As an analyst, he has worked at over 30 events, including four majors. Famed for his unique analytical style, biting wit and cynical world view, Thorin is impossible to ignore.

Jason began his Counter-Strike career in 2001 as a professional player in North America. For six years CS was the only game he played before having to give up the gamer lifestyle for that of a socialite and student at university. CS remained always at the back of his mind, and when the franchise was reinvented in 2012 with CS:GO he made his way back to his first true love. After one year of high level competitive play, he recognized father time had taken its toll and he could no longer compete with the younger generation. Transitioning into broadcasting, he has become a knowledgeable force as both a caster and analyst with a knack for reading the game. 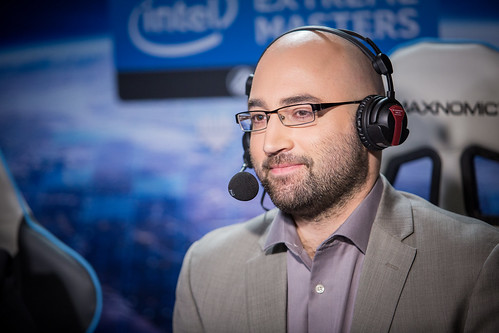 Dan has been playing games since the age of 3 and competitively since he was 12. He's been at a professional level in various Quakes for over a decade and is consumed with understanding and mastering esports games regardless of genre. This fascination led him from being a professional player many years ago to a journey of YouTube content creation that paved the way to a career with FACEIT as a commentator, broadcasting professional Quake and Counter -Strike matches.

James has played CS for around 13 years, and previously played Day of Defeat and fighting games competitively - namely Street Fighter IV. His broadcasting company has produced events since 2010, being a regular fixture at DreamHack and other events around Europe and the Middle East. James joined FACEIT in 2014 and quickly struck up a commentary partnership with ddk. When he is not commentating, he takes up the helm as Vice President of FACEIT Media, with key responsibilities being creative direction and talent. Outside of work James spends his entire life playing CS and trying to go to LAN, last placing 13th at i55!

ESL One Cologne 2016 is live right now. You can find all the streams, schedules and news on the official website.