Leading up to ESL One Cologne, we will look at all of the sixteen competing teams descending into Cologne as they look for success at the ninth ever major tournament for CS:GO. In the final preview, we will be discussing the proclaimed ‘Group of Death’ or Group D.

Ever since CS:GO became a beloved eSports title on the world stage, European teams have been at the forefront of major success. However, with an increase in talent and opportunity, the time have changed, and now, Luminosity, a team from South America, are now among the best teams in the world.

After a wave of Swedish domination at the top of the CS:GO world rankings, it’s easy to say that the Luminosity era is well underway as the Brazilian side find themselves as the number one ranked team in the world. Their journey to the top began at the end of last year after an unexpected second place finish at the FACEIT Stage 3 finals. Since then, Luminosity have competed in a plethora of international tournaments, and consistently placed within the top four of mentionable events, excluding a major hiccup at DreamHack Masters Malmö, causing them to finish 9th-12th. 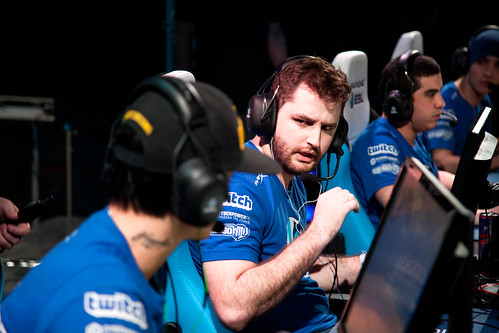 Earlier this year, Luminosity became the first American team to ever hoist a major trophy over their European competitors after a ridiculous display of individual skill, team chemistry and the ability to get the job done, regardless of the situation that they are in. In the grand final of the major, Gabriel “FalleN” Toledo and his four teammates trailed 6-0 against Natus Vincere on their map pick, de_mirage, but in the following rounds, their execution was in tip top condition and the Brazilians managed to turn things around. Much like other intense matchups, the first map went into overtime where the South American side closed out the map 19-17 before putting together a dominating 16-2 performance on de_overpass to claim the major title. Therefore, with the fashion that they did it in, MLG Columbus is arguably Luminosity’s greatest example of how they have risen to competitive success in just a few months.

At some point or another during the group stages of ESL One Cologne, Luminosity will face off against G2 Esports, a team that gave the world number one side a run for their money at the ESL Pro League Season 3 finals as they drove them to overtime on the final map in the grand final. Toledo, the IGL for Luminosity, is beyond aware that this rematch is imminent and will be putting in the extra work to ensure that they are ready for everything that the European side throw at them.

It’s obvious to say that Luminosity will be feeling the pressure to produce a similar performance against their opponents, but with the veterans in peak form, it is highly unlikely that we won't see them in the grand finals. With that being said, we should maybe look at re-evaluating that statement after the group stage, depending on their performance, and the other fifteen competing teams.

After Fnatic had been eliminated from MLG Columbus by Astralis in the quarter-finals, it come to light that Olof “olofmeister” Kajbjer had been playing with a restraining wrist injury, but the legendary character Kjabjer is, he opted to continue playing and help his team guarantee a spot at the next major with a top 8 finish. The results in their quarter-final match, 16-10 on de_overpass and 16-5 on de_cache, help us come to the conclusion that the Swedish side may have just been happy to sacrifice another major championship to prevent any further injury, but still knowing they were guaranteed a spot at ESL One Cologne.

During Kjajber’s time away from the mouse and keyboard, the Fnatic lineup had to use two different stand in players. Initially, the Swedes brought in Niclas “PlesseN” Plessen as a substitute, but after a number of subpar performances, Plessen was swiftly replaced by John “wenton” Eriksson. As a stand-in player, Eriksson did manage to hold his own, and was well and truly a part of the 3rd-4th finish at the ESL Pro League Season 3 Finals, before losing to G2 Esports in the semi-finals. 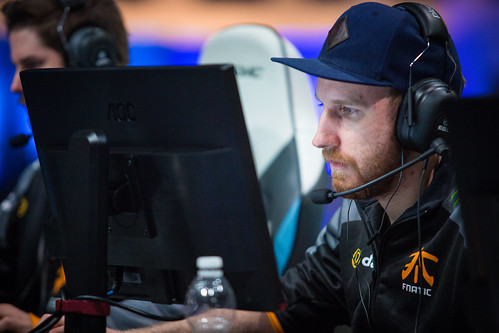 Getting closer to the time of ESL One Cologne, the community began to wonder whether Kjajber would actually be fit to play, but on June 13, 2016, Fnatic announced their star player’s return to competitive play ahead of ELEAGUE’s Group D. Going into the Group D matches, pundits, and the rest of the community, were sceptical as to what the Swedish side would be able to achieve, but after their first couple of matches, we knew 2015’s best player was back on form after his injury. By the end of the week, the Swedish lineup had defied all odds by topping ELEAGUE’s Group D with a total of 15 points from the six matches played, five wins and one loss.

After their strong performance with their original lineup, it will be very interesting to watch the tournament live and see how things will play out in the ‘Group of Death’ with G2 Esports looking for their next opportunity to prove that the ESL Pro League Season 3 finals was not a one-time thing.

Since their investment in CS:GO at the beginning of the year, acquiring the ex-G2 lineup, FaZe have been through a variety of ups and downs, with team changes and very poor results, as they are yet to place inside the top four at any event. With that being said, since the addition of Fabien “kioShiMa” Fiey from Team EnVyUs, who brings a lot of experience, there has been some improvement in FaZe’s performance.

If we look back to before the roster change, Mikail “Maikelele” Bill for Fiey, FaZe put together a string of group stage exits at two consecutive events: IEM Katowice (7th-8th) and MLG Columbus, only defeating an inexperience Splyce side, finishing 9th-12th. The change in lineup was made just a couple of days before DreamHack Masters Malmö, where the Europeans finished 13th-16th, but it would be unfair to take that event into consideration as to how the team would play with Fiey not quite settled in his new role.

The first event that the European side had competed at with proper preparation was the ESL One Cologne Main Qualifier, and being one of the few teams to finish with a 3-0 qualification record, you could tell that their practice was finally paying off. At the conclusion of the major qualifier, the FaZe lineup had to quickly catch a flight to Atlanta, Georgia for ELEAGUE’s Group D, featuring the olofmeister returned Fnatic, Team Dignitas and TSM.

In their first matches of Turner’s ELEAGUE, they came up against Team Dignitas who had recently lost their star player, Markus “Kjaerbye” Kjærbye. If we’re being honest, it was inevitable that FaZe would dominate in this matchup as they won 16-5 and 16-6. Progressing through the week, the European lineup only lost to Fnatic, and managed to put together an impressive 5-1 record, all things considered. This performance has guaranteed themselves a spot at the ELEAGUE playoffs where they will face off against a number of top teams from the other five groups.

Looking to Cologne, which starts tomorrow, I honestly can’t see this FaZe side getting passed the group stages regardless of the new experience and skill that Fiey has brought to the table. This ‘Group of Death’ includes three of the five teams featured within the top five best teams, and with the way that they are all currently performing it’s just not practical to think they will move on to the playoffs at the LANXESS Arena. However, this is CS:GO and you just never know what could happen.

With great help from Richard “shox” Papillon and Adil “ScreaM” Benrlitom, G2 have finally started to become the team that they once were, and are, again, becoming one of many fan favourite sides to lift the next major trophy. Their recent run of top form includes a five map, battle to the death grand final against Luminosity at the ESL Pro League Season 3 Finals, and more recently, the European side fended off all competition in the round robin stage of ELEAGUE’s Group B, compiling a monumental 6-0 record. Nobody can deny that these results are not impressive, but in reality, it’s not all sunshine and rainbows for G2. 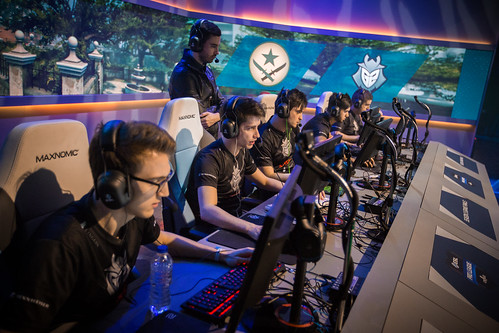 So, what do I mean by that? Well, let me spell it out for you. From watching just a few of G2’s matches, we can see that, recently, their game has been built around Papillon and relying, maybe a little bit too much, on his ability to single-handedly dominate matches, and turn things around when they find themselves in a sticky situation. More often than not, the French veteran does what is needed to be done, but if that is the mentality the side has going into a major tournament, where they won’t be taken for granted after recent results, it’s unlikely that we will see them advance out of the groups.

With that being said, G2 could be waiting to show off some of their new tricks with the strict training programme that G2’s manager, Jérôme “NiaK” Sudries, has introduced, which definitely seems to be paying off after recent results at ELEAGUE, and a first place finish at ECS Season 1 Finals, taking down Luminosity, now SK Gaming, in their rematch after  a grand final loss at the ESL Pro League Season 3 Finals.

In a previous article, I went into more detail on the current G2 Esports lineup, their road to ESL Pro League Season 3 Finals, their next steps, and more - read here. (http://www.eslgaming.com/article/g2-could-just-be-getting-started-2884)

Also, remember to check out our in-depth ESL One Cologne 2016 survival guide for all the information that you need.