Hans Oelschlägel
Editor / Content Manager
Share this article:
Tweet
0 total shares
Intel Extreme Masters Cologne is rapidly approaching. From tomorrow some of the best European League of Legends teams will battle it out for the title, trophy and US$30,000 prize pool. Are you ready? Make sure by checking out our complete survival guide!

A quick summary of the most important bits.

If you haven’t already seen our talent announcement for the event then you’re in for a treat! We’ve gathered some of the most knowledgeable and exciting hosts, analysts and commentators in the scene, who all can’t wait to finish 2014 with a bang.

Your Intel Extreme Masters Cologne talent lineup is: Additionally, Richard "Pulse" Kam and James "Stress" O'Leary will be bringing you all the games of the Expansion Tournament.

Counter Logic Gaming and Gambit will be able to watch the first round unfold thanks to their previous performances seating them straight in the semifinals, with the rest of the teams getting to play on Thursday and Friday. Check out the entire schedule on the official website or find it in brief below.

You’re probably already familiar with our fantasy league system from the past events such as Intel Extreme Masters San Jose. However, if haven’t participated in one of our fantasy leagues before, don’t worry - we’ve got you covered. 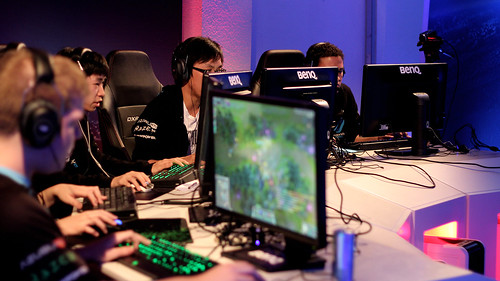 We can’t wait for the event to start, which is why we interviewed the teams and players before everything kicked off to find out what they thought of their competition as well as how they rated their own chances at Intel Extreme Masters Cologne.

To round it all off, we’ve collected all the relevant social media links and information for your convenience: Don’t forget about the official social media accounts of the participating teams and players, which are all linked in their respective section above.

Tune in here from Thursday!

Let us know your predictions for Intel Extreme Masters Cologne in the comments below!
Share this article: