In 2008 and 2009, Intel Extreme Masters had stops in Dubai for Global Challenges that featured Counter-Strike 1.6 and star teams from around the world. Despite not winning either of the two stops, current Virtus.pro star players TaZ, Neo and their coach kuben were still fighting for big titles and definitely have some stories to tell about Dubai.

kuben, Neo and TaZ watching the other teams play in Dubai in 2008

In 2008, the golden five of TaZ, Neo, kuben, Loord and Luq - still playing for MeetYourMakers at that time - had to overcome some of the biggest names of the golden era of CS 1.6. The legendary mousesports team - then reigning Intel Extreme Masters champion - along with mTw.dk, SK Gaming, Fnatic and more were set to cross their path.

In the end, they were to face mousesports again in the grand final after beating them, Gameplay and mTw after having already plowed through the winners bracket. In a very heated grand final, the Germans took the upper hand and the title from today’s Virtus.pro lineup.

In 2009, they placed fourth playing for Vitriolic Gaming in an even more stacked tournament that saw four other current CS:GO stars winning another title as well as taking their first steps at Intel Extreme Masters Dubai - but that’s a story for another day.

Virtus.pro, a semifinalist of ESL One Cologne 2015, will be returning to Dubai with some good results in the bag. Their victory over Immunity and Cloud9 in the groups, beating of NiP in the quarterfinal and the fact that they are the only team to take a map off Fnatic give a good idea of how dangerous they can be. However, facing off against all the European quarterfinalists of ESL One Cologne except Kinguin in addition to Titan and Cloud9 means that this trip could be a tough task for the champions. 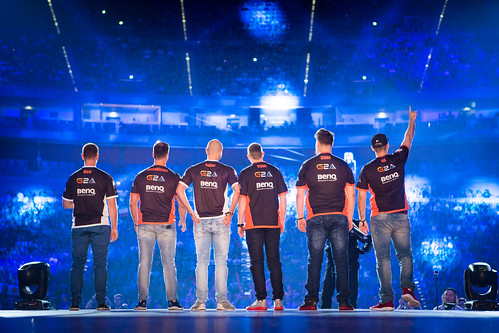 Is it time for the kings of Katowice to rule again?

From the 10th to the 12th of September, Virtus.pro and seven other top teams will be fighting for a US$250,000 prize pool in Dubai at the ESL ESEA Pro League Invitation and you can still get tickets for the show! Keep an eye on ESLGaming.com for more details about the event as we get closer and closer and be sure to follow ESL Counter-Strike Facebook and Twitter as well as the official ESL ESEA Pro League homepage to stay up to date!