As I’ve alluded to in the previous article, the fnatic era began right after ESL One Cologne 2014. Well, at ESL One Cologne 2015 the Swedes were at the peak of their powers, at the height of what can only be described as a ‘reign of terror’.

On the big stages, when everything was on the line, olofmeister & Co. thrived.

And ESL One Cologne 2015 offered the world’s best player the biggest stage in the history of Counter-Strike. 12.000 fans came together in the hallowed and sold out Lanxess Arena to cheer for whoever fnatic played against. 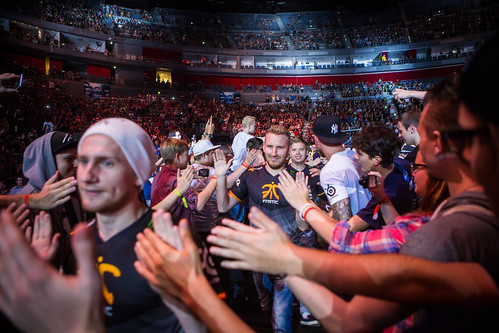 JW, flusha, pronax, KRiMZ and olof couldn’t have asked for better conditions. They were used to playing not just against the opposing team, but also against the crowd.

fnatic had that mental fortitude of a champion who knows he can’t lose. They believed in their own abilities with so much conviction, that their opponents started believing it too, feeling like there is nothing they can do, and so it becomes, a self-fulfilling prophecy.

They were feared for their Tec-9 force buys. They drove that Tec-9 train into a bombsite and overwhelmed whoever was trying to defend it.

And if they got into trouble every once in awhile, they took a timeout and didn’t lose a single round for the remainder of the match.

That’s exactly what happened in the dream final against Team EnVyUs, the only squad considered a threat to the Swedes. Both teams cruised to the grand-finals quite comfortably.

The French were never in serious trouble against both Na’Vi and TSM. flusha’s boys easily dispatched of Luminosity in the quarters and Virtus.Pro in the semis.

The first map in the final was de_dust2. fnatic was down 7-14. Up to that point, EnVy was in total control of the game, it wasn’t even close.

Then fnatic took one of their feared time-outs. The rest is history. The map went into overtime, and the Swedes won 19-15. Right there and then, they broke nV’s will, as they took the second map de_cobblestone 16-7, while an unbelievable 1.3 million people were watching live via Twitch.

With that title fnatic probably secured GOAT status. Yes, it’s debatable, an argument for NiP can be made. But three majors, two of them back-to-back, in a much more competitive era outweighs one major and that 87-0 run, in my opinion. 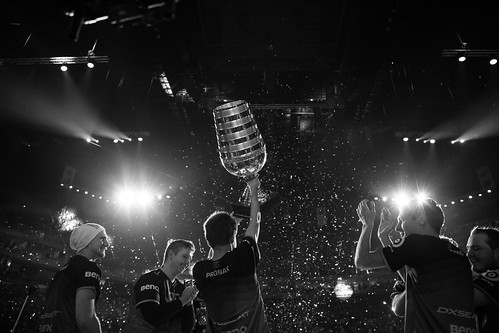 The rest of the field, facts and numbers

ESL One Cologne 2015 was the sixth major, and the first one without the Ninjas in Pyjamas in the finals.

Team SoloMid (previously Chokenitas) was still plagued by the semi-final curse, which brought a lot of pain to their fans, and a lot of joy to all the other fans. This time they had to surrender to nV in the semis.

NA continued to disappoint at the majors. Two teams were representing the region, Cloud9 and CLG, and both were eliminated in group-stage play.

The opening match between NiP and CLG had 750.000 viewers! The final between fnatic and EnVyUs a record-breaking 1,323,960 concurrent viewers on Twitch. 27 million unique viewers followed the tournament over the course of four days, which adds up to 34 million hours, or 3879 years. A lot of CS has been watched.

Check out all the event numbers