ESL Meisterschaft - the ESL German National Championship - has had it’s finals over the last two weekends and all five games, CS:GO, LoL, FIFA 15, Hearthstone and SC2, have had new champions lifting the trophy at the end.

After two days in Duisburg, with the CS:GO, LoL and FIFA 15 finals on an open air stage, we saw the final four of both Hearthstone and StarCraft II meet last weekend to find their respective champions. As Hearthstone was newly added to the ESL Meisterschaft, everyone was interested to see who’d come out on top of this tournament.

Hearthstone:
The audience in Cologne saw MaynardTcoX eliminate Seeker by 3-1 in the first semi final, before Bors and Vascro went to a full five games, with Bors eventually advancing to the grand final. Here MaynardTcoX once again dominated the series and managed to become the first ever Hearthstone champion in the ESL German National Championship with a 3-1 victory over Bors. 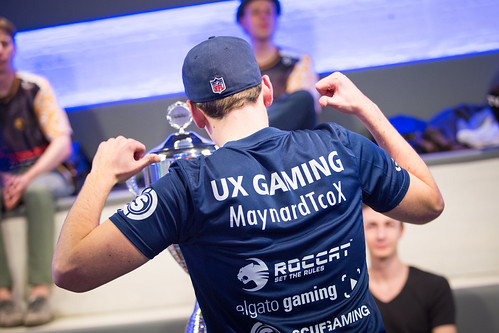 StarCraft II:
With ShoWTimE out of the way, many fingers pointed at Marine as the potential new champion. However, the semi finals of the tournament saw four players meeting on equal footing. First we saw Lamboking kicking out GoOdy, before Marine was able to advance to the final as well, with both series ending in close contested 3-2’s. The grand final needed the full five games yet again, resulting in Lamboking taking home the title for the very first time. 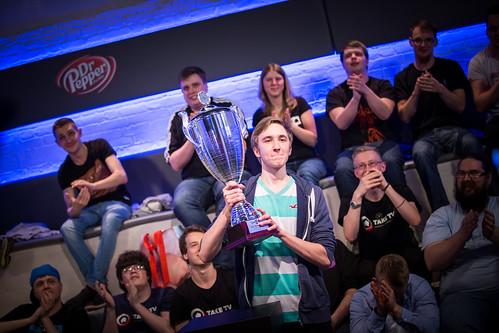 With mousesports in both CS:GO and League of Legends and Benedikt “Salz0r” Saltzer in FIFA 15, all five champions have been found and will now have the chance to do better than their predecessors and defend their title in the upcoming Summer season. To round up this review, you can find all English VoDs and the photos of the events right below!

We hope you enjoyed our overview of the ESL German National Championship. For more details (in German) you can visit the official website or check Twitter and Facebook.