IEM Oakland will use a best-of-one round robin format for two groups of six teams each. This means, teams in the same group face one another once. The two group winners move on to the semifinals right away, the second and third ranked teams play quarters first to determine the remaining two semi-finalists.

The playoffs will take place at the Oracle Arena and will use a BO3 format all the way to the grand finale, where we will then be gifted BO5 carnage.

Here are our groups:

Here are the first round match-ups for group A!

Ninjas in Pyjamas vs. Astralis

When gla1ve joined Astralis towards the end of last year, things right away turned around for the Danes. They went from a championship contending team to a championship team almost instantly. The result of course was an incredible run at the ELEAGUE Major, which saw them lift the year’s first major trophy. The Astralis era was a foregone conclusion. Just, it never happened.

device and his boys won another tier-one event at IEM Katowice in March, but that’s it for gold medals. This of course isn’t enough to claim an era as yours.

While Astralis continuously showed solid performances at most events they attended, it almost seems as if they fell back into old habits – choking, is what I’m talking about. A lot of 2nd, or 3-4th place finish in the second half of the year, without a trophy.

The reasons are difficult to pinpoint. But one things that certainly doesn’t help, is that Kjaerbye lost his form from late 2016, early 2017. He was the star of the ELEAGUE Major and rightfully won the MVP award. He’s been struggling extensively throughout the rest of the year. He might be the decisive factor in swaying the fortune the Danes’ way once again in their quest of getting those gold medals.

There’s no sugar-coating this, 2017 has been a lousy year for NiP. The best the Swedes could do at tier-one events was 3-4th place finish at DreamHack Malmö. At every other major tournament, they stood no chance against, simply put, superior opposition. In addition, they will again miss the upcoming Major, which has to be devastating.

NiP did manage to win DreamHack Valencia, but anything else would’ve been a disappointment as they were the clear favorites coming into this event that featured mainly tier-two teams.

Coming back to DreamHack Malmö, their first event with the newest addition, REZ. The Ninjas showed great promise in their home country and lost to G2 in a very close series. The second map, de_cache, went into overtime, where the French managed to close it out. In that match, shox & Co. abused REZ on B. He seemed quite overwhelmed holding the site on his own. REZ is still quite new to this top-notch, high-pressure Counter-Strike, and it will be interesting to see next week if he has adapted in the meantime, as he undoubtedly possesses the talent.

The last time NiP and Astralis met was in EPL, where Astralis beat the Swedes 2-0. We shouldn’t put too much weight on that result, as there’s always a difference between LAN and online. Nevertheless, the Danes will enter this game as the clear-cut favorites.

Check out the three keys to victory for both teams:

SK has been at the top of CS:GO for nearly two years now, which is remarkable and even longer than the world-beating Fnatic of 2014/2015. This year has been a good one for the Brazilians all things considered. If you were to ask them, they’d probably disagree, mainly because of no glory at the majors, but 6 gold medals speak for themselves and should secure them team-of-the-year status once again.

Just past month, felps decided to step down from active duty, and he will be replaced by boltz. Truth be told though, even though SK had by all standards a good year, with felps they never looked like a team certain of its own identity. Always on the verge, but never quite there.

With boltz at EPICENTER on the other hand, they looked like they knew exactly who they want to be. With him as a stand-in, and without any training at all, they went to St. Petersburg and won the entire event, beating FaZe, Astralis and VP on their way to gold. With boltz in the team, coldzera and fer have more freedom to be aggressive, which helped them a lot in Russia. I see this version of the team becoming much stronger.

Team ENVYUS is on a ridiculous run when it comes to online qualifiers, seemingly first-placing all of them. Unfortunately, the same can’t be said of their performance at the tournaments themselves. It has always been one of Counter-Strike’s riddles – some teams simply can’t translate their online form onto LANs, and ENVYUS is a good example over these past few months.

In theory, The French should have all the necessary tools to succeed more frequently. Four of their players are extremely experienced. xms has improved dramatically since he joined the roster. RPK is in beast-mode already the entire year. Happy also performs up to par. It’s mainly ScreaM who has dropped in individual form, especially compared to his time in G2 last year.

If ENVYUS can break through or if they are doomed to stay in tier-two purgatory forever, I don’t know. But Oakland will be a good opportunity to gift their fans some hope. Still, a French victory here would be a huge upset.

The three keys to victory:

I am convinced that, regarding firepower, C9 is a top five team in the world. Their results however, speak a different language. C9 consistently beat weaker teams, but what defines a top five team in my eyes, is the ability to regularly beat those teams ahead of you and win tournaments. This is exactly what Stewie2k & Co. struggle with.

Still, the addition of tarik and RUSH helped the team to improve and evolve tactically. Especially in the latter area, tarik is doing a good job of making C9 more versatile. Who would’ve thought that tarik would the reins in a team with Stanislaw, hailed as NA’s #1 IGL.

In the long, I see these boys still improving. But we shouldn’t forget that they have now been together for three months already. And that threshold they need to overcome to truly join the list of elite teams is still far off. In my experience, after three months, teams usually are close to their peak potential. I hope I’m wrong when it comes to Cloud9.

Let’s say it how it is. The MongolZ are going to have a tough time at IEM Oakland. They haven’t attended a western event all year long, and when they have in the past, it usually doesn't go so well. 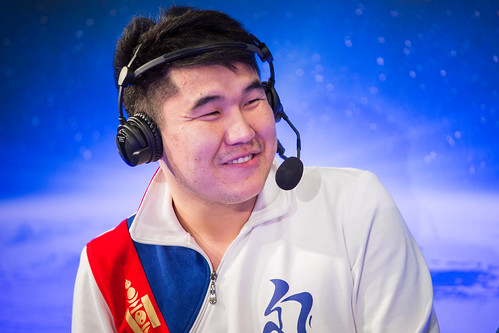 Machinegun is the player to look out for in the squad. He’s one of the Asian players who gets hailed as individually high-skilled, but when facing western opposition he struggles.

I believe there is a fair chance of the MongolZ going out of the group stage without a map win. Their best chance is probably against ENVYUS. The age-old problem Asian teams face remains the same – they are at a disadvantage when it comes to qualitative high-end training due to a lack of top teams, and it shows when they face the western stars.

Be part of IEM Oakland next week!

The world’s best teams are coming to IEM Oakland to compete for a first place prize of $125,000 and to enter into the Intel Grand Slam race.

Nothing beats the unforgettable experience of watching the world’s best teams compete live in a legendary stadium. Don’t miss out on this unique opportunity and join us at the Oracle Arena on November 18-19 - secure yourself a ticket today! And don’t forget to follow IEM on both Twitter and Facebook for further tournament updates.