The 2015 edition of ESL One Frankfurt is now over, with it having delivered a load of great moments Dota 2 fans will remember for years to come. Fan favorite Team Secret managed to beat not only the new Fnatic lineup and last year’s champion Invictus Gaming but also Evil Geniuses, who are now the three-time runner-up at ESL One’s Dota 2 events.

Rewatch the event or catch up on what you missed with VODs of all the matches as well over 400 photos of the fantastic action at ESL One Frankfurt 2015!

Watch all the ESL One Frankfurt 2015 matches on YouTube! 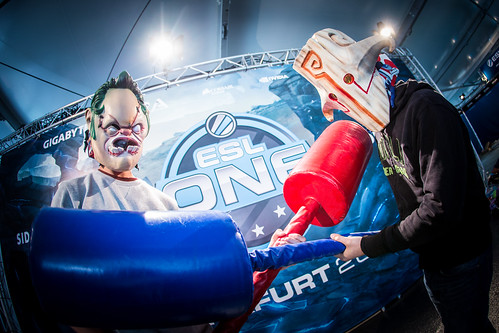 The results of ESL One Frankfurt 2015

Find the full bracket, seeding matches and more at the official ESL One website.

Thanks for watching and see you in New York!

We’d like to thank all the fans who helped make this weekend special for everyone involved! Whether you were in Frankfurt watching the event in person or joined us via in-game broadcast or Twitch.tv, we hope you enjoyed ESL One Frankfurt 2015 as much as we did.

Stay tuned for more post-event coverage this week as well as details on our next ESL One events: CS:GO at the LANXESS Arena in Cologne as well as Dota 2 at the Theater in Madison Square Garden.