Ever since the CS:GO became beloved esports title on the big stage of gaming world, Europe has been the frontrunner in almost all tournaments. In the majors so far, European teams have not only hoisted the coveted trophy every time but they’ve also had to fight their European brothers in the grand finals and almost always in the semifinals. Only in the first ever major has a non-European team broken through to the top four - compLexity Gaming at DreamHack Winter 2013. 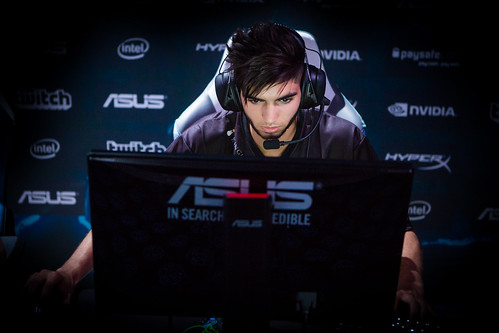 ScreaM is no stranger to the pinnacle of CS:GO

The European teams ran circles around their North American and Southeast Asian rivals ever since, taking home the prime spots in the majors exclusively. One thing to note, however: the top four rarely fluctuates. The old elite teams - the legendary squads - have been around for ages, controlling the scene and winning all the major titles. Flagship teams like Virtus.Pro, Fnatic, Team EnVyUs and Ninjas in Pyjamas have consistently battled for the championship while the second row of European talent sat back and watched the finals from afar.

This time, though, the chances for the young and hungry challenger teams are good and promising. Old legendary squads struggle, while the new blood is firing away. Returning major teams Flipsid3 Tactics and Titan are eager to make up for 0-2 group scores at Katowice, Team Kinguin is ready to jump on the major stage for the first time and Polish upset kings Team eBettle are looking to continue their Cinderella story. Who has the best chance of making a run for the big prize?

With Kinguin and eBettle, two new teams will enter the major stage, but for European veterans like Flipsid3 Tactics and French team Titan, this major is about redemption. A few weeks ago, at the last major event in Katowice, both teams failed miserably. Now a new opportunity dawns in Cologne - a chance for a fresh start. 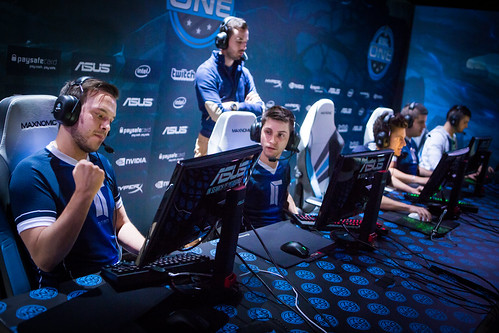 shox and SmithZz return to Titan

Titan especially needs to make up for the recent past’s mediocre results. Once slated as the dark horse in every tournament, praised for good team play and the excellent AWP skills of KennyS, the charm of the French team has vanished. Now the roster has changed: KennyS is gone, and with shox and SmithZz two old members of the Titan dynasty return. SmithZz brings a versatility and routine to the roster, a steady and solid all-around player. SmithZz might not be able to rival the flashy moments of a guy like KennyS with insane flicks and clutches, but he is one of the most consistent and trustworthy players in CS:GO today.

More along the lines of a clutch player is shox. One of the French stars from the old age, he is still one of the best clutch players with incredible aim out there. Albeit sometimes streaky and often going from hot to cold, shox is one of the best players in the world when he’s on. His play made French CS:GO into a success story back in the early days of the game, and now he returns to his old love to seek better results. During the qualifier, captain Ex6TenZ already showed his skill at using the new talents, even though they didn’t make it through with a flawless record. An unexpected overtime marathon loss against Team eBettle made the titans go on a detour through the lower bracket, although one in which they only lost two rounds on the way to Cologne. With the 0-2 score of Katowice still fresh in their minds, returning stars Titan look to reclaim to glory and cause havoc in Cologne.

The same goal exists for Flipsid3 Tactics. After a rough and cruel appearance in Katowice a few months back, the team had to rebuild and rethink their approach to CS:GO. A measly four rounds went in favor of FlipSid3 at the Spodek arena, sending them out with a -28 round score during the group stage. 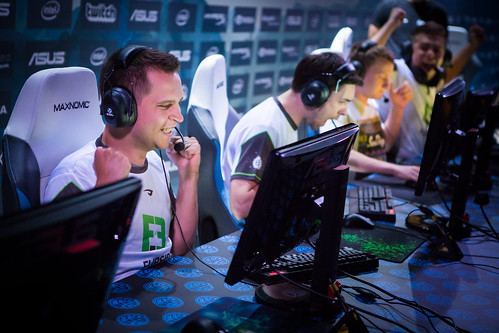 Will FlipSid3 have reason to celebrate in Cologne?

It’s time for major redemption in Cologne, though the roster situation and struggles are not looking promising for the Ukrainian-Russian mixture. With s1mple out of the mix and DavCost returning as a stand-in for this event, the team simply seems to lack cohesiveness in their roster. Obviously s1mple wouldn’t have been eligible for the major ESL event anyway as he is still serving his ban, but overall the team just rotates a lot. Throughout several ESL events, FlipSid3 alternated between three different stand-ins for s1mple, while also using Hiko for the recent ESWC 2015 showcase. Squeezing their way to the ESL One Cologne event, the lack of communication and team play became visible a multitude of times. FlipSid3 survived games and rounds by the skin of their teeth, edging out opponent after opponents. Throughout the European qualifier in Group A, the team had to go through overtime twice, while only barely avoiding a third one. In those clutch moments, though, the team and their individual skill prevailed, ending the major dreams of Penta eSports, Team Property, German squad KILLERFISH and last but not least Team Dignitas.

The question now is whether this FlipSid3 magic in clutch moments carry them past a tough group. The Brazilians of Luminosity Gaming, the restacked French squad of EnVyUs and the rising stars of Team Kinguin are all big-time high-caliber teams, so magic alone might not do the trick.

Rising to the occasion

The two veteran squads are accompanied by two newcomers to the majors. For Team eBettle, it will be the first time for them in any big tournament ever, while the star roster of Team Kinguin was designed to be a contender for the biggest CS:GO event titles out there.

Overtime galore between Titan and eBettle for a spot in Cologne

For eBettle, the biggest resume point is their run through the ESL Cologne qualifiers - a team that had to qualify for the actual qualifier then started to dazzle everyone. The Polish roster edged out everyone in their way, going to Cologne straight through the upper bracket. Finnish team Epiphany Bolt, Russian major veterans HellRaisers and French powerhouse Titan all fell to the Polish team - and in a slow and thrilling manner.

Just like FlipSid3 Tactics had done in Group A, Team eBettle did in Group B - pushing matches to the limit. Against Epiphany Bolt, it took two overtimes to settle for a 22-19 win, HellRaisers went all 30 rounds with the Poles while Titan had to admit defeat after three overtimes. Considering all the close 2-1 series from the first qualifier, eBettle seems to be a sure bet for close and thrilling games throughout the tournament. Whether that is enough to secure a top spot in the groups remains to be seen. 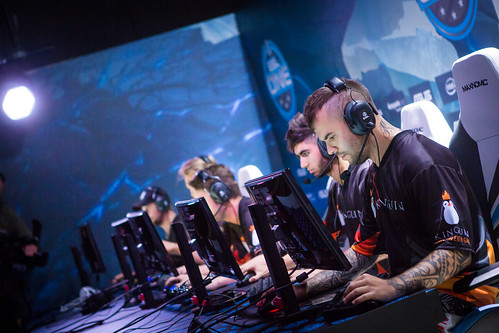 Definitely the potential to go through the groups and maybe even further is possessed by Team Kinguin. The all-star team around Belgian fan-favorite ScreaM and former NiP player Maikelele has been on a roll recently. After weeks and weeks of finding themselves and discovering the inner workings of a successful team, Kinguin seems ready for the next step. What started out as a roster with promising individual players, all incredibly talented and blessed with the raw aim, has been growing together slowly but surely. With star player, a good and reliable supporting cast and a strong organizational backing, Team Kinguin might be one of the dark horses of the tournament. What they’re made of will be tested straight away in groups as Kinguin goes up against KennyS and his new team EnVyUs as well as the Brazilian stars of Luminosity Gaming. Will the debut of the star roster be a success?

Be sure to join us at the LANXESS Arena in Cologne, Germany, for the greatest CS:GO event the world has seen! Visit the official website to get your ticket for the public viewing of the group stages, the ESL One Cologne finals and the After Show Party, and head over to the Esports in Cinemas homepage to grab a ticket to watch the ESL One Cologne finals live at your local movie theater!