ESL is about to welcome the CS:GO world to a major championship once more. Out of the six majors, this will be ESL’s fourth to host, after having previously crowned Virtus.pro, Ninjas in Pyjamas and Fnatic in Poland and Germany.

A few months ago, Swedish juggernaut Fnatic captured their second major title, a feat previously unheard of. Now the Swedes are on the lookout for a third crown, with plenty of other Legendary teams prepared to throw their weight around in order to keep them away from the big, silver ESL One trophy. Who will end up hoisting it in front of the crowd at the LANXESS Arena?

No matter how you slice it, the favorites of this event are without a shadow of a doubt Fnatic and Team SoloMid. Throughout the last couple of events, both teams have shown their strength and consistency - despite the slight hiccup at the ESL ESEA Pro League Season 1 finals. Back then it was Fnatic and TSM facing off against each other for a spot in the playoff bracket, not for the championship. Fnatic prevailed and later on went on to beat Cloud9 for the inaugural ESL ESEA Pro League title.

That slip-up was the only real trip the Danish team had to suffer through lately. Almost completely gone are the nervous jitters and chokes the squad was known for at big events. Piling up wins and trophies like hardly any other team in 2015, TSM is on the verge of claiming the top spot in the global CS:GO rankings, even beating out two-time major champ Fnatic. The only thing missing from the Danes’ trophy display is the major title. A few times they came close, but their struggle to close out big-time games against big-time opponents came back to bite them time after time. 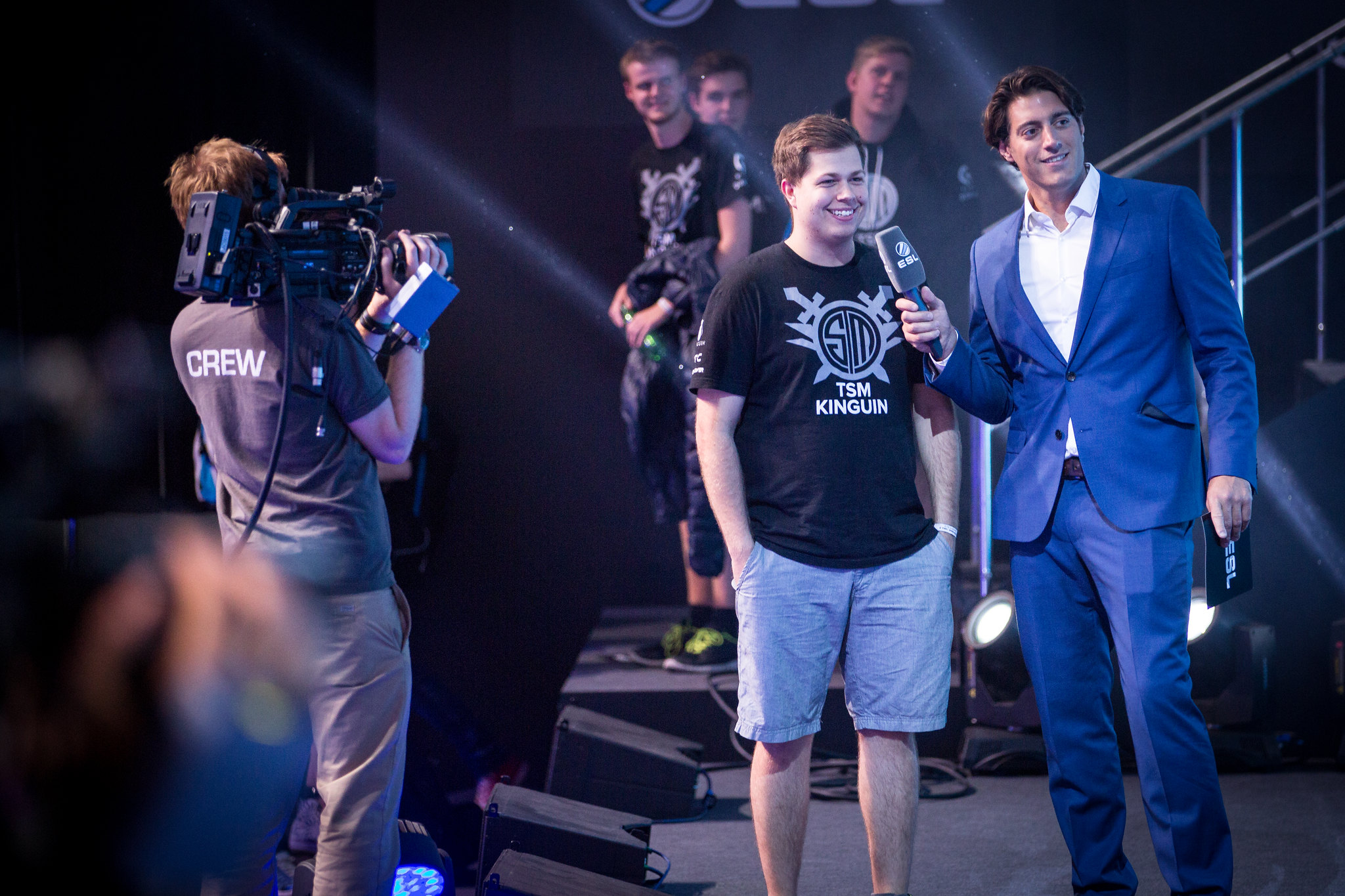 Will karrigan be all smiles in Cologne?

Still fresh in the team’s mind might be the series against NiP back at the Katowice major in May, when TSM couldn’t stop the NiP magic from taking over the quarterfinal series, leading to TSM being eliminated way earlier than expected. Since then, the team has been on a roll, with multiple tournament victories and most of them against Fnatic in the grand finals. More recently, the team couldn’t win at the Intel Extreme Masters event at gamescom, with the French EnVyUs beating them to the punch. Four times NV was winning over the Danes, making this major even more exciting.

With TSM in a good spot, Fnatic being on a hot streak and always turning it on for the majors, the two favorites are clearly defined. TSM might struggle against other teams from time to time, but they seem to have the edge in the head-to-head over their Swedish rivals. In the end, a thrilling and intriguing major might be decided by the shape of the brackets and how they play out. Can Fnatic dodge the direct duel? Will TSM lose before ever getting to their rivals? Can another team capitalize off that?

Just as sweet as the first time

TSM being a favorite, despite not having the major title under their belts, might seem unorthodox, but given the most recent results, it’s warranted. Two other previous major champs are sitting in the wings, waiting for their time to come once more. Virtus.pro and EnvyUs have showcased a different approach to the build-up to the major. While VP has stuck with the same five for more than a year now, keeping them through thick and thin, success and misfortune, EnVyUs decided to pull the trigger on two major changes following recent disappointing tournaments. Popular players shox and SmithZz had to leave the French stack, making room for AWP genius kennyS and apEX.

The success of those roster changes was visible immediately at the most recent CS:GO showcase on German soil as EnVyUs demolished the competition at gamescom. Shades of the dominant past were visible in the way the French roster picked apart their opponents - only one single loss out of the nine games played, winning against the best teams on the planet. Four decisive wins over TSM, three wins over mousesports and one against CLG - only dropping the ball once against hometown heroes mouz. The French seem to be back in action and more importantly back to their old selves. Gone are the collapses, gone is the frustration, gone are the long faces after defeat. The sample size for the turnaround of NV might be slim, but fans of the brand and the players can look into a brighter future. With kennyS, a big-time AWP presence returns to the team, apEX is a solid all-around player and the core of the leadership has not changed. If NV can keep up the momentum from gamescom, they will be a force to be reckoned with, just as they used to be at the major stage. 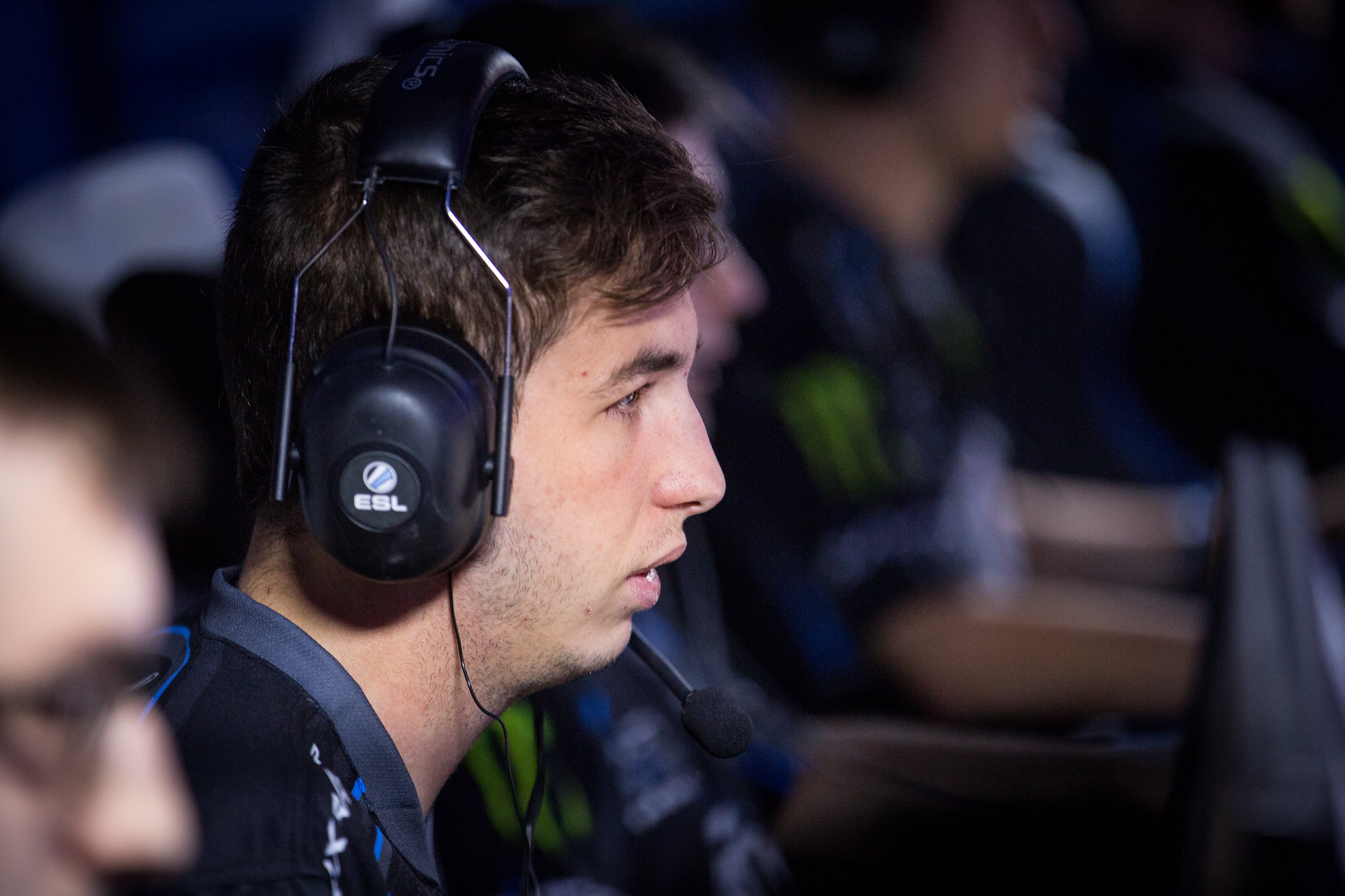 kennyS in the new Envy look

The same can be said for VP, who have been a bit more quiet over the past few months. Taking care of private matters, celebrating a marriage - all those things took priority for the proud Polish team. Still, the last time VP was on the big stage at the end of July they walked off with the trophy in hand. Back then, it was the CEVO Season 7 finals and a 3-1 victory over Na’Vi, while also beating Luminosity Gaming and Cloud9 on the path to the title. They also laid claim to a good third/fourth place at the ESL ESEA Pro League finals with a very narrow and close loss to Fnatic in the semis, a second place throughout the regular season and a second place at the Gfinity Masters in the spring using a ringer - VP is not to be trifled with.

After not having been able to defend the crown in front of their home crowd and instead seeing Fnatic getting the Polish fans’ standing ovation, Virtus.pro is back with a vengeance - back to claim their major trophy. Will we see Virtus.plow again? Can the French pull it together again?

A bag full of surprises 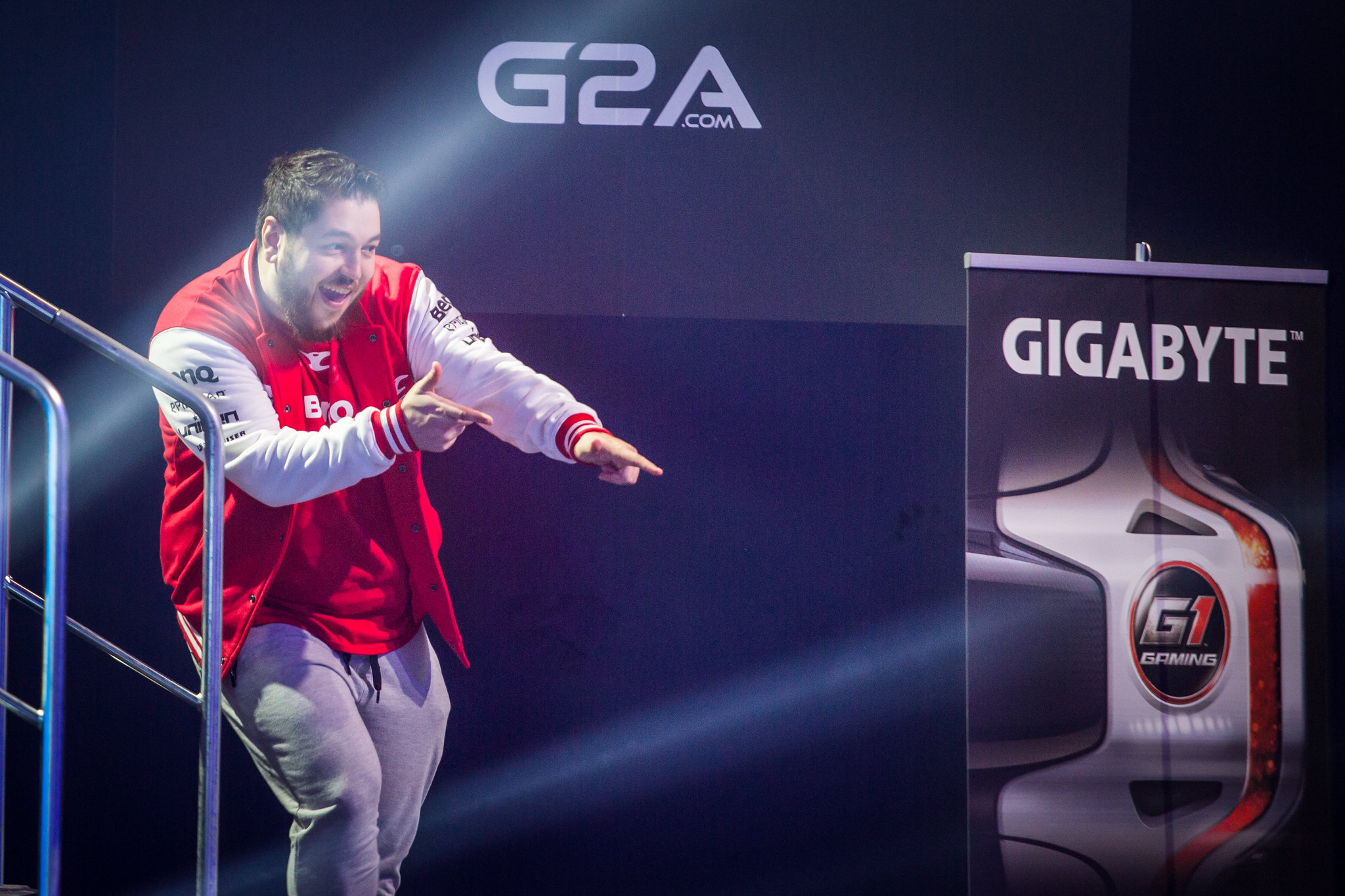 Fun returned with gob b

The dark horse tag holds true for mousesports and Na’Vi, who have been on a roll recently. For mouz, the glorious return to relevance in Counter-Strike is a blessing, not only for the organization but also for the German CS:GO scene. Now those fans have something to cheer for again, a team they can pin their hopes on. That also comes with a familiar face to unite the old CS 1.6 enthusiasts and the new CS:GO fans - captain gob b. Ever since he rejoined his old love mouz as a shotcaller, the team has done remarkably better and is now in a position to cause upsets.

At the gamescom event, mousesports was the only team to take a map from EnVyUs. They also destroyed Renegades at gamescom while keeping all their other matches very close. An overtime loss to NV, a 13-16 defeat against NV and a Dust 2 loss against TSM are nothing to be ashamed of as they validate the good trend the team have had ever since the trip to the CEVO finals. Out there in Columbus, they might not have reached the grand finals but they topped their groups against Cloud9 and CLG while only losing to the other dark horse in this batch of Legendary teams - Na’Vi. 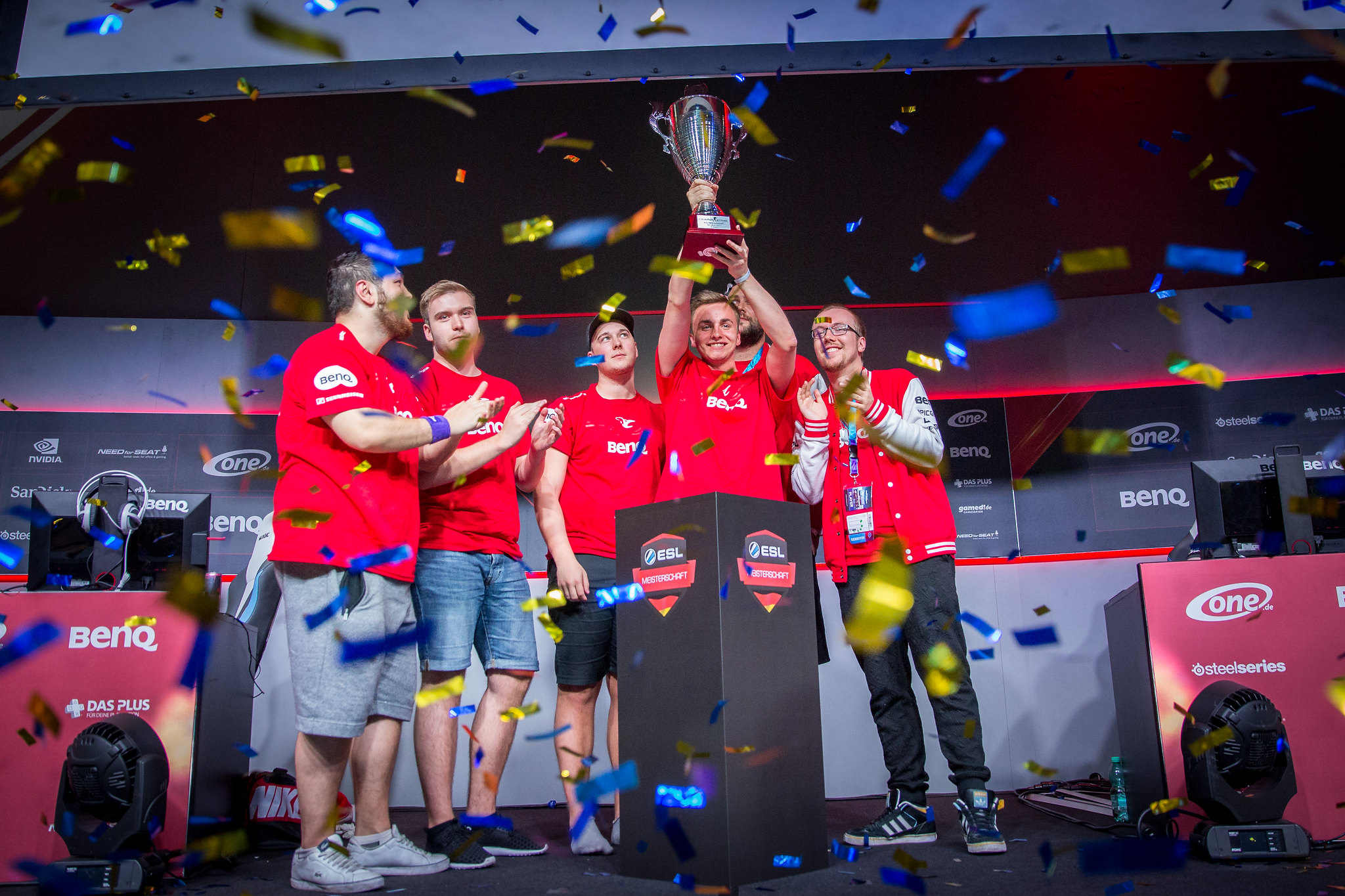 mouz is riding in on a wave of momentum

The Ukrainian organization with the tri-national roster of CIS superstars is coming off one of the organization’s most successful stretches in CS:GO - a title at the StarLadder Series XIII over EnVyUs, the championship at the ESWC 2015 over Cloud9, followed a runner-up spot in Columbus for the CEVO LAN. Na’Vi is living up to their name recently, hoping to convert that energy to a good major performance - something the franchise has not done consistently. As one of the few organizations to be present at all five majors, only once during the Swedish winter of 2014 did they actually claim a top four spot. Before that it was a top eight spot twice and a last place in the groups twice. Which Na’Vi is going to show up to ESL One Cologne?

The same question can be asked of the struggling Legends in the mix. Both Luminosity Gaming and defending ESL One Cologne champion Ninjas in Pyjamas have something to prove following shaky results in the most recent past. Luminosity - formerly known as Keyd Stars - might have made it to all the big tournaments recently, but struggled upon arriving. A second to last place in the groups at ESWC and a mediocre 5th/6th finish at the ESL ESEA Pro League - tournaments have not been nice to the Brazilian bunch. 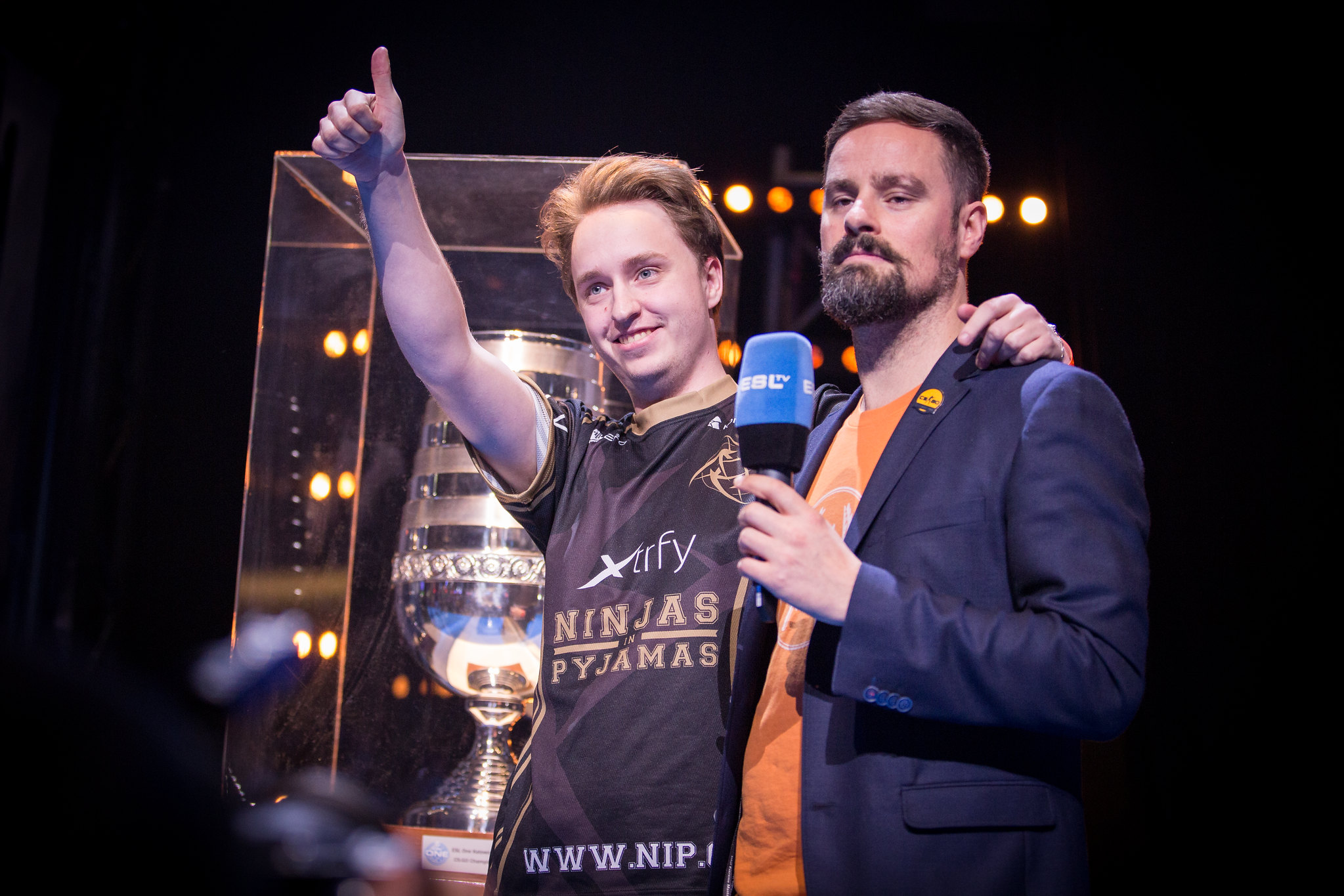 Thumbs up for NiP this major?

For NiP, it was missing the cut for the ESL ESEA Pro League finals while also not having any big tournament results leading up to the major. No matter what, though, NiP has a knack for playing their hearts out when the big lights are on and the pressure gets to other teams. The veteran squad is the only team in history to have reached all five major tournament grand finals, being the bridesmaid twice before finally winning at ESL One Cologne 2014. Now two more bridesmaid appearances have passed - is it time for a second title in Cologne for the Ninjas?

Are you ready for ESL One Cologne?

The biggest CS:GO event in the world is almost sold out, so be sure to secure your ticket while you can to join us for the next Valve major! However, if you can’t make it to the LAXNESS Arena for the finals, you can alternatively watch the games on the big screen of your local movie theater thanks to Esports in Cinemas - can grab your ticket here!