Admin
Turtle Entertainment GmbH
Share this article:
Tweet
Up-and-coming MOBA SMITE turned heads this weekend with its first ever EU Pro League Kickoff event at the ESL studios in Cologne, Germany. The event was a ton of fun, with fans from all over Europe showing up to fill the ESL Arena and cheer on their favorite teams. In case you missed it, here are the results from this week’s tournament including the VoDs. 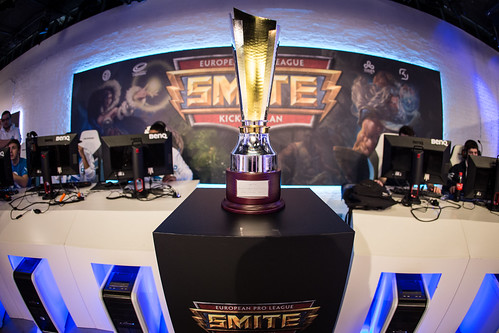 Semifinal Match 1: Cloud 9 vs. SK Gaming
For the first match, crowd (and caster) favorite Cloud 9 took on underdogs SK Gaming. SK Gaming came out of the gate hot, showing everyone that they deserved a second look after a solid showing in the first game. People remained unconvinced moving into game two, though, still expecting to see the dominant Cloud 9 put down SK Gaming convincingly. The story soon shifted, however, as SK once again crushed Cloud 9 convincingly. SK looked incredibly strong moving into the finals. While Cloud 9 have performed extremely well against their opponents to date, the players had never been at a LAN event together and it showed. SK’s week-long bootcamp definitely seemed to have got the guys ready for a LAN event.

Semifinal Match 2: Team Coast vs. Team SoloMid
TSM has made a name for itself across many games. As far as eSports events go, you can always expect to see a TSM team representing the organization with some phenomenal plays. Team Coast, on the other hand, hasn’t been able to make many waves in the SMITE scene yet, a fact that changed at the Pro League Kickoff event this weekend. While the match was much closer than Cloud 9 vs. SK, the underdogs still prevailed in game three. This match showed that a new title brings the potential for the unknown teams to wrest control from major names like TSM and Cloud 9.

Grand Finals: SK Gaming vs. Team Coast
The Grand Finals for this event were a David vs. David story, with no one quite knowing what to make of the two teams heading into the final. With a relatively new title and fresh teams, it was anyone’s game. It added to the hype of the match, as it was almost impossible to tell who would walk away with the grand prize at the end of it. Team Coast Blue took game one, looking pretty strong as SK tried to figure out how to get around the solid Coast pick/ban phase. In a surprising move, SK Gaming made use of the rarely seen god Thanatos to secure victory in games two and three. SK built and played around Thanatos so well that they forced Coast to ban the god for the rest of the match.


The match turned into a nail-biter as Team Coast found their footing with Thanatos out of the picture and won game four. Going into game five, Coast immediately banned out Thanatos, hoping to once again take the advantage away from SK Gaming. SK Gaming countered with a risky Nemesis pick, hoping to turn Coast’s advantage into a deficit. The risk ended up being well worth it as SK Gaming was able to take down the Titan after a three for zero fight at the Fire Giant at the 23 minute mark. 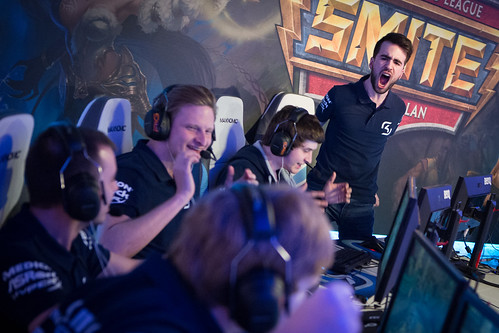 Congratulations to SK Gaming on their victory! This season’s Pro League is definitely off to an exciting start. As we’ve seen, any team can take a match off the others, and anyone has a shot at being at the world finals in Atlanta. For more coverage of the SMITE event, check back here at ESLGaming.com tomorrow, and if you want to check out all the SMITE VoDs for all of the events so far, head over to https://www.youtube.com/smitepro.
Share this article: