Hans Oelschlägel
Editor / Content Manager
Share this article:
Tweet
0 total shares
Did you know that the upcoming SMITE World Championship is going to pay out more than the Tour de France?

Let that sink in for a minute: the world’s biggest cycling race forked out over US$2 million in prize money last year, but SMITE, despite being a relatively young esports title is already exceeding that number handily.

The World Championship prize pool has been growing steadily over the past few months, and has now reached almost US$2,600,000 two days before the event is due to start.

The current US$2.58 million prize pool places the SMITE World Championship as the world's third biggest esports event in history. It comes in just behind the 2,87 million The International 2013 had with its first iteration of the compendium model and ahead of the 2,13 million League of Legend's 2014 Worlds event.

However, the huge tournament is not only impressive in the context of the gaming world - the World Championship’s prize purse can also compare to those of some of the biggest traditional sporting events. The immense prize pool eclipses that of prestigious big-name competitions like the Kentucky Derby, which shells out only US$2.2 million in comparison. The winning horse receives US$1.4 million, which is slightly more than the winning SMITE team, but that’s only due to the difference in prize pool distribution. 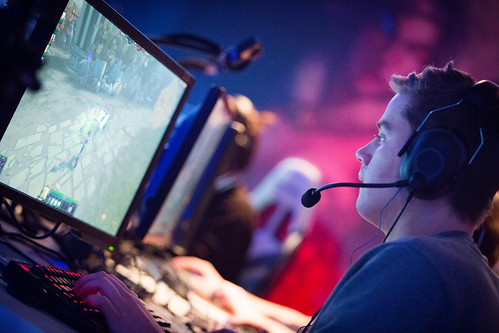 In SMITE’s case, 50% of the total prize money goes to the winning team, which is close to US$1.3 million. This equates to around US$255,000 per player. On paper, the five winners of the SMITE World Championship will earn more money for their performance than the Seattle Seahawk players got for their NFL playoff run and eventually winning the Super Bowl, which was ‘just’ US$180,000. Then again, it’s always difficult to compare esports earnings to those of traditional sports, as most professional gamers don’t have the luxury of earning a steady salary throughout the season.

The players can earn almost as much as the winner of The Open, one of golf’s biggest competitions, who receives close to US$1.5 million for coming in first. Winners of world-famous sporting events like the Tour de France (US$450,000) and the Dubai (US$200,000) and Boston marathons (US$150,000) don’t even come close to the first place prize money being offered in the SMITE World Championship.

If you look at esports titles and their total tournament payouts since their respective releases, SMITE currently comes in as the eighth most rewarding video game of all time thanks to the overwhelming community support for this year’s World Championship. Despite being a fairly new title, SMITE also ranks ahead of longstanding games like World of Warcraft as well as powerhouses such as World of Tanks. If the World Championship becomes an annual event with similar numbers, SMITE will continue to catch up with established titles such as CS:GO and StarCraft II as one of the most lucrative esports titles around.

This development is a huge step for the relatively young game as this not only ensures that the first World Championship is a huge event, but will also put SMITE on the esports map for months to come. From January the 9th to the 11th, Atlanta will see the top SMITE teams from all over the world battle over this historically huge prize pool in its first ever competitive season.

Interested? Be a part of esports history and watch this rising third-person MOBA being played on the highest level this weekend!
Share this article: