Philipp Saedler
Senior Editor
Share this article:
Tweet
0 total shares
It’s been a while since we saw Virtus.pro triumph at Katowice, winning the second US$250,000 CS:GO tournament ever in front of their home crowd. Still smiling, Ninjas in Pyjamas walked off stage to leave the spotlight to TaZ and his team, the home crowd also cheering for them regardless. However, it was the second time GeT_RiGhT and his team stumbled in the grand final, missing the big hit as a result.

Two US$250,000 tournaments have been and gone, and the longest-reigning top team of the CS:GO scene has underlined their ambitions time and time again. However, so far they ‘only’ have two second places to their account, twice having lost at the worst of all moments - the grand finals that decide who takes home the lion’s share of the biggest CS:GO prize pool of all time. Both Fnatic and Virtus.pro found a way to not only bring NiP down but also win in a solid manner, leaving no doubt about who deserved to be the tournament winners.

Heading towards the third of these huge US$250,000 tournaments, NiP has once again been invited to take part, their underlining of their recent good performances by winning DreamHack Summer making them one of the big favorites to win ESL One Cologne. 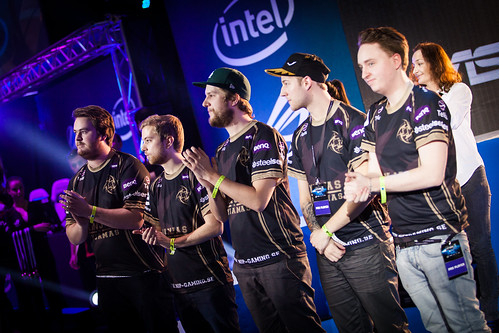 However, they were also a favorite before Dreamhack Winter as well as Katowice.

Dark clouds ahead: can NiP break the ban?

The CS:GO competitive scene has grown. Ever since emerging from ROCKSTAR, a mixed Swedish team made up of skilled and well-known players, to become the reincarnation of Ninjas in Pyjamas, NiP have had to face some big names on their quest to win tournaments. Over the course of 2013, things changed for GeT_RiGhT, f0rest, Xizt, friberg and Fifflaren, with Titan taking over the position of favorite for a while before DreamHack Winter 2013 marked the point at which more and more teams began pushing towards the level that only two teams had been at before. Fnatic broke that dominance at - for them - the best possible moment, taking home US$100,000 of the biggest prize pool in CS:GO history. The unlucky second? Ninjas in Pyjamas.

Katowice showed everyone how champions can fall, with Titan, Na’Vi and Clan-Mystik all good examples of how the face of the CS:GO scene has shifted.

It’s no longer only a few teams getting to the top and competing for the tournament trophies. Titan, LDLC and LGB can all attest to that after having been kicked out of Katowice by Virtus.pro, a team many had down for some dark horse performances but no big wins. The whole discussion surrounding the legitimacy of the pre-qualified teams for ESL One Cologne due to their performance at Katowice shows that very well. There are no longer only eight teams competing for the prize payout, and, every now and then, new players and teams hit the stage, longing for their one big chance.

Could NiP stand seeing another team succeed once more?
For Ninjas in Pyjamas, ESL One Cologne might turn out to be one gigantic proving ground, giving the team an idea of where their path will take them in the near future. So far they’ve missed out on putting their names at the top of the board at DreamHack Winter and Katowice. Failing in Cologne could add more fuel to the fire, thus highlighting concerns about the team’s lineup policy and possibly making them doubt their overall success rate since the start of the CS:Go era.

Is the challenge ahead of NiP the perfect opportunity for them silence the flamers once and for all, or could failing to win a third time break the team who has entertained us for so long now? Let us know what you think in the comments below.
Share this article: