The best StarCraft II players from Europe and America convened in France this weekend to see who would become the 2015 Season 1 Premier League Champion. Would fan favorite Snute make it out alive? Would Hydra take the expected win? Read on to find out!

Expedition Lost ended for TLO and Hydra almost immediately, with Hydra picking off 18 drones with his zerglings and taking the map. On Overgrowth, where both players built roaches, the Little One’s small roach count lead was not nearly enough to counter the fact that Hydra was up two upgrades on the Liquid player, and TLO had to bow out. On Catallena, Hydra streamed lings across the map, and when TLO tried to counter, he was chased out. Though he tried hard to stay in the game, TLO couldn’t hold when Hydra’s 15 roaches and follow-up lings arrived at his base. Hydra took the series, 3-0. 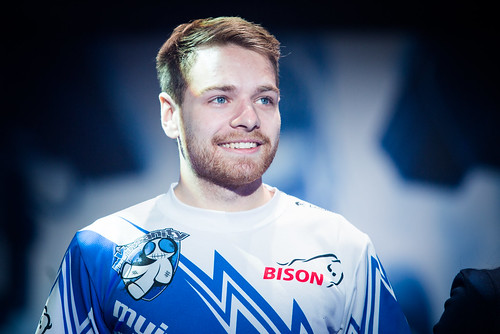 This matchup began amid much speculation: both players are skilled, and both were showing their top play in recent days. On Vaani Research Station, ShoWTimE’s slow push with a colossus, stalker and storm combo took out Kane’s roaches, locusts and vipers at the Zerg base, giving the German player a 1-0 lead. He followed it up on Catallena with amazing force fields at Kane’s third that won the game.

Kane got greedy on Overgrowth, eventually infiltrating all bases and taking a 100-supply lead before ShoWTimE gg’d, putting the series at 2-1 ShoWTimE. With Deadwing as the fourth map, Kane took a huge supply lead, but in a base trade moment, ShoWTimE exploited the power of his void rays and forced the GG, taking the series and moving on to the semifinals.

These teammates were in an interesting position coming into their quarterfinal match. Despite Snute’s earlier assertion that facing Bunny would mean an easy win, Bunny actually has a 7-1 record in series against Snute. One of them would move on to the semifinals. 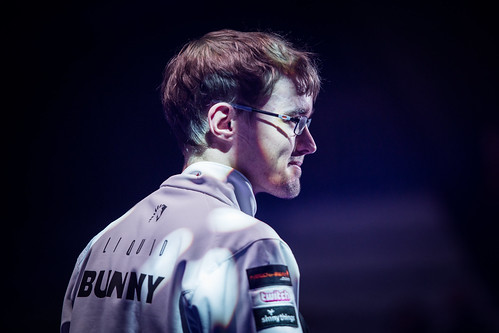 On Inferno Pools, horizontal spawns made for a swift match. Snute made armored roaches, keeping them hidden until 10 minutes into the game, when he ended it at Bunny’s base. Up 1-0, Snute let go of too many drones on Vaani Research Station and Bunny ended the game - an economic one, for Snute, with a marine push. A hellbat push by Bunny on Catallena saw the Terran take a perfect position, pushing Snute down to half Bunny’s supply and closing out the map. Bunny led, 2-1.

Map four is an absolute must-watch. Both players had built gigantic armies by the late game on Deadwing, where Bunny played from ahead with 3/3 upgrades. Snute was losing bases, Bunny lost a planetary fortress and Snute kept his mutalisks moving around the map, trying to deal damage wherever he could. Bunny destroyed the mutas in a final engagement, winning the game for the Liquid Terran and ending the Liquid Zerg’s WCS season. 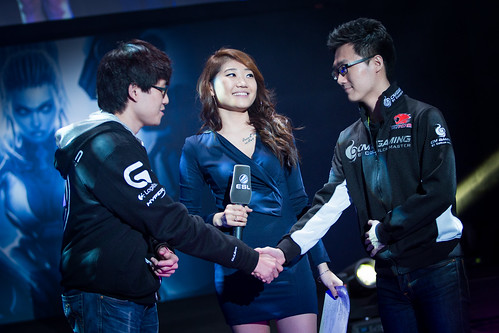 Polt went into this series knowing that he was on an 0-5 run against ForGG. On Overgrowth, ForGG chose aggression, moving in with tanks, marines and  a small group of vikings, taking Polt’s natural and the game soon after with hellion reinforcements. Both players opened similarly on Vaani Research Station, but Polt had siege tanks and ForGG didn’t, which eventually lead to his demise in a big engagement for Polt, who tied up the series 1-1.

Catallena saw Polt first holding off ForGG’s mid-game pushes and later floating a ton of minerals as ForGG took out his buildings. While ForGG’s whole army was on the other side of the map, Polt’s army moved into the Millenium Terran’s bases and kept the pressure on until ForGG had to tap out, making the series 2-1 Polt. On Deadwing, ForGG tied it up with hellion pushes and eventual tanks, which he built three at a time as he gained supply and Polt sat at 13 workers to ForGG’s 64.

Inferno Pools completed the match - and the audience was thrilled. Polt slowed ForGG’s economy and pulled ahead by over a dozen workers, then pushing into ForGG’s base forcing him to attack tanks instead of bio, which put Polt far ahead as he moved forward with vikings. One more scan on the natural showed Polt he had won the game and he made his final push, full of stim and on to the semifinals.

On Expedition Lost, we saw Hydra take on a less experienced ShoWTimE, who was coming off a PvZ win. Hydra went into the match confidently, believing he’d execute a 3-0 win. ShoWTimE started by taking the gold base, and Hydra by attempting a scout, which the Protoss blocked again and again. Eventually Hydra did manage to catch the movement of a warp prism with his lings. ShoWTimE went for an eight-gate all-in, breaking it into two parts, but after the first slam up against the hydralisks, he truly couldn’t recover. One more attack and the drop of the warp prism made Hydra’s hydralisks literally dance - twice - and ended the game as he pushed back the Protoss army.

Catallena saw ShoWTimE taking a crack at an early expansion. When a ling tried to scout, he was offed, and Hydra remained in the dark. ShoWTimE then started putting on pressure, with four stalkers attacking speedless lings, then recalling and moving an oracle into the mineral line at the main. Hydra’s drones led it away, but ShoWTimE still took on the third base, getting ten drone kills to start. However, a sentry death and the lings that eventually got into ShoWTimE’s base, revealing everything, turned the game in Hydra’s favor. 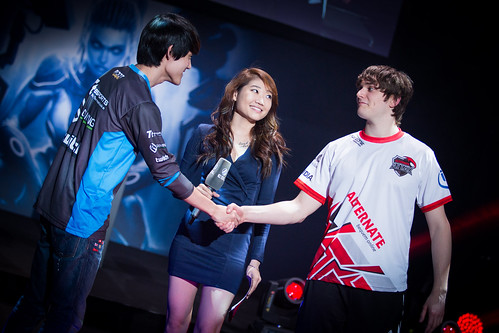 As ShoWTimE went for another eight-gate play, Hydra went - yep, you guessed it - hydras, and the Protoss attacked, blinking on top of the hydras before the Zerg pulled drones and pushed him off, starting a viper on the back of the defense. As ShoWTimE’s economy faltered, he attacked the main and was pushed back again, still with only +1 upgrades. In that moment, Hydra made the choice to end the game, pushing the Protoss all the way to his own base. With double his opponent’s army supply, Hydra offered himself up for three more engagements. The final one ended the game with a blinding cloud instead of a dance.

Hydra was 2-0 up on Overgrowth as he took his gold base, followed by a natural and a full map scout. As the game marched on, ShoWTimE canceled his third with a bit of pressure rather than defending, then mistakenly went double twilight council (which he later realized). 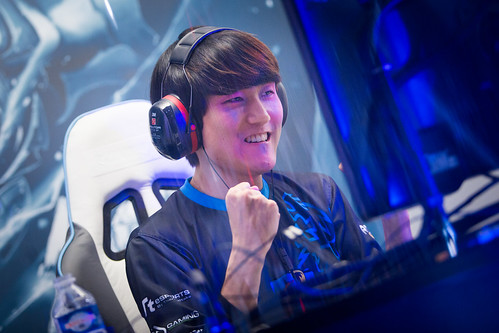 With double army supply, Hydra moved in, but ShoWTimE shut his hydralisks down with force fields, and the Zerg pulled back, then moving toward locusts. ShoWTimE was in no way ready for Hydra’s switch, and didn’t see swarm until Hydra’s creep had already made its way into his opponent’s territory, when he finally began building a robo bay.

But it was too late. Though a few forcefields held off a large part of the Zerg attack, some locusts broke through, followed by grabs on the immortals. ShoWTimE kept blinking back, but to no avail, as roaches and hydralisks moved in and trashed the third base. With a 75 army supply lead, Hydra pushed on, taking the game and the series. 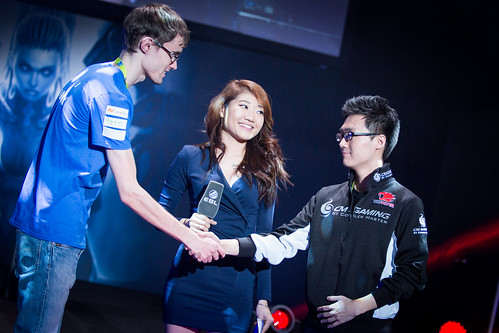 The second semifinals match pitted Captain America against the final foreign hope, Bunny. While Polt has taken two WCS championships in the past, Bunny has been aching for one and just showed it in his maps against Snute.

On the first map, Catallena, Polt found himself out of position and didn’t get too deep into the late game before Bunny had taken the win. Map two, Vaani Research Station, saw Polt massacre all of Bunny’s main base SCVs with hellions. Bunny reacted and eventually matched the worker count, but still needed more as Polt attacked with siege tanks, marines, medivacs and hellions, nailing the offense and taking map two to tie the series. 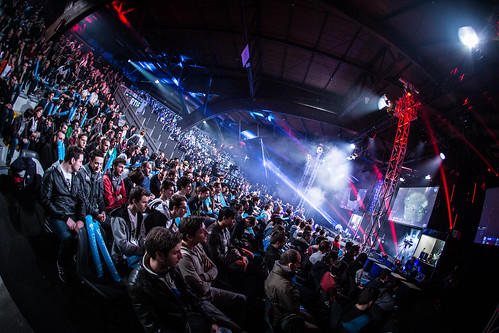 That dumped us on to Inferno Pools, where we watched one of the most beautiful games of the season. Polt could have lost to Bunny’s five reapers at the beginning of the map, but a quick reaction kept him hanging on, albeit with a nine worker deficit. As Bunny attacked again at 13 minutes, he positioned himself perfectly outside the natural and picked off over a dozen more SCVs. However, by 15 minutes in the players were roughly even, trading attacks. Bunny’s tank positioning in his planetary’s mineral line led into a base trade scenario where he showed off his positioning skills at a new caliber, sealing Polt’s fate on Inferno Pools with tanks and marines. Bunny led the series, 2-1.

On map four, Expedition Lost, both players went factory first and a fast second gas. Polt opted for banshee, siege tanks and vikings and took the offensive line. Bunny countered, and Polt used his banshee for everything it was worth to tie up the series. 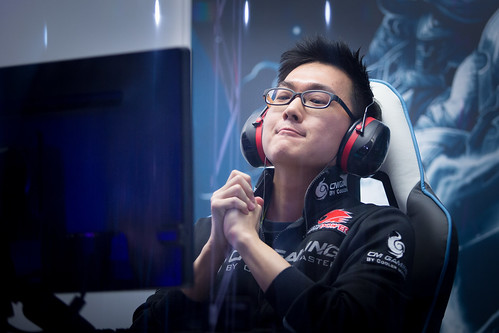 Bunny kicked off the action on map five, Deadwing, with a surprising tank drop that took out some of his opponent’s marines. He followed up with a three command center build and banshees, one of which Polt picked off. Polt, on the offense, placed siege tanks outside of Bunny’s natural, where the Liquid player waited patiently until combat shield finished. He killed off Polt’s tanks and marines. In the end, Bunny’s follow-up drop on the main was not enough. After two big mid-map marine engagements, Polt took the series.

You can find the VODs here, and be sure to stay tuned for our in-depth look at the WCS finals!

The action resumes on the 11th of April as the next batch of qualifiers begin - get all the latest information here.