Saturday, November 14th, will mark the second day of the Frankfurt Major and it will allow us to see the remaining eight teams from groups C and D in action. We already took a closer look at groups A and B and you can expect a lot of excitement in the final two groups as well. Let check out what they have in store for us.

Another day, another tournament win for Team Secret? At the rate they are winning trophies, it might well come to that! After Team Secret lost every team member except Puppey in the wake of TI5, many people thought it would be hard for the new squad to reach that level of quality again, or that it would at least take while. But Team Secret wasted no time to completely roll over the competition, coming second at ESL One New York and winning the MLG World Finals, as well as the Nanyang Championships. The sky's the limit for them and they are most definitely the team to beat in group C. 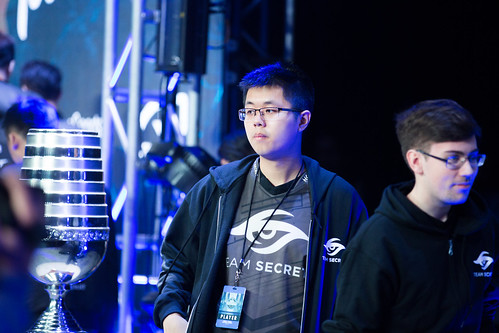 Trying their best to kick them off the pole position will be Newbee’s youth squad, Newbee Young. The team is relatively unknown outside of China, getting the invite to the Frankfurt Major after coming third in the Chinese qualifiers, replacing second seed Invictus Gaming due to visa issues. People don’t expect Newbee Young to root out any trees at the Major, meaning any games won or even a series victory would already be a big step for them. And they might have a shot at winning some games in an interesting group C.

Fellow Chinese team LGD Gaming who were widely regarded as one of the favorites to win TI5 underwent some significant roster changes since coming in third in Seattle. By replacing Yao and captain xiao8 with DDC and rOtK, LDG still are a great team on paper, but they will need some time to gel, as shown by their performance at the MLG World Finals. Once they find their groove, they could well be in the mix to compete for top honors at the event and a lot of fans and teams will keep a close eye on them.

Last but not least, new look Cloud9 will round out group C. Since they dropped their long time roster and acquired a whole new team centered around 1437, the Americans are stuck behind Evil Geniuses in the NA pecking order. The Frankfurt Major will be a great opportunity for them to step out of the shadows and surprise the scene, but looking at their recent MLG performance, they still have some way to go. Group C might well come down to a three horse race for the second upper bracket seed while Team Secret sits on top of the group.

On their quest back to glory, legendary Chinese team EHOME have once again revamped their roster after finishing top 5-6 at TI5. Even though it’s hard to replace players of the caliber of rOtK and DDC, EHOME legend LaNm remained with the team as the captain and under such leadership they most certainly have the chance for a successful captain at the major. It will also be one of the first chances for Western fans to get a closer look at the new roster, filled with talented new Chinese players that are still relatively unknown on the international level.

Facing up against them will be none other than Alliance, who are most definitely b[A]ck. With almost the same roster as during their remarkable TI3 championship run, the Swedes are looking mighty strong as of late and they have all the pieces in place for a successful season. Their iconic split push game is working wonders for them and the hype in the community is real. Just sit back and enjoy the show. 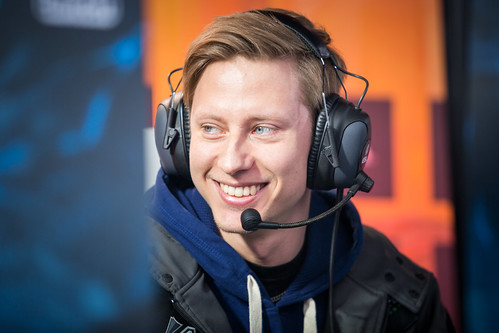 On the other hand, CDEC Gaming have not been on top of their game lately. After their downright amazing performance at TI5, the Chinese have run into troubles on the new patch. With them not being able to execute their 6.84 strategies on the new version, their game has stagnated a bit. The fact that no team will get eliminated in the group stages may well play in CDEC’s favor in the end, cause no matter how they perform initially, they will have time to adapt the meta of the tournament. We’ll have to see if they manage to do so. 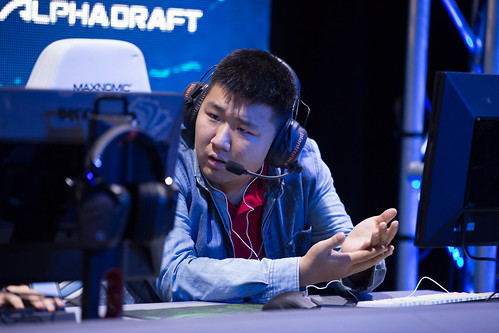 Mineski are another team that is hard to judge. The SEA team has not had many games against international competition so it’s easy to dismiss them as chanceless minnows at the Major, but in order to qualify, they beat two TI5 teams, Fnatic and MVP Phoenix. And if they can beat opposition such as that, who says they can’t do it again, especially against not yet stable EHOME and slumping CDEC Gaming.

If you want to have a closer look at the bracket as a whole, they check out the official Frankfurt Major website, where you can also find the schedule for the group stages. Who’s the favorite to make it out of groups C and D? Give us your opinions on Twitter and Facebook.