Team EnVyUs is undeniably one of the best CS:GO teams in the world with several won tournaments in their portfolio, including Valve’s most recent major, DreamHack Cluj. The team’s next big test will be at Intel Extreme Masters World Championship Katowice, where they will face eleven top teams from around the world. The competition will be tough - can the French rise to the challenge?

Road to the top

EnVy’s current lineup has been together since July 20th 2015. At first, fans were sceptical about the player swap between EnVyUs and Titan and thus the addition of apEX and kennyS to the roster. The decision, however, proved to be a good one as the new lineup took their first LAN tournament, Intel Extreme Masters gamescom, by storm,  taking first place only losing one life on the way.

The team then went on to compete in their first Valve major with the new lineup, ESL One Cologne 2015. They finished first in their group and went through the playoffs losing only one map to TSM (now Astralis). They did fall 0-2 to Fnatic in the final but still made a tremendous impression with their world-class play. 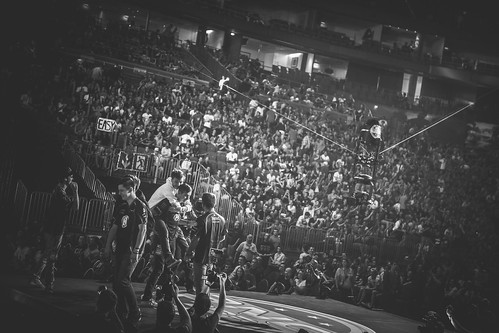 Team EnVyUs at ESL One Cologne 2015

EnVyUs’ biggest achievement to date is taking the victory at the DreamHack Cluj Valve major in November last year. They defeated reigning major champions, Fnatic, in the quarterfinals and continued through the semis with a win over G2 Esports. The final came down to them and Natus Vincere which EnVy took 2-0.

After their great victory in Cluj, the team has not managed to claim another tournament victory until very recently, at the Global eSports Cup, where they defeated teams like Cloud9, Astralis and Dignitas on their way to the top.

Team EnVyUs has been drawn into group B at Intel Extreme Masters World Championship, together with Astralis, Virtus.pro, FaZe Clan, E-Frag and the winner of the NA qualifier. EnVy are definitely considered favourites to finish first in their group but it will not be an easy task. Can the team return to their impeccable form from Cluj and reach for the trophy? We will find out soon enough!

If you want to see EnVyUs and other top CS:GO teams live in action, be sure to join us in Katowice! Admission is free of charge however, you can still secure one of the remaining early entrance tickets to get one of the best seats in the house.