Admin
Turtle Entertainment GmbH
Share this article:
Tweet
It has been eight years since Ko Seok “HyuN” began his career as a pro-gamer. While he never stood among Bisu, Flash, JaeDong or the other titans of BroodWar, StarCraft II would be HyuN’s time to cast his shadow on the competition. Today any pro would quake in fear the second they heard that their opponent is HyuN. The prolific zerg has become one of the most feared and respected players in StarCraft II. But he is also greatly loved by his fans, family, and especially his friends.

One of HyuN’s closest friends both in and out of game is Revival. Just over a week ago Revival spoke of his hope that they might both advance from Group B. Perhaps it was bad luck, or a cruel twist of fate, but as group B came to a close there was one spot left in the round of 8 and two friends to fight one another for it. According to HyuN, he has no one to blame but himself for having to face his friend in the losers bracket final.
“I could not and cannot blame anyone else for being dropped down to the decider’s match. It was a lose-lose situation, and I could not be happy about it.” 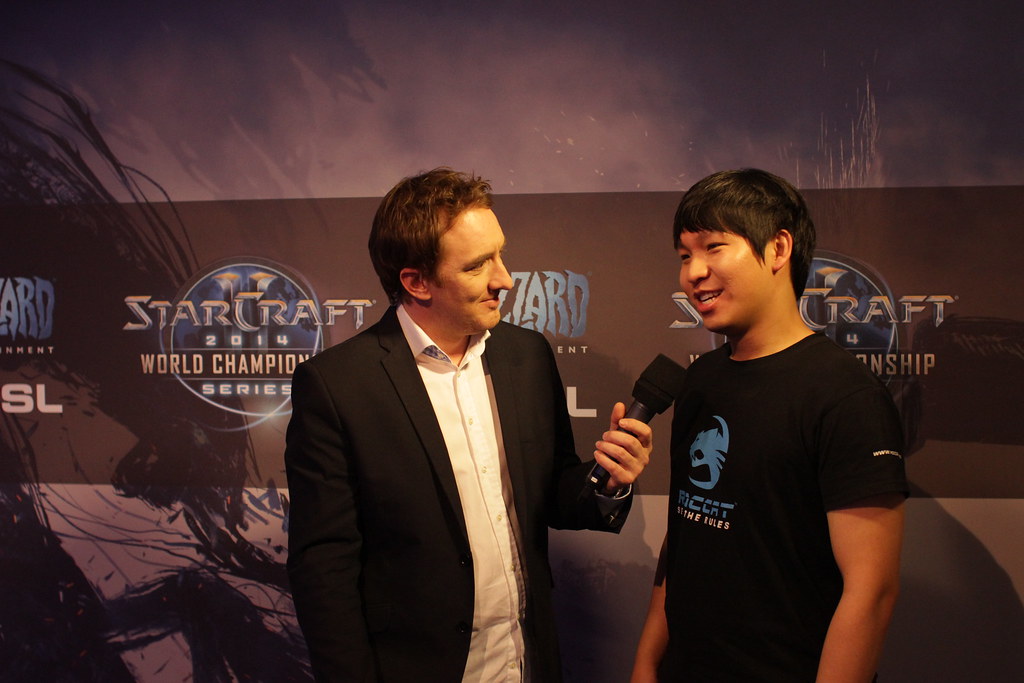 Devastating. It was nothing short of devastation that HyuN would have to face his greatest friend not once, but twice in the same day. Such devastation echoed into the audience as thousands watched Rivival’s heartbreaking defeat. Without a moment’s hesitation HyuN went to console his friend.
“Right after the match, I ran down what I have done in the game and where his mistakes here. Then the apology. I felt really sorry for him… when we got back to the hotel, I told him that I would treat him something really nice when we meet again.”

Such a victory can only be described as bitter sweet. This and every struggle that has lead to this moment will only fuel HyuN’s desire to win. With several other formidable foes like Polt and Taeja standing between him and victory, HyuN looks to the infallible support of his fans that have carried him through some truly difficult times over the past year.
“To all my fans that have given me overwhelming amount of support, I am now left with only 3 more opponents for that back-to-back championships in WCS America 2014. I will make sure I do not slip off in the fashion that I did in the Round of 32 Winner’s match. I know all of you have sent me (Hy)unbelievable amount of supports. I will answer that with (Hy)unstoppable results in the WCS America.”

Should he win, HyuN says that this victory will not only belong to him, but also to Revival, who he would dedicate this tournament to, “It would definitely be Revival. With all due respect, I say this, I will not let your sacrifice be wasted.” 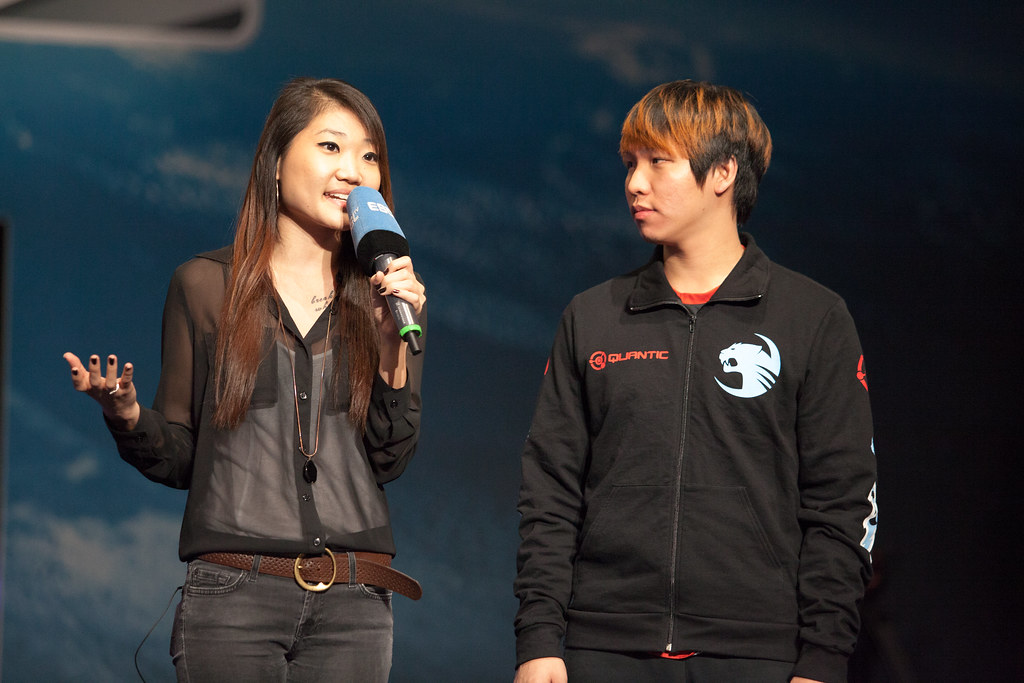 Thank you to HyuN for sharing his time and thoughts with me, as well as James Mal Song for his translation.

Zenobia: You have been a pro gamer for 8 years now, do you think you will still be competing in tournaments 8 years from now? If not, what do you will you do?
HyuN: It is too much of a long shot for me to able to tell exactly what I will be doing then. First, I have to go serve the country within next couple years. After service is finished, I will most likely give playing a shot. If it does not go well, I might transition into another type of work, but it still will be within the e-sports industry.

Zenobia: You recently did an English interview with HotBid, your English is very good! When did you start learning and will you do more interviews in English in the future?
HyuN:  All GEM players study through this tutor every week. Our focuses are in playing the game, staying in the competitive edge, and coming on top of everyone else at the end of the day. As far as whether if I would do more interviews in English, I would say both yes and no. I would if I feel confident to do so, or when I get that YOLO mode on.

Zenobia: If you get into the WCS America finals again will we get to see Spider-HyuN again?
HyuN:  I am not planning on doing it, but who knows? 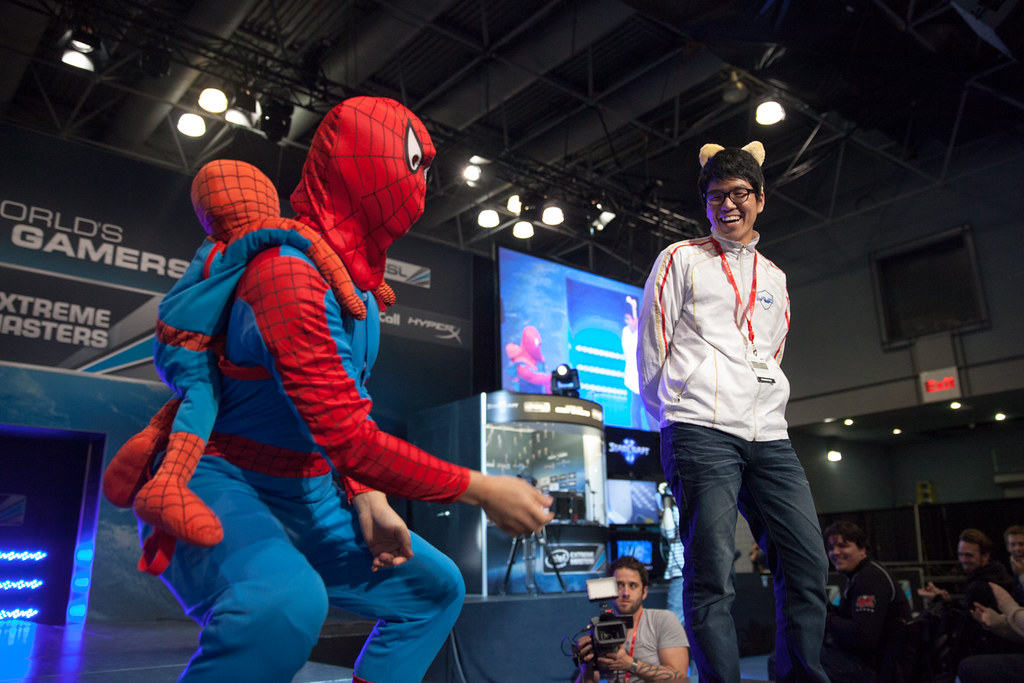 Zenobia: Because you won WCS America Season 1, how much do you feel pressured to win season 2 (by who), and how do you deal with that pressure?
HyuN: I have been in this scene for so long, I do not get pressured by such.

Zenobia: Based on players already out of the tournament do you think your chances of defending your title are any better, or are you more concerned about someone else this season?
HyuN:  #AllProtossPlayers and Taeja. Where is he at, like 20-0?

Zenobia: I had the privilege to talk to Revival the other day and he told me how good of friends you two are, how did you feel when you dropped into the lower bracket and knew you had to face him?
HyuN:  I could not and cannot blame anyone else for being dropped down to the decider's match. It was a lose-lose situation, and I could not be happy about it.

Zenobia: How did you feel after you had beaten him and what did you say to him after?
HyuN:  Right after the match, I ran down what I have done in the game and where his mistakes were. Then the apology. I felt really sorry for him. I did not tell him this at the time, but, when we got back to the hotel, I told him that I would treat him something really nice when we meet again.

Zenobia: Are you going out for July 4th (Independence Day), if so what are you going to do?
HyuN:  Last year, on that day, I was here in the States and I got to see the fireworks. I am very happy that I have the privileges to celebrate such a big day with the locals during my stay at the most premiere Starcraft tournament in America, in the home of Starcraft.

Zenobia: How did you react when you found that Quantic had collapsed, and that they owed you as much money as they did ($23 000 I think)?
HyuN:  Everyone asks me this question in every interview. I would like to tell all my fans and all those that concerned for me, I want to say that I am totally okay now. Like the saying goes, time heals all. The healing processes have been going very well, especially since things have never been looking this positive in my career. 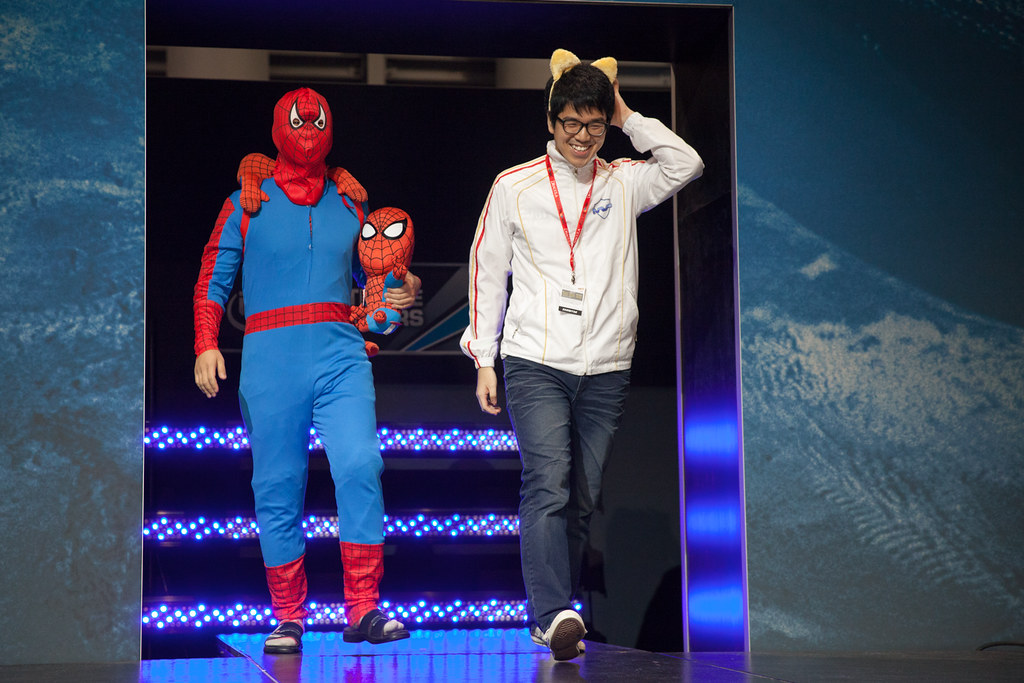 Zenobia: Tell me about the tournament Golden organized for you after the incident with Quantic, how did it feel to have that kind of support from the other players and the community?
HyuN:  I really appreciate Golden, who approached me with the idea. Also I would like to thank MC, jjakji, Stardust, Symbol, Dragon, Taeja, and Sage for making it happen. After the incident happened, I wanted to leave this scene. But thanks to the kind colleagues and the supports of the fans, I was able to turn around and stay in it, and I am very grateful that I did. I could not have done it without every single one of you. Thank you.

Zenobia: If you were to dedicate this tournament to one person who would it be and why?
HyuN:  It would definitely be Revival. With all due respect, I say this, I will not let your sacrifice be wasted. lol. #NuffSaid.

Zenobia: What are your plans after WCS, more tournaments or will you go home and relax for a while?
HyuN:  DH Valencia is coming up, so I am not going to be taking a rest until that is over at the very least. As much as I would like to participate in the upcoming Red Bull Battle Grounds, I will have to fly back once WCS is finished to prepare for the DreamHack.

Zenobia: Is there anything you would like to say to your fans?
HyuN:  To all my fans that have given be overwhelming amount of support, I am now left with only 3 more opponents for that back-to-back championships in WCS America 2014. I will make sure I do not slip off in the fashion that I did in the Round of 32 Winner's match. I know all of you have sent me (Hy)unbelivable amount of supports. I will answer that with (Hy)unstoppable results in the WCS America.

Zenobia: Anyone you would like to thank or send a shout out to?
HyuN:  First of all, Roccat for helping me overcome the hard times. And the biggest and loudest shout outs to Minsik Ko and Jinsil Oh, the owner and the manger of GEM Europe, and all my fans out there for helping me to get to where I am now.
Share this article: