The Artists’ Alley at ESL One Frankfurt 2016 will feature some of the the Dota 2 scene’s best artists. We’ve already welcomed Kunkka and Fwosh, and now we are happy to confirm that joining them will be none other than Stephanie “Anuxinamoon” Everett, a renowned Dota 2 item set creator. Here we talk to Anuxinamoon about her work, Dota 2 and ESL One Frankfurt - check it out below.

ESL: Hi there, Stephanie! Let’s start at the beginning - how did your adventure with Dota begin and what was it that drew you to the game?
Anuxinamoon: Heya! Well, I was a game artist for about eight years before I started Dota 2 and had some time off when the Polycount competition was announced for the Dota 2 Workshop. Once I started work on my contest item set I realised I had to play this Dota 2, so I got a key from NeoGAF and jumped right into a pub game. I had queued all servers and lost HORRIBLY with Enchantress. I started looking up guides and queued more and eventually won my first game. I was hooked.

ESL: How about creating? When did you first start making art and what kind?
Anuxinamoon: I’ve always made art for as long as I can remember. Drawing mostly. I started making 3D art in 2012 when I downloaded a pirated copy of 3DS Max 4 and started doing the tutorials that came with the software manual. I was bad at 3D for about four years after that but, like anything when you do it enough, you get better.

ESL: How did you end up creating Dota 2 item sets?
Anuxinamoon: Valve and Polycount partnered up to create a competition to promote the Dota 2 Workshop among the game art community. I had some time to spare so I decided to take part. If it wasn’t for that competition, I probably would never have thought about making items for Dota 2. 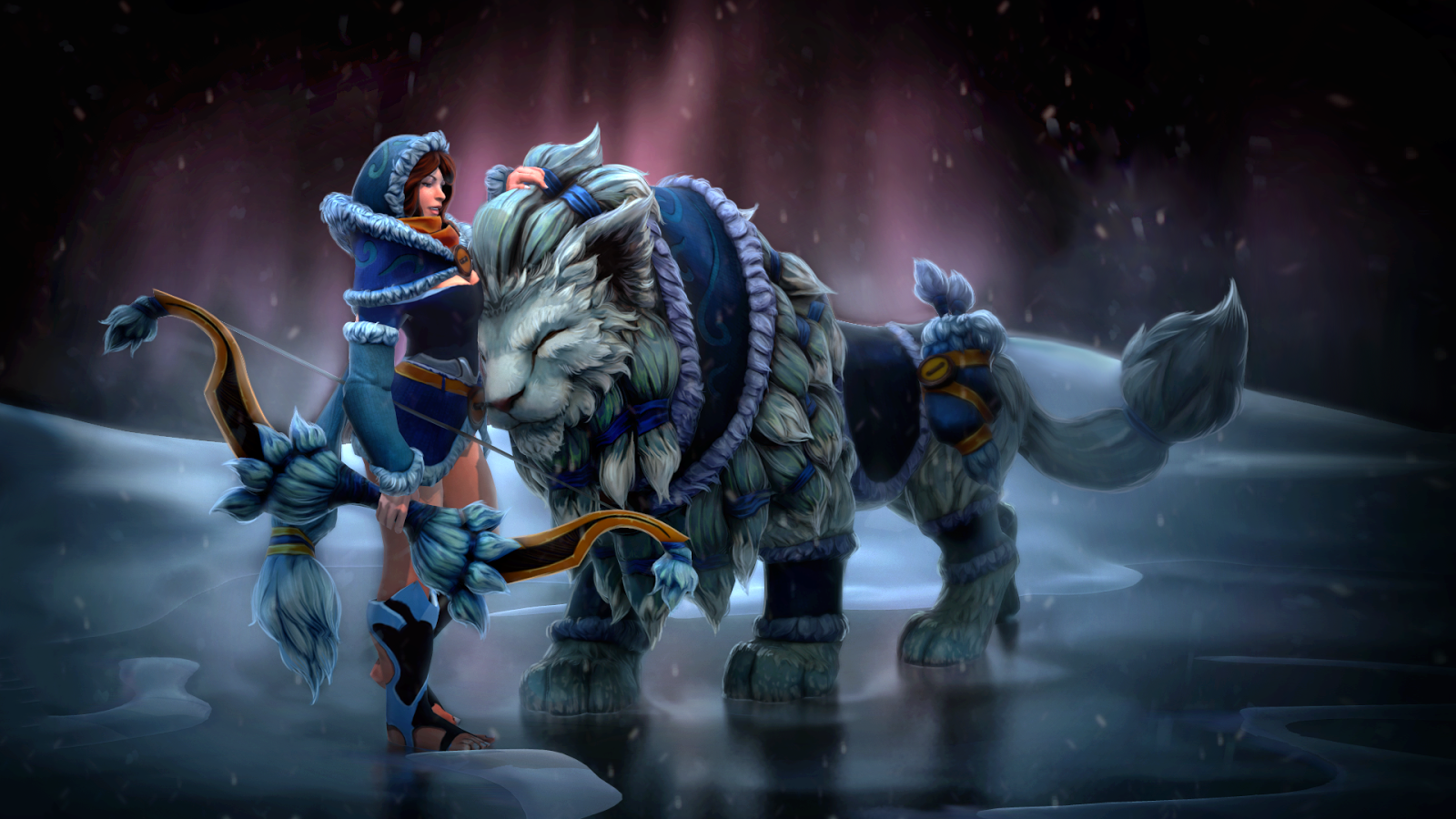 ESL: Can you walk us through a typical process of creating an item set?
Anuxinamoon: It starts with an idea, then you take that idea and butcher it in the concept phase until it actually looks good. Then I create a block-out of the concept in ZBrush - I define all the large forms and silhouette lines in this part. Then I build the high-poly model from there. This I use as my source model - it’s a good benchmark for how I expect the finished model to look and I use it to add detail to the texture. I create a low-poly over the high-poly, matching it as close as possible. I then bake the high-poly details onto the texture and add the colors. Lastly, I bind the low-poly model onto the existing character’s skeleton so that it can animate with the character in-game and upload it with all my marketing. Then I just hope it gets enough votes on the Workshop and get noticed by Valve so that it can get added to the game.

ESL: What is the most difficult part of creating item sets?
Anuxinamoon: Getting the shapes and colors to work in-game without detracting from the existing art style while telling a new story for the hero. ESL: Where do you get your inspiration from?
Anuxinamoon: The world. I pay attention to the most random things. Going outside observing people, how they dress, observing animals is a favorite pastime of mine. I like animal behavior and also like looking at nature and landscapes. I make sure I pay attention to the very small as well as the very big. I also get a lot of inspiration from fashion and art exhibitions, books and people’s stories. I daydream a lot, which can get me into trouble sometimes.

ESL: Your portfolio is full of impressive creations - which one was the most challenging and which is your personal favorite?
Anuxinamoon: Probably the most challenging was the PA set for Jacky Mao. He is frank with what he wants and I wanted to make sure he liked what he was getting. I had to do a few revisions before we were both happy. It was a great challenge and totally worth it as it’s my favorite piece. 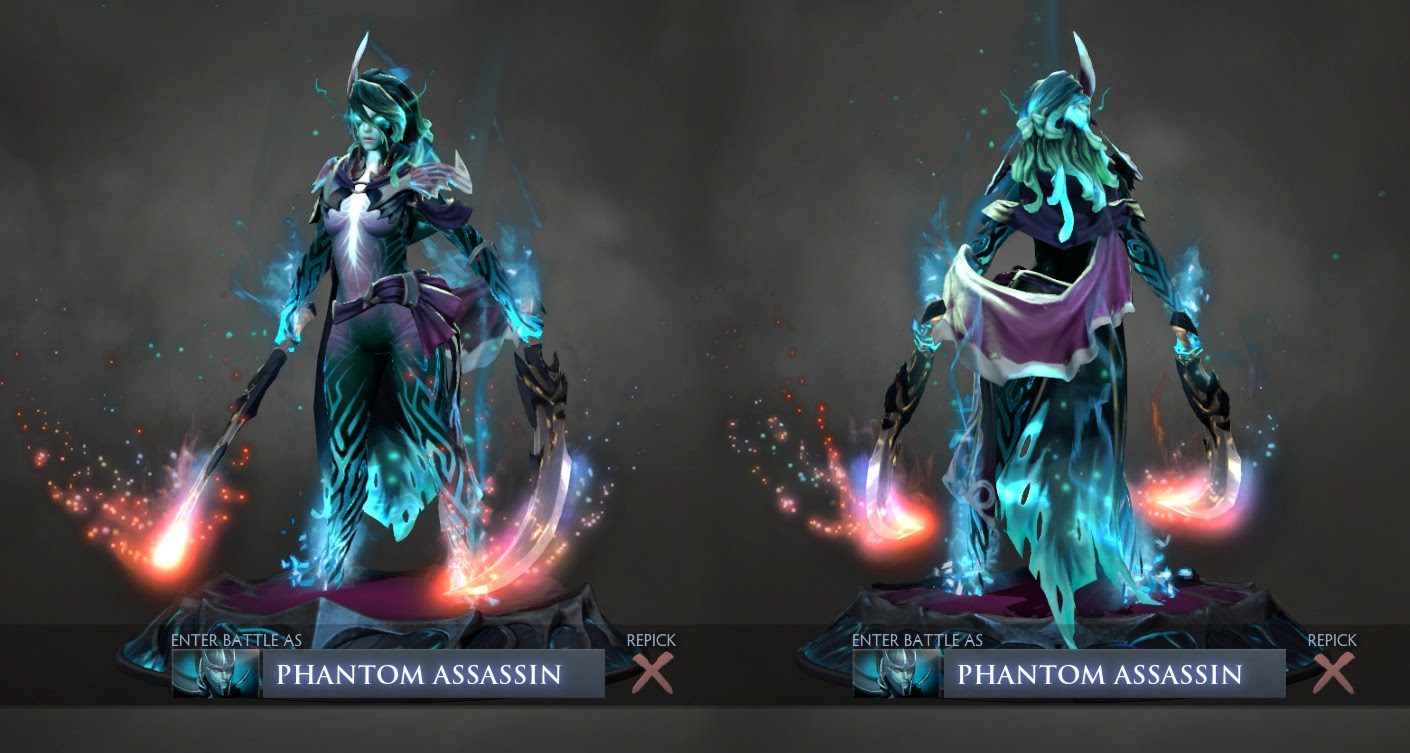 ESL: Let’s talk about Dota 2 heroes - who is your favorite in terms of design and who do you like to play the most?
Anuxinamoon: I love heroes with good movement. Mirana was a quick favorite of mine - a skill shot plus a leap really made me feel good when I played her. Winter Wyvern is another favorite of mine - I love Arctic Burn. Recently I have found a love in Weaver - he’s just so cool! Oh, and Nyx cause his Aghs is the best upgrade in the game! I can become a turret!

ESL: You follow a lot of Dota 2 teams and players. If you had to choose, which team or player would be your absolute favorite?
Anuxinamoon: I can’t pick favorites any more! I have so many players who I respect so much. I have a few favorite teams who I enjoy watching like OG, Secret, Alliance, DC, No Diggity, EG, FD, Fnatic, Taring, MVP, EHOME and the new Newbie. Oh gosh, there are too many!

ESL: What are your feelings and expectations being invited to ESL One Frankfurt and its Artists’ Alley?
Anuxinamoon: I felt really honored to get invited by ESL, especially to ESL One Frankfurt as I got to attend in 2014 and I really enjoyed it. ESL put on some crazy good events and getting to come back to Frankfurt and help out is going to be super special. Really excited about the setup and being able to watch some games too. Hype!

ESL: What can we expect to see from you at the Artists’ Alley?
Anuxinamoon: I have no idea! Tell us what you would like to see from me and the other artists attending! We will do our best to make it a fun time for everyone!

Hats and esports in Frankfurt!

Join Anuxinamoon and thousands of passionate fans at Europe’s greatest Dota 2 festival - get yourself a ticket here! If you’d like the opportunity to be featured in the Artists’ Alley with your own Dota 2 art as well as win amazing prizes, make sure to sign up for our ESL One Frankfurt art competition!

Remember that you can also join us on Friday for the public viewing and opening party - more information about this can be found here. Moreover, if you need a place to stay or means of transportation to the event, we’ve also got you covered with our ESL One Frankfurt hotel and buses.