Philipp Saedler
Senior Editor
Share this article:
Tweet
paiN Gaming beat out 400 others team in their region to qualify for Intel Extreme Masters San Jose, even defeating Worlds attendees KaBuM e-Sports in the semifinals. Having already attended four Intel Extreme Masters events, the team is no stranger to the tournament series, but with a new lineup and their region’s reputation on the line, do they have what it takes to win? 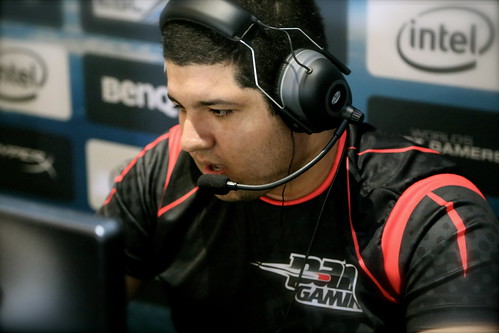 ESL: Congratulations on making it to Intel Extreme Masters San Jose, which will be another chance for you to show your skills against top North American and European teams. How important is it for you guys to compete on an international stage?
Sirt (jungler): Participation in an international championship is extremely important in order to show our scene to the world. We know the competition will never be easy, but that's what makes the game get more exciting.

ESL: This will actually be paiN’s fifth Intel Extreme Masters and second outside of Brazil. How would you say the chance of Brazilian teams being able to compete on the top level has evolved over the last three years?
Sirt: It’s a little hard to know the real chances of Brazil in international championships as each region has a different playstyle, but I believe that Brazil is a very strong region. Every year the evolution is considerable, and it’s only a matter of time until we become a giant in esports. 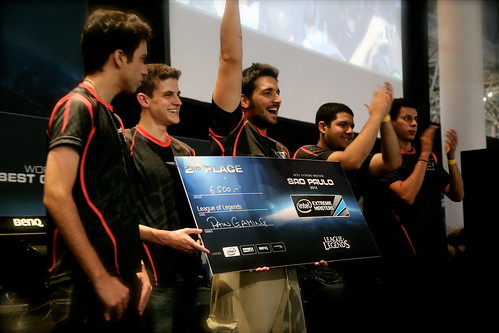 ESL: Some fans might remember you from your big plays at Intel Extreme Masters Sao Paulo 2014 and your second place there. Tell us a little about what’s happened with the team in the meantime.
Sirt: Our team went through very interesting changes during the year. After our second place at Intel Extreme Masters Sao Paulo in 2014, our ADC BRTT left the team. After some time testing different bot lanes, we hired two South Koreans: Lactea (who joined as a top laner and is now our ADC) and Olleh (our support). Additionally, after the regional finals in July, Leko (CNB’s former top laner) joined our team - we feel he’s the perfect fit for our top lane.

ESL: On your road to San Jose, you took out KaBuM, who represented Brazil at Worlds. How much did this win mean to you?
Olleh (support): I think we could have beaten KaBuM in the regionals that qualified them for Worlds, but we had a few problems that kept us from doing so. Now we’ve fixed several issues, changed the role of Lactea and acquired Leko. We already expected that victory. 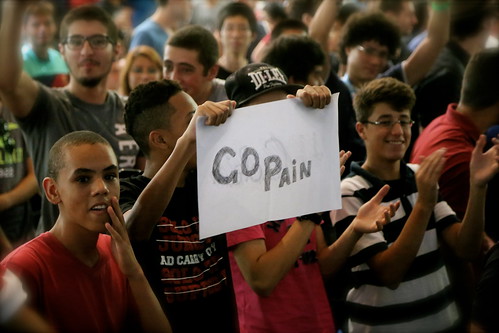 ESL: You have two Korean players on your team. How come you did pick Olleh and Lactea over other top Brazilian players and how does the communication work out?
Sirt: At the time, we did not see many choices in Brazil. We were looking outside Brazil, and we had a contact in Korea that suggested Olleh, who in turn turn suggested Lactea. As for communication, for the upper part of the map (top, mid and jungle) we talk in Portuguese, the bot lane speaks in Korean, and for global objectives we speak in English.

ESL: Back before Worlds, you had MakNooN, a well-known player, on your side as a coach. How did things work out and why did you part ways again?
Sirt: Things flowed very well. When he was with our team, he helped us fix several problems. However, the different time zone made things very difficult.

ESL: In the regional finals you only placed third/fourth and missed out at Worlds. What is your plan to make sure you go in 2015?
Leko (top laner): After I joined the team, we manage to fix several communication problems. I believe that today we are much more prepared for 2015.

ESL: People remember the crowd at Sao Paulo early this year. How different do you think it will be playing in front of a US instad of a Brazilian crowd and how are you planning on getting them hyped for you when you play Cloud 9, a local team in in San Jose?
Leko: (laughs) I'm not easily intimidated. They can have as many people as they want cheering for them but nothing compares to our fans... and much more! Now we are not only representing paiN, but we are also representing Brazil - then, as I always say, WE ARE ALL TOGETHER!

No need to do anything special to get hyped up because I know that Brazil will be rooting for us here. I know it will be difficult, but I hope to do my very best.

ESL: Compared to the big regions of Asia, North America and Europe, what does the Brazilian scene need to catch up on to get to the top?
Olleh: Brazil has a lot of potential - it just need a little more time to grow. I believe we can get better results against top international teams. 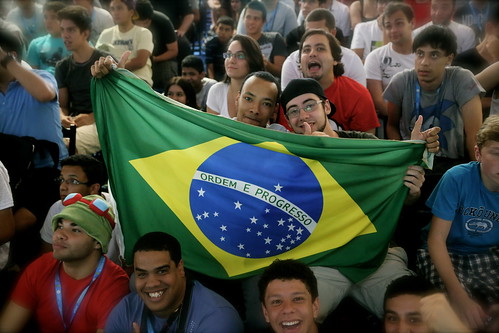 ESL: Thank you for your time - anything else you would like to add or people you’d like to give shoutouts to?
Olleh: I'm Korean, but I'm proud to be a professional player in Brazil, and I’ll go to America to represent Brazil in the best way I can.
Sirt: I want to thank all the fans - they are always wonderful and care a lot for us. We will give our best at Intel Extreme Masters San Jose. Thanks to paiN and to all our sponsors: Saraiva, RaidCall, Alpha Computer Avell, Twitch and Razer. #GOpaiN!

You can also check out some of our other Intel Extreme Masters San Jose pre-coverage below:
Share this article: