Ella McConnell
Senior Editor
Share this article:
Tweet
0 total shares
As well as having chatted with ocelote yesterday, ESL Spain also managed to get an interview with Enrique "xPeke" Cedeño Martínez, founder and captain of Origen and possibly one of the biggest names in competitive League of Legends to date. With the ESL MWC Challenge to take place at the Mobile World Congress on the 4th of March, what does the 22-year-old pro have to say about his esports career and what lies ahead?

ESL: Hi Enrique (or, as you’re better known, xPeke). Thank you for taking a few minutes out of your busy schedule to speak with us - we know you’re working on a lot of projects right now! To begin with, why don’t you introduce yourself briefly and tell us who xPeke is outside Summoner's Rift?
xPeke: Hi, I am Enrique Cedeño, also known as xPeke, and outside League of Legends I just do the usual things - watch TV series, go to the movies, go out with friends... 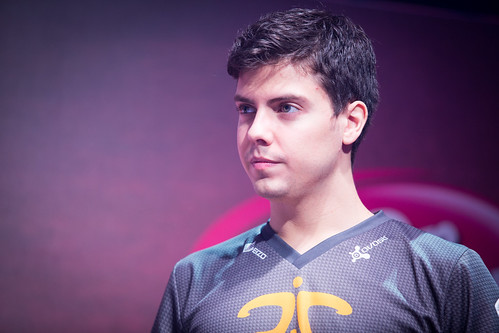 ESL: As  professional player, how have you found the evolution of esports? With world championships and big international tournaments like ESL One taking place in famous locations like the Sangam Stadium in Seoul or the Commerzbank Arena in Frankfurt, what do you think the future of esports holds?
xPeke: I've seen giants steps in the world of esports. People have started to realize that esports are as serious as any other sport and are fun to play and watch, and from here it’s only a matter of time before anyone on the street will know what esports are. Esports have become more professional in more and more countries - we could see even big companies buying gaming teams, like Samsung in Korea.

ESL: After three years with your Fnatic partners Rekkles, YellOwStaR, sOAZ, Cyanide and nRated among others, why did you decide on such a radical change and to start from zero again? What led you to choose sOAZ, Amazing, Niels and mithy as your new teammates?
xPeke: Starting a new team is something I had in mind for a couple of years, but I’d always been very comfortable with my team, which is why I didn't think about it more than a couple of times. However, following the events of last year and the team being a bit divided, I decided that it was the perfect moment to do it. About the players - I looked for people with some experience and also people you can live with without problems. I didn't really know this at the time, but every day I realize I made the right choice.

ESL: SK Gaming, Team SoloMid and Counter Logic Gaming are doing really well in the LCS. In your opinion, what is the key to getting on that kind of level? Do you think personal talent is most important or how members adapt to and coordinate with their teammates?
xPeke: I think having a good environment as well as good players is key. If the players have fun playing together as well as the same motivation, it’s easy to improve in a good environment it’s easier to get better and be more critical with yourself. 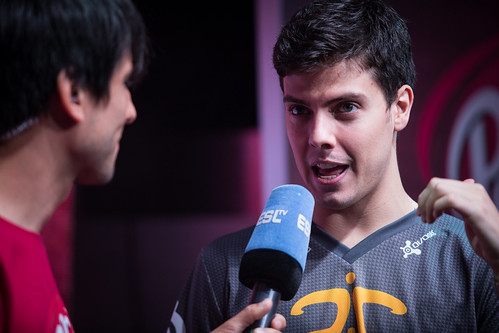 ESL: Over the years you have achieved a lot of things not accessible by most professional players, What is your next goal? As xPeke, what is your crowning achievement that made you think you’d achieved everything? As an Origen member, what achievements do you plan on getting this first season? Could we be seeing you in the tenth season of Intel Extreme Masters?
xPeke: I don't have any achievements that make me think that I’ve achieved everything. I always have very realistic goals - I never look for the final goal, which in this case would be qualifying for the LCS with Origen. I would be really happy with this, and then I would look for another achievement, which I suppose would be winning the LCS. And of course we will go to Intel Extreme Masters if you make some qualifiers or invite us, haha.

ESL: In over four years of competitive League of Legends, where you passed through teams such as Team-Birth, SK Gaming, myRevenge, Fnatic and have now started your own team with Origen, which was the best moment? How did you feel during that unforgettable moment?
xPeke: I remember two moments like no other. Winning the season one World Championship was like living a dream - it was something unthinkable for me, and when I saw we had made it, it was like a movie - I didn't know what was passing through my head. In the season three World Championship, I remember entering the arena where we were going to play the semifinal and seeing a 7-meter poster of me - hahaha, I was very impressed. And well, I suppose the backdoor was something you were waiting for, but that moment I remember more as an opportunity to get known by people - I don't remember what I was thinking at that moment very well, but I know everything changed after that.

ESL: About your League of Legends career - how did it start? What cheered you on to compete and how did you finally join one of the most important international teams in esports?
xPeke: I started as a normal player. I loved the competition and was always looking for new goals, trying to win a cup to get prizes, even playing Go4LoLs for €100 for a whole team, haha. However, I think mainly it was the competition and the desire to improve that made me play competitively, and I ended up in Fnatic thanks to the team we had at that moment. We were one of the best, if not the best, that Fnatic signed, and the rest is history.

ESL: Thank you for your time, xPeke! We wish you the best of luck in all your projects and hope to see Origen in the LCS (and Intel Extreme Masters!) soon as well as at the ESL MWC Challenge on the 4th of March.
xPeke: Thank you very much and I will see you at the ESL Arena!

When Origen come up against Gamers2 at the ESL MWC Challenge at the ESL Arena on the 4th of March, who will triumph? Tune in to the ESL Spain stream and let our casters Alejandro "Kuentin" Cotrina and Marc "RaRuM" Alsina bring you all the action!