Admin
Turtle Entertainment GmbH
Share this article:
Tweet
Over the next eight days, ESL will be rolling out a spotlight for each team attending the ESL One Frankfurt tournament. Our first is Vici Gaming. Having formed in 2012, Vici Gaming is one of the younger teams to be competing in the ESL One. However, since their formation VG has become a dominant force in competitive Dota 2, winning the EMS One Fall Season Finals and qualifying for both ESL One Frankfurt and The International 2014.

Vici Gaming had one of the most difficult paths out of all of the teams coming to the ESL One Frankfurt event. After a solid performance against DT^Club to clinch third place at the Chinese Qualifiers, Vici had to then face some of the best teams in the world at the Asian qualifier. After taking down Invasion e-Sports, Arrow Gaming and LGD Gaming, Vici now look to stomp the competition at ESL One Frankfurt. We had a chance to interview the team and get their impressions going into the event. While the team itself is new, the members are some of the most well-known and respected players in the Dota scene. 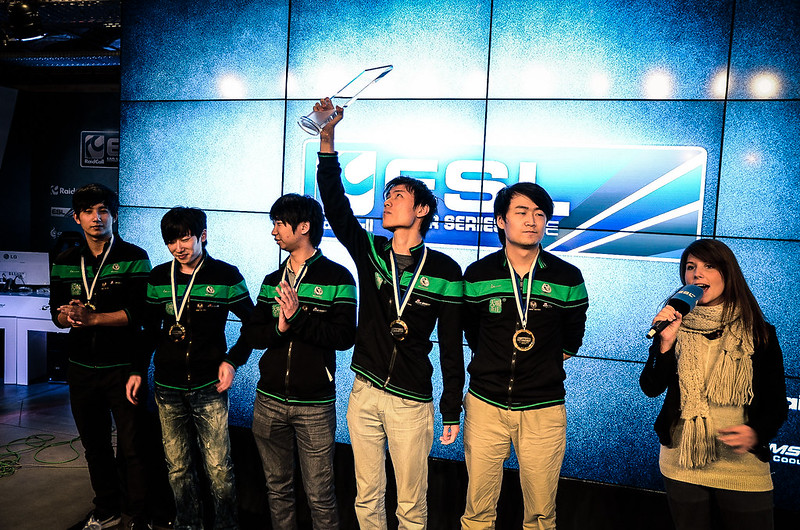 ESL: You had one of the most difficult paths to ESL One Frankfurt, having to go through both the Chinese and Asian qualifiers. Can you tell me how it felt to overcome so many obstacles to get your spot at ESL One?
VG: As we are really determined to win, we were really close to getting eliminated during the qualifiers, but it was the desire to win that helped us until the end of the qualifier event itself. We are greatly honored and pleased to be able to come to Frankfurt, and we will be anticipating the opportunity to play in such a big stadium and with so many people watching while the tournament is going on.

ESL: You've recently played against most of the teams that will be at ESL One Frankfurt when you played at The Summit. Are there any strategies you learned there or are preparing for?
VG: The offline Summit event that we participated in made us realize what we were lacking in, especially dealing with the strategies from the foreign teams. Evil Geniuses' confusing plays with the control over two lanes and their use of the hero, Phantom Assassin, left us with a deep impression of them.

ESL:If you make it to the finals for ESL One Frankfurt, what team would you want to face?
VG: There are no opponents that we have especially want to meet, as we believe that to be the champions, we need to win against all of our opponents.

ESL: Can you share your craziest memory from your time as a professional Dota player?
VG: It was winning the EMS offline event as the champions, as this was our first victory as global champions.

ESL: Which member of the team feeds off the crowd the most?
VG: rOtK!

ESL: Who typically calls the shots when you are in the game?
VG: The main focus will be rOtK taking command of the team, while the others will provide their inputs.

ESL: We know that fy recently won the 1v1 tournament at The Summit, but who do you think is the best individual member of the team?
VG: fy's talent and gameplay abilities are outstanding, but the teamwork metagame that exists is something that cannot be missed.

ESL: How do you feel about playing in a World Cup Stadium for ESL One? Do you get nervous before a big event like this?
VG: To be able to compete in such a huge stadium during the tournament makes us feel excited, but we would not be nervous after the tournament begins, as we have taken part in many offline events already.

One of the most iconic players of the DotA scene, Xie “Super” Junhao is a beast at solo mid. He built his reputation for flawless lane aggression during his two year career with DK Gaming, one of the favored teams going into The International 2014. Now, having been with Vici since September 2013, Super continues to prove that he’s one of the best individual players in the world. His Alchemist, Dragon Knight and Invoker skills are all something to watch out for going into the main event.

Another former member of DK Gaming and Dota icon, Bai “rOtk” Fan typically plays the solo hard lane. rOtk is Vici’s captain and shot-caller. As of writing, rOtk has a 100% win rate with Doom in competitive play, forcing most teams to ban the hero before he gets a chance to play it. Since Doom is typically banned, rotk’s favored heroes include Nature’s Prophet, Batrider, and Clockwerk.

Linsen “fy” Xu is a fairly recent arrival to the Dota 2 scene. Having joined Vici back in 2012, fy has been with the team for almost as long as Fenrir, even though he left the team for one day in 2013. While he plays support for Vici, he’s currently the best 1v1 player in the world. He’s taken first place in multiple 1v1 tournaments, with his most recent conquest being the 1v1 tournament at The Summit 2014 just last week.  During the ESL One Qualifiers, fy played an extremely solid Mirana and Rubick. With the new patch, however, expect to see a lot more of fy’s Shadow Shaman.

Liu “Sylar” is the newest addition to Vici’s roster, having replaced TuTu in the September of last year. Sylar joined the Dota scene in 2011 and has been a dominant carry ever since. Known for his exceptional Morphling play, he won the award for Best Carry of 2012 from Gosugamers.net during his time at LGD. Expect to see some Lone Druid or Anti Mage from him at ESL One Frankfurt.

Lu “Fenrir” Chao, AKA the insatiable wolf of Norse mythology, is Vici’s position four player. Fenrir joined the newly formed Vici Gaming in October of 2012, making him the longest standing member of the team. Acting as a secondary support, he typically plays flexible heroes that excel in team fights. His top played champions include Visage, Shadow Demon and Ancient Apparition, who he played in almost a third of the games for the ESL One qualifiers alone.

VG took third at The Summit 2014, where they had an opportunity to clash with some of the ESL One Frankfurt competition. Since then, they’ve been preparing for their epic showdown with Fnatic in the first round. Make sure to check out tomorrow’s spotlight with Mousesports, SyndereN’s former team, as well as our interview with the man himself. If you want to see all these teams face off IRL, grab a ticket over at ESL-One.com.
Share this article: