Hans Oelschlägel
Editor / Content Manager
Share this article:
Tweet
0 total shares
Title defenders Gambit are back in action at Intel Extreme Masters Cologne. Their squad may not be the same as it was last year, but they are no less potent. We got to know what Gambit’s coach Konstantin "groove" Pikiner thinks of the competition and his squad’s potential.

ESL: Hi, Konstantin. 2014 has been a bit of a bad year for your team. Can you tell us and your fans what happened during Summer Split and what your plans for 2015 are?
Konstantin "groove" Pikiner: We don’t think that something unusual took place. Every team has both successful and unsuccessful seasons - you can see that by looking at the teams who won the World Championships in 2012 and 2013.

We have been restructuring our team over the course of the Summer Split. Some of the players felt they couldn’t handle the LCS format any more, whereas others were requested to temporarily step down from the starting lineup. This reshuffle concluded during the mid-season, so naturally it had an impact on our performance during the past split. Regardless, we managed to keep our spot in the LCS and proved that we are still one of the strongest teams in Europe.

We are obviously not content with this level of results as our primary goal remains the same - we want to remain competitive at an international level by facing the best teams from China, Korea, SEA and NA. Hopefully we will reclaim this status in 2015.

ESL: A lot has changed when you compare the Gambit roster to the one that won Intel Extreme Masters Cologne 2013 - only Edward and Diamondprox remain. Do you think you can defend the title nonetheless?
groove: All of the changes that took place were directed at improving our lineup and team cohesion. Intel Extreme Masters is a prestigious tournament and, like any professional team, our goal is to win it. We realize that everyone should have the same mindset, therefore we must make sure that we make the most out of our pre-tournament preparation. Even though we are happy to face new competition, we do not intend to pass this title to someone else. 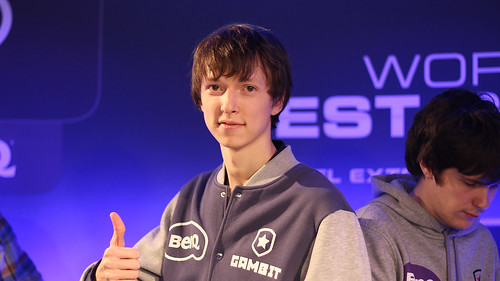 ESL: Your latest roster changes have brought players from France and Denmark to your team. Do you fear you’ll lose some of your old fans as a result of this?
groove: Previously our team comprised Russian player exclusively whereas now we’ve added more nationalities to the mix, and therefore we think that we can gain even more fans. Even though we ourselves are fans of Genja and Darien, after the Summer Split all of us made a joint decision that it was time for us to go separate ways. We will support them should they join another team and will always aid them should they seek our help.

ESL: With CLG and Dignitas, two of the biggest NA LCS teams will be in attendance. Would you rather play them or one of the other European teams?
groove: We are looking forward to facing any team. However, we cannot scrim against NA teams on a daily basis, so we think it would be more interesting to face them.

ESL: Some fans would love to see the Eastern teams clash in Cologne. What are your thoughts on Moscow 5 and ROCCAT? Who’s the bigger opponent and why?
groove: ROCCAT are a very strong team - their fans are still able to enjoy their play at the upcoming LCS split. Moscow 5 is a young Russian team that participated at the International Wild Card Tournament, but unfortunately was forced to use several stand-ins. We feel that they are yet to show what they are capable of with their primary lineup. 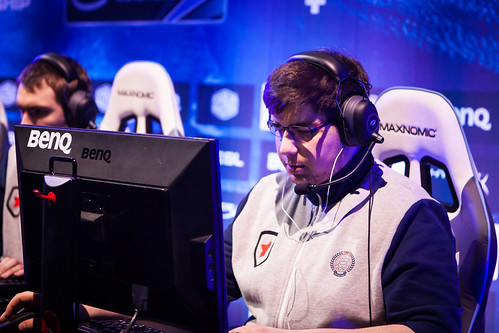 ESL: With Moscow 5 and Aces High, there are two lesser known teams in the tournament. What have you heard about them and could they become a real challenge for your team?
groove: We know quite a lot about Moscow 5, whereas our knowledge of the Turkish team is rather limited. In spite of that, you should not take them lightly - they are the strongest team in their region, after all. Moreover, their region was represented by Dark Passage at the World Championship. We will approach every single team individually, but we think that Moscow 5 and Aces High are not the favorites coming into this tournament.

ESL: Thank you for your time! Anything else you’d like to add or shoutouts you’d like to make?
groove: Even though we have done it multiple times already, we would like to thank our fans and everyone else who voted for us. Our latest results were not on par with what one should expect of Gambit Gaming, therefore we are doing our best to ensure a solid performance at Intel Extreme Masters Cologne. We realize that our fans are disappointed that we do not have our original lineup any more, but we assure you that all of our players are determined to earn your support by becoming a force to be reckoned with.

Do you think Gambit has what it takes? Drop your opinion below and grab yourself a ticket on the event page to see the team live in at Intel Extreme Masters Cologne. Additionally, if you want to know more about the upcoming competition, be sure to take a look at our interview with Marcin "Jankos" Jankowski of ROCCAT.
Share this article: