ESL One Cologne 2015 was the world’s biggest CS:GO tournament and Valve major, seeing top teams clash at the LANXESS Arena in front of thousands of passionate fans. Thrilling matches and plenty of edge-of-your-set action filled the venue for two whole days - as did the roaring fans themselves.

In traditional sports, it is said that the fans are the extra player. This no different in esports, where the fans and their support can have a huge impact on how a team performs. Last year, ESL One Cologne saw a dedicated group of Team EnVyUs fans who went to Cologne together to cheer on their favorite team. We chatted to one of them, Edouard “Haru” Le Guern, about his ESL One Cologne experience and more.

ESL: Hi Edouard, and thanks for taking the time to chat with us! What made you decide to travel to Cologne, Germany for ESL One last year?
Edouard: Hey, thanks for having me! I’m volunteering for the French CS:GO news website Vakarm.net, and they decided to book a bus and hotel rooms to send 50 French fans to Cologne. So I called a few friends of mine and we all went together!

ESL: How long have you been playing Counter-Strike?
Edouard: I started playing with friends from school at a cyber cafe during lunch breaks back in 2001, so it’s been... 15 years !

ESL: What was your first impression when you got to the venue?
Edouard: “It’ll take forever to get in!” Haha, jokes aside - I must confess it was pretty impressive seeing all those people around the stadium, knowing they were all here to watch Counter-Strike games. It shows how much esports have grown beyond expectations during the past few years and can now be considered real sports.

ESL: What were your feelings when you were standing in the crowd, among thousands of fans, watching the matches and cheering together?
Edouard: It felt very special - we had lots of fun with other fans, cheering together or taunting each other depending on the matches... The French crowd was on fire, as you might have noticed on the official stream when we sang the national anthem. It was even more special for me since I was with some of my closest friends. We’ve kept great memories from this tournament and Cologne itself - we still talk about it pretty often!

ESL: Team EnVyUs impressed many with their fantastic performance on the way to the grand final - how did it feel to have the team you’re cheering for do so well?
Edouard: To be very honest, it felt pretty bad for my throat... Took me three days to get my voice back, but it was definitely worth it. On a serious note, though, their lineup was brand new (Kenny and Dan joined NV like a month before the tournament started) so we didn’t really know what their real LAN level was or what to expect from them, whether their gameplay was already on point... But they performed beyond expectations, only losing to Fnatic who were on another level last year. They gave us the opportunity to cheer together, live great moments and they were really friendly - they took some pictures and chatted with the fans. The tournament would have been a whole lot different if they hadn’t made it past the group stage!

ESL: How much do you think the fans impact the teams they cheer for?
Edouard: Pretty much like any other traditional sports team, I guess - we could see it was additional motivation for them. There was a real interaction between the players and the fans, whether they were struggling and needed support or just did something amazing and wanted to share their joy - they were looking at us, raising fists and such. They told us it was very heartwarming and helpful having us here. I believe that’s one of the main reasons why you become a professional sportsman - so that you can give people emotions. 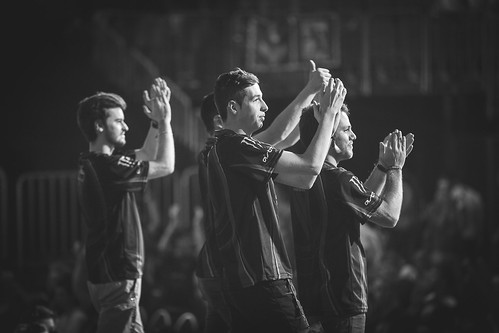 ESL: Who is your favorite player on Team EnVyUs?
Edouard: Well, that’s a tricky question, but I think I’d have to go with Happy. He’s the quiet type and I feel like he doesn’t get the praise he deserves. He might not be the most impressive player (except when, you know, Juan Deag happens) but his game sense is truly insane.

ESL: Are you planning on coming to ESL One Cologne this year?
Edouard: Yes, definitely! Vakarm just announced they were planning to send about a hundred people this year, so brace yourselves: the baguette bus is coming ;)

ESL: Would you recommend ESL One Cologne to fellow CS:GO fans?
Edouard: Well, obviously my friends and I had an amazing time in Cologne. Can’t really decide what the best part was: the tournament, the crowd, the venue or the city itself (probably the tournament, though!). The show was great - there were lots of stands, goodies, signings and activities. Not to mention the CS:GO pins. I mean, who doesn’t like pins at this point ? 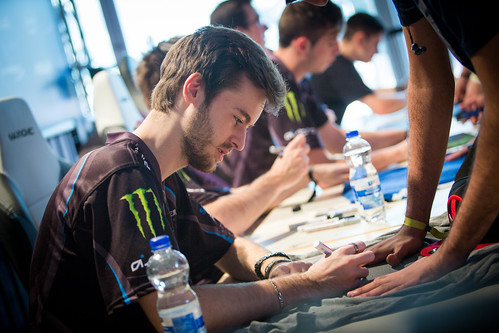 ESL: Do you have any words of encouragement for EnVyUs in their upcoming tournaments that you’d like to send to them?
Edouard: I really wish they could play pressure-free during the next tournaments so that DEVIL can learn and adapt to their playstyle. I believe this will make them or break them - they’ve got everything they need to shine, but they’re their own worst enemy. When they’re on point, they’re pretty much unstoppable. Allez les bleus!

Join Edouard and thousands of other CS:GO fans in Cologne!

ESL One Cologne 2015 was the world’s biggest CS:GO event, and this year’s edition is shaping up to be even bigger. Be sure not to miss out by joining us at the LANXESS Arena - get your ticket here now!