Sven Van Herck
Editor
Share this article:
Tweet
0 total shares
At Intel Extreme Masters Taipei, yoe Flash Wolves took the win over favored leader Taipei Assassins, and will now be representing their region at Intel Extreme Masters World Championship in Katowice. Here we talk to Steak, the team’s top laner and team captain, about the challenge ahead of them.

ESL: You looked very strong during Intel Extreme Masters Taipei, losing only the first two games to Taipei Assassins in the grand final but coming back after adapting well to their playstyle. Tell us more about how you felt after that fifth game.
Steak: After Season 3, we haven't won anything big in Taiwan - we even dropped to the Secondary League once - so this win really means a lot to us.

ESL: That fifth game also meant a ticket to the Intel Extreme Masters World Championship in Katowice. With Taipei still fresh in your mind, how well do you expect to do there?
Steak: I hope we make it to the finals, but I think that depends on which other four teams are invited.

ESL: Part of yoe Flash Wolves attended the Season 3 League of Legends World Championship as Gamania Bears. How has the team changed - and improve - since then?
Steak: After Season 3, the ‘players must be 17 years old’ rule came out, and we were forced to do some roster changes which didn't work out very well. However, now I think we’re in our best shape.

ESL: Gambit, Cloud 9 and World Elite have already been confirmed for Intel Extreme Masters Katowice. Which of these teams would you love to play against?
Steak: Cloud 9, of course. I really like their players and their playstyle, especially their jungler Meteos - I think he's one of the best junglers in the world. 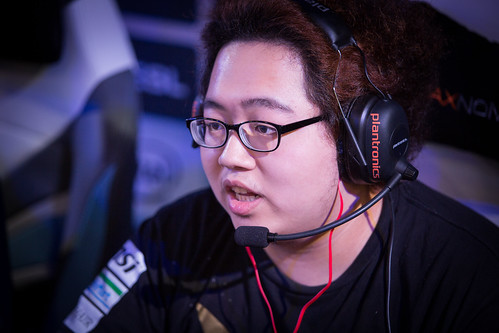 ESL: Are there any teams you’d prefer to avoid facing?
Steak: I'm not sure - maybe teams that are stronger than us right now?!

ESL: Are you looking forward to visiting Europe?
Steak: Yes! Totally. I've never been to Europe before - I’ve heard that the scenery is fantastic, but I think we'll only have time to walk around if we win.

ESL: How excited are you about coming to compete at Katowice?
Steak: It's been a long time since we played any big international tournaments - I hope we do well.

ESL: Katowice is known to have a very loud and passionate crowd, supporting local teams as well as stars and underdogs. Do you have any plans for winning the hearts of the audience members?
Steak: Really? We're going to make the crowds go crazy for us, then.

ESL: Thank you for taking the time to speak with us. Are there any shoutouts you’d like to make?
Steak: Special thanks to WaninBank for supporting us, and also thank you to the fans who support us. See you guys at Intel Extreme Masters Katowice World Championship final 2015!

Can yoe Flash Wolves surprise once again at the Intel Extreme Masters World Championship in Katowice next month? Share your view in the comments below!
Share this article: