Admin
Turtle Entertainment GmbH
Share this article:
Tweet
Kicking off the second day of Intel Extreme Masters San Jose competition was a massive semifinal matchup between Alliance and Cloud 9. With Alliance’s new lineup including Rekkles and Cloud 9 having taken down Latin American champion paiN Gaming the day before, both teams had a lot to prove...

BANS
PICKS Cloud 9 (C9) showed their commitment to establishing early vision control and pressure by being the only team to five-man invade early on. Alliance would not falter in the face of the pressure, however, and they made Cloud 9 play their game - a slow farm-fest. There were a lot of ganks by both junglers, but nothing came out of them besides burnt Flashes. That was fine for C9, as a burnt Flash from a immobile Froggen’s Xerath was all they needed to secure first blood.  Cloud 9 made Froggen their focus for the majority of the game - Froggen had no answer for Jarvan’s ultimate without his Flash.

C9 jumped up a quick six kills and a few thousand gold after the first two fights 25 minutes in. It seemed that they were in a strong position, and they kept picking fights with Alliance. Rekkles stood up and started carrying from the backline. The slow style that Alliance forced C9 to play allowed Wickd to become massive on Maokai, and Cloud 9 could not get past the Maokai/Soraka combo to stop Rekkles. The third and fourth teamfights of the game resulted in two aces for Alliance. That brought them a lot closer in gold, but Cloud 9 never let up dragon control, so they were always still slightly ahead. 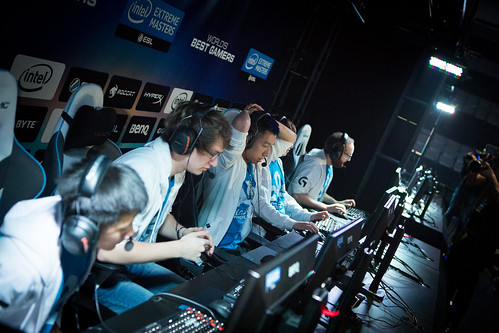 The first Baron went to Alliance around 34 minutes after Cloud 9 picked an unfavorable fight with Maokai and lost a few team members in the process. Alliance destroyed the first inhibitor of the game at 36 minutes, and a few minutes later they positioned for the second in bot lane. The Baron buff had worn off, though, and Alliance put their vulnerable pick comp in a very long lane for Cloud 9 to chase them down. Cloud 9 did exactly that after they got a pick on Shook - they ran Alliance down the bot lane and took out everyone except Nyph, who could not stop the inhibitor push.

C9 then picked up an easy Baron when Alliance had to rotate and deal with super minions down in bot. They used the buff to push mid, but LemonNation got picked off and Alliance successfully stopped the push. Dragon spelled disaster for Alliance, and the pit became their grave as they tried to prevent Cloud 9 from getting their fifth dragon of the game. A flanking Hai deleted Rekkles in the backline, the rest of Alliance was quickly picked off, and C9 finished the first game after a near 50 minute battle.

Game 2: The tree cannot be chopped down

BANS PICKS Game two between the NA and EU greats was faster, but it didn’t end any sooner. Alliance picked a more teamfight-orientated composition, but their choice of Warwick for Shook made their early game weak. Meteos took advantage of his pressure from the jungle on Jarvan and camped the bot lane, with first blood secured at 4:22 - 21 minutes sooner than in game one. It turned into a double kill for Sneaky, who got off to a great start with more repeat ganks granting kills.

Sneaky finished an Infinity Edge before 13 minutes and Alliance worked to try and shut down the fed Lucian. Both teams met up in bot lane, but Alliance could never really make much of a play.  They found their way to catching up with a few poor flanks by Hai and Meteos. After the pick, the fights were instantly in their favor, with the repeat man advantage opportunities allowing Alliance to take objectives at will. 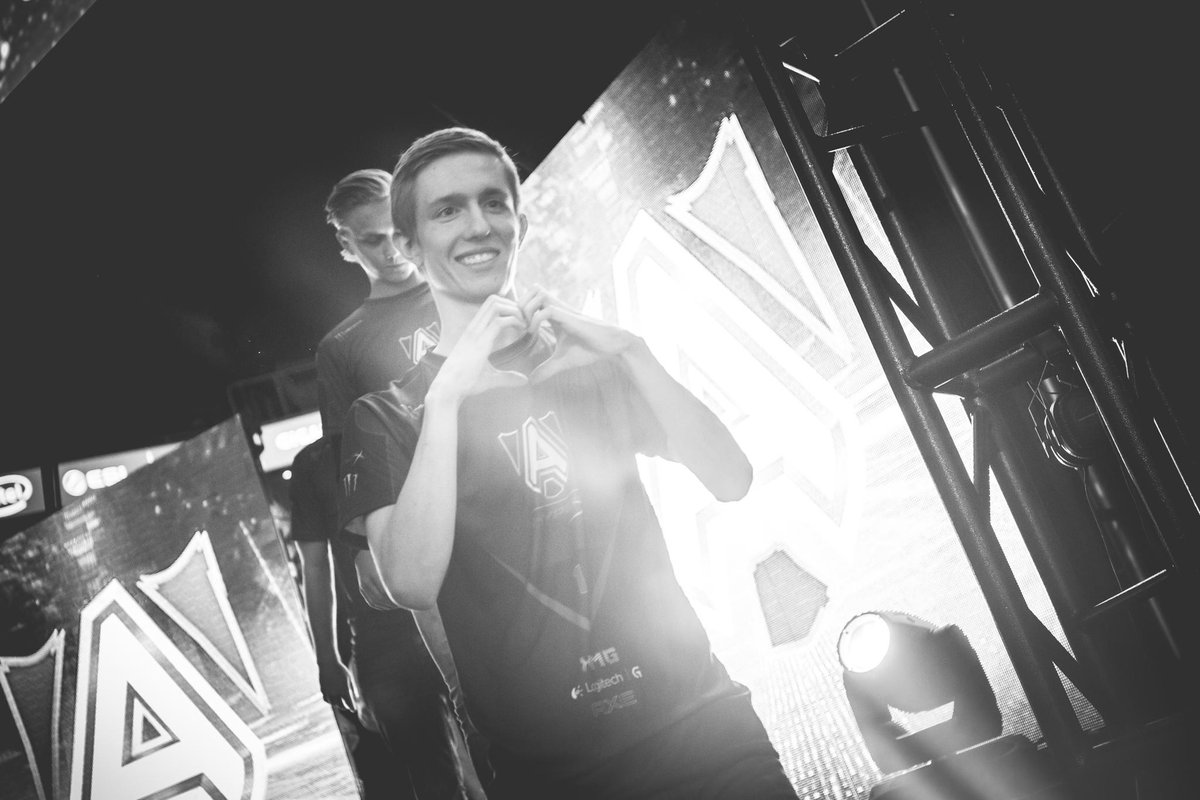 Even though Sneaky was fed early, he didn’t get a Last Whisper until his third item - that decision alone really cost C9 the game. Wickd became an unkillable tank on Maokai, only having to build armor and health as Hai on Fizz was the only AP source for C9. Hai would obviously not waste his burst on Alliance’s tank, so that let Wickd protect Rekkles and Froggen long enough in every fight for them to wipe members of C9.

The gold was actually even at 36 minutes as both teams had about the same amount of turrets, dragons and kills, but Alliance’s clear advantage in teamfights grew exponentially. Hai did have a few crucial flanks to his credit, but the Fizz was becoming incredibly lackluster towards the end of the game. The Lissandra and Warwick chain CC prevented Hai from having any impact on the teamfights.

One pick of Hai late in the game meant Baron for Alliance, which they used to take the top inhibitor and then rotate to pressure bot a few minutes later. C9 did manage to stop the bot push and get a few kills of their own as they chased Alliance down the lane, but the super minions tore Cloud 9’s base apart at the same time. Alliance regrouped after respawns and picked one more favorable fight before taking down C9’s Nexus in under 50 minutes.

BANS PICKS Cloud 9 went back to the composition that won them the first game in hopes of bringing in one more win to close out the series, although Hai chose Orianna instead of Fizz. This let Forggen safely pick Xerath and put them in a skill matchup in the mid lane. Alliance opted for a lane swap to put pressure on Balls in top with the hope of having Wickd get massively ahead again. It was Alliance who got first blood on Balls in the top lane for the first time in the series at around 7 minutes. Rekkles was farming alone while Balls took camps in the jungle and had a three level advantage on him. Rekkles flashed on Balls under his own turret to get the kill, but Balls teleported back into lane immediately. In a clutch response, Wickd teleported top as Balls did and the two members of Alliance killed Balls for a second time in under 40 seconds. 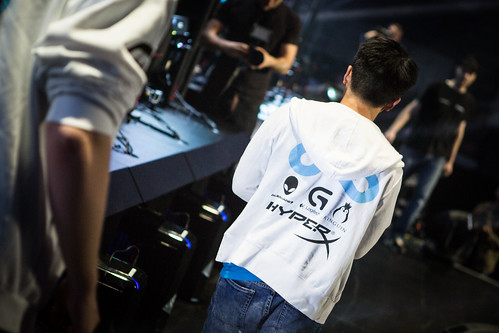 Alliance had all the answers for Cloud 9 this game and the early shutdown of Balls brought Meteos to protect him. The forced placement of Meteos in the top lane opened up turrets and the first few dragons mostly uncontested for Alliance. Cloud 9 did not fall too far behind, however, as they were able to trade a few turrets on the opposite end of the map. That kept them in the game long enough to turn everything around at 22 minutes. Alliance grouped mid to push onto C9’s mid inner turret with everyone from C9 defending except Sneaky, who was off in the bot lane pushing that inner turret. When Alliance tried to flee and recall to stop Sneaky’s push, C9 engaged onto them and gave Alliance three kills for two, but they delayed Alliance long enough for Sneaky to push all the way in for an inhibitor.

Picking up all those objectives put Cloud 9 in the lead by a few thousand gold. That was enough to put them in control of the game, and C9 took a risky Baron at 26:34 despite having a few members low. Alliance chased them out of the pit and through the top side jungle, where a very scattered fight went in Alliance’s favor. Cloud 9 still had Baron on a few members, though, and they used it to push the bot lane and attempt to take down the open inhibitor. After patiently waiting for the right moment, Meteos dived in and pulled off the Jarvan/Orianna wombo combo that instantly deleted two members of Alliance. The rest were picked off in their retreat, and Cloud 9 advanced to the grand finals to take on rising stars Unicorns of Love.

You can find our recaps of yesterday’s games below: Next up today:

Tune in here for more League of Legends actions!