WCS is back! Following the recent changes to the WCS point, prize and residency system, we are looking for the American participants in the all new WCS 2015 Premier League.

In order to be one of the 8 players from the American/Canadian region, players will first have to qualify for the WCS 2015 Season 1 AM Challenger. Starting in January, ESL will be hosting the online qualifiers for said Challenger, which will determine the 16 initial contestants for the regional Premier League slots.

If you want to be part of the new WCS 2015, just sign up for our qualifier tournaments. All players that advance past the first round will receive a WCS Gosu Trophy in-game portrait!

Out of each of these cups the top two players qualify for the 8 WCS AM Challenger matches - the stepping stone for the new WCS Premier League. The tournament format is single elimination and will be played out with best of three matches. 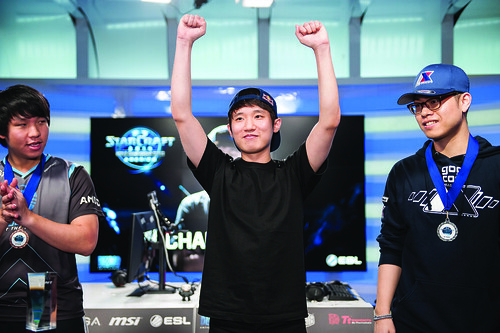 If you think you got what it takes, then sign up for our qualifiers! But make sure to check over our guidelines below, to see whether you are eligible to participate.

We are looking forward to seeing you compete in the new WCS 2015!