Admin
Turtle Entertainment GmbH
Share this article:
Tweet
Intel Extreme Masters Season 9 kicked off at the Shenzhen Cartoon and Animation Festival today, and Chinese fans came out in their droves to watch the exciting Hearthstone and StarCraft games.

Although there were a variety of technical issues, for which we are extremely sorry, there were a lot of good games, and we look forward to what will hopefully be an excellent second day in Shenzhen. 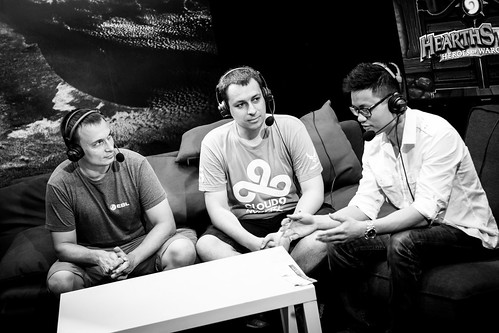 The first five players to advance to stage two of the tournament were decided today after groups A, B and and part of C were played out. Group A saw American player StrifeCro take the top spot, with Chinese player Xiao Soul claiming second. There were no surprises in Group B when Romanian player Rdu advanced to the playoffs first, with the lesser-known Jackychan from Hong Kong following soon after. In Group C, Hong Kong’s Jeanno caused an upset by topping the group over favorites Gnimsh and MaSsan. Tomorrow MaSsan will face DongDong in the last match of the group to decide who will advance to the playoffs

Out of all the games of the day, the final game between StrifeCro and Xiao Soul is definitely the one to watch. It seemed that the current meta in Hearthstone had been cracked, and no one was really expecting any surprise decks, particularly from the Western players. However, StrifeCro pulled out an Ancient Mage Shaman deck which nobody would have predicted in a competitive game. Although, the deck was intended to burst, StrifeCro slowly whittled down his opponent’s health. Xiao Soul clearly felt all hope was lost, and eventually conceded the game.

Tune in tomorrow as the US$10,000 Hearthstone tournament continues with the rest of the group stages followed by the quarter final matches. 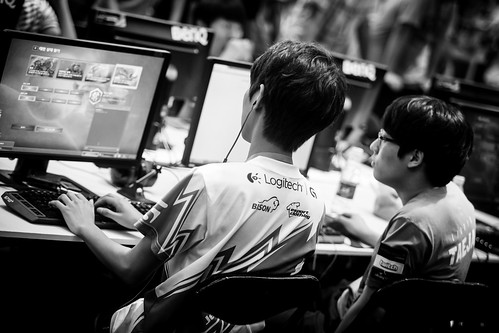 Stage one of the StarCraft tournament consisted of two eight-man double-elimination brackets, from which the top two players would advance. The second bracket was played out to completion, with Terran player jjajki advancing to the group stages first and Zerg player TRUE taking second place. jjajki has a wealth of international tournament experience, having become a familiar face at the Intel Extreme Masters’ stops in Season 8. This will be TRUE’s first ever tournament outside Korea. His lack of experience should not fool people, however, as the Zerg recently finished top four in last season’s GSL Code S.

Only one more match remains in the first bracket, where Life will face off against Daisy in a ZvP. The two met each other earlier in the bracket, when Life won 2-1. It is actually quite surprising that Daisy, a Challenger player in WCS Europe, managed to take a game frm Life, a former GSL Code S champion. It will certainly be an incredible feat if Daisy manages to win and join Team Liquid’s HerO, who took first place in the bracket. Simply by looking at HerO’s tournament results, one can see that he is an extremely inconsistent player. He took second place at DreamHack Bucharest and shortly after finished in 21st-24th place at MLG Anaheim. It will be interesting to see which HerO will be playing in Shenzhen.

Join James “Kaelaris” Carrol and Shaun “Apollo” Clark at 03:00 CEST as they bring you all the StarCraft 2 action live from Shenzhen!