From March the 6th to the 8th 2015, the ESL Arena at PAX East in Boston will be playing host to the Halo Championship Series Season 1 Finals.

The Halo Championship Series Season 1 Finals will see eight of the world’s best teams compete in Halo 2: Anniversary. In partnership with 343 Industries and Twitch, the tournament will boast an incredible US$100,000 prize pool, double the initial US$50,000, with half of it going to the triumphant first place winner. 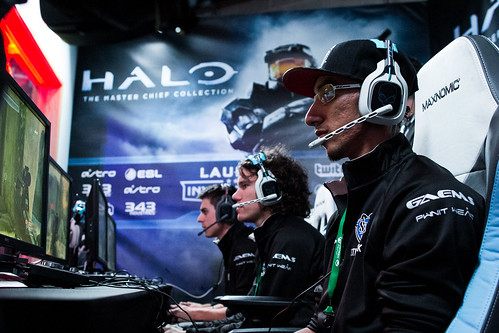 The final team lineup and brackets have yet to be determined, as we may see upsets to the HCS standings during the HCS Cup #7 (February 15th) and the final HCS LAN event at Gamers for Giving (February 22nd and 23rd). Additionally, one single European team will be flying in to try and secure their spot in the Halo Championship Series Season 1 Finals.

The new prize money breakdown for the tournament is as follows:

The Halo Championship Series Season 1 Finals will run from Friday March the 6th to Sunday the 8th, kicking off at 10:00 EST each day. If you’re not able to attend in person, don’t worry - everything will be being broadcast live at Twitch.tv/halo!

Check back on ESLgaming as well as on Facebook and @ESLHalo in the coming weeks for more on the caster lineup, bracket, teams and interviews!

Tune in here on March the 6th!