Our ESL studios in Burbank, California are set to host the grand finals of the 12-week season, which will feature two tournament cups each week. Some of the best Hearthstone players will be invited on merit in addition to the open signup competition in order to compete for the grand US$36,000 prize pool.

"Our goal is to give players a compelling and exciting series and provide the community with a high-quality weekly competition open to everyone. The ESL studios will play host to both the finals and weekly broadcasts hosted by Dan "Frodan" Chou that will feature some of the best Hearthstone players around." 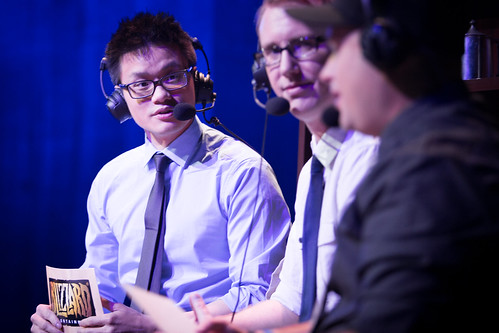 Every week, high-stakes action will unfold on the Legendary Series Match Day. This main event will feature eight of the world’s best Hearthstone players going at it each week to earn points for the seasonal rankings. The rankings will be used to decide the participants for the grand finals at the end of the season, with each week's Match Day contestants selected according to the following criteria:

Week one (November 22nd) Weeks two to eight (November 29th to January 10th) Only the top three players of each Match Day will receive points for the overall standings, with the distribution of these shown below:

The second of the two separate tournaments each week is the Challenger event, which will conclude before each week’s Legendary Series Match Day. Starting November the 16th, this open signup tournament will feature a US$500 prize pool for each of the 12 weeks, with the top two finishers advancing to the Match Day competition.

The rules for the Challenger Tournament are as follows:

After the 12 week series draws to a close, eight players will advance to the LAN finals at our studios in Burbank, California, with the finalists getting the chance to secure their own share of the US$20,000 grand finals prize pool based on their respective performances. The participants for the playoffs are determined by their past performances as follows: If you ever wanted to show off your Hearthstone skills to the rest of the world, now’s your chance! Take part in our open Challenger tournament and seize your opportunity to win cash prizes and potentially be part of the ESL Legendary Series yourself - sign up here!
Share this article: