Philipp Saedler
Senior Editor
Share this article:
Tweet
The first teams for the ESL CS:GO Pro League are set, and today we are pleased to reveal who will be taking seven of the eight reserved spots. All seven teams are well known within the community, with many of their organizations also recognized for having teams for games other than CS:GO, and so we are happy to welcome the following competitors to the very first season:

Natus Vincere, Team Epsilon and Titan
Ninjas in Pyjamas, Team Dignitas, Team LDLC.com and Virtus.pro
All seven of these teams played at ESL One Cologne at gamescom and gave some surprising performances throughout the tournament. While some of them might not have had the best time afterwards, we see these teams and organizations bringing solid performances in the future, and are happy to see such talented players taking part in the first season of our newly created league.

We spoke to some of the invited teams’ managers and got their opinions on the first season of the ESL CS:GO Pro League:

Emmanuel “MoMaN” Marquez (Team LDLC.com):
“It is with a lot of pleasure that we will take part in this ESL Pro League. We have always been used to the professionalism and the expertise of ESL regarding CS:GO tournaments. Competing with the best will always be our goal, and this tournament is definitely one we want to win!” 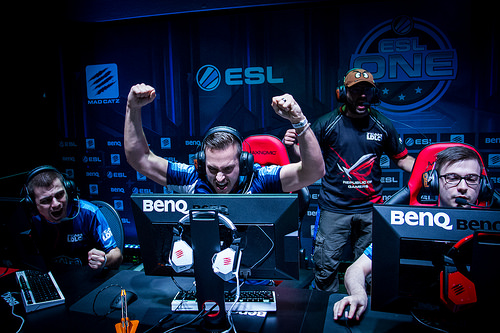 MoMaN and the old LDLC team at ESL One Cologne
Michael “ODEE” O’Dell (Team Dignitas):
“We are delighted to play in such a cool league. It has been part of our history, online leagues are vital for esports and we are pleased to be taking part in this one.”

Christian “PsYcHo” Lenz (Virtus.pro):
“We are extremely happy to be part of the new ESL Pro League. ESL stands for the best competitions in esports and always does a good job. You can expect some awesome matches between the best teams in the world. We hope that this tournament will be a great part of the next year alongside all the other traditional leagues. Let’s go for it!”

While the local qualification for the first season of the ESL Pro and Major leagues is already running, the open European qualifier is kicking off on November the 18th. Make sure to sign up if you don’t want to let this chance slip through your team’s fingers, and stay tuned for more updates on the ESL CS:GO Pro League as we get ever closer to the first official playday on December the 3rd.

If you want to support the ESL CS:GO Pro League right from the start, voting on the Steam Workshop for the ESL Collection weapon skins is a great help. If they receive enough votes and the skins are officially picked up, all revenue will be directly invested back into covering the prize pool, production and additional costs of the league.

Later this week there will be more information on how the eighth and final invite spot for the ESL CS:GO Pro League will be filled, so stay tuned and leave your guesses in the comments below!
Share this article: