Hans Oelschlägel
Editor / Content Manager
Share this article:
Tweet
0 total shares
As TobiWan and Capitalist have already correctly predicted, Team Secret will be one of the three directly invited teams for ESL One Frankfurt 2015.

The European powerhouse has done well in past competitions, meriting a direct invite to the Commerzbank Arena in June. All of the team’s members have had great success in recent years, with all five players having participated in both previous ESL One events in Frankfurt and New York in 2014. Zai and arteezy are the newest additions to the Team Secret squad, having replaced founding team members BigDaddy and Simbaaa since the start of January. The two have attended both previous ESL One competitions as part of Evil Geniuses, finishing in second place on both occasions. They’re looking to finish on top this time around with the help of new teammates Puppey, KuroKy and s4, who all competed in New York as part of Team Secret and have been to ESL One Frankfurt in 2014 as part of Na’Vi and Alliance respectively. 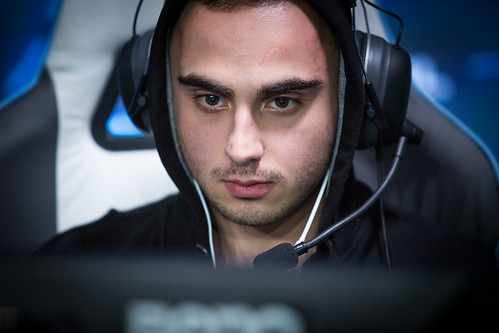 This revamped Team Secret roster has only been around since the start of 2015, but they already made plenty of noise in the Dota 2 Asian Championships earlier in February. Their aggressive playstyle saw Team Secret dominate the group stages, finishing 15-0 against all other teams including big names like Vici Gaming, Evil Geniuses and Big God. They couldn’t translate their performance into a tournament win, but nonetheless finished as an impressive third place with a newly formed roster.

Tickets are still available for the event in Frankfurt on June the 20th to the 21st - secure your regular, premium or Aegis Experience tickets today before they sell out!

Do you think Team Secret have what it takes to win ESL One Frankfurt? Who else deserves a direct invite to the tournament? Let us know in the comments below and stay up to date via @ESLDota2 and the official ESL One Frankfurt page.
Share this article: