It’s been over a week now since I got back from BlizzCon, and I’ve still not properly recovered. Perhaps Warlords of Draenor has something to do with that as well, but you could probably put them hand-in-hand. Where do I even begin when it comes to the experience? I already wrote a small piece when it was announced that I’d be at BlizzCon, what it meant to me and how much I was looking forward to it. It lived up to all those expectations and much, much more. 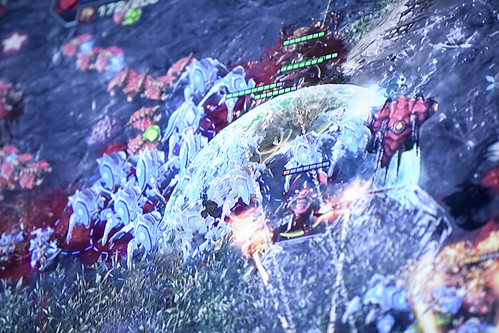 I was actually travelling alone on the way there this time, which is quite rare nowadays in esports. Having to switch at San Francisco and not having the time to make my connection meant that I ended up on the next flight, which also happened to have mOOnGLaDe on and thus made up for the delay. Upon arrival at the hotel for the travel day, I basically collapsed - it was 17 to 18 hours total travel time and I was done by the end of it, so had to rest up for the next day as rehearsal and other things started very fast.

Rehearsal day came around and we made our way over to the arena. This was the first time I was going to see the stage, with some of the others having seen it before after their trip from Burbank and the round of 16.

Heading in - oh boy, was I amazed. Technically I didn’t really know what to expect at all, and when I first saw the stage, it was only the basic mapping blocks in place, no graphics. However, as soon as I saw the mapping of what they were planning, I knew exactly what it was going to look like in my mind, as I’d seen that kind of technical demo previously. From then on, we took our lower third photos before being escorted to familiarize ourselves with Legacy of the Void (LotV) for a bit. 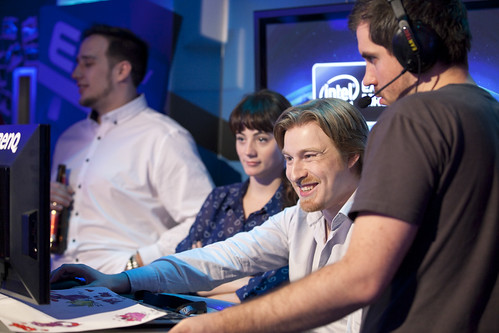 Now, aside from walking towards the convention center and seeing those iconic banners on the side of the building, getting to play LotV might have been my first ‘squeal like a little girl’ moment. Shaun's already filled you in on his impressions of LotV, but I will quickly say that the feel of the game was amazingly different - economy and intensity of the new units, requiring much more micromanagement than ever before because of so many abilities to cast. Overall I felt it promoted more scrappy, smaller battles throughout a game, which is a good thing. After LotV, we headed to rehearsals, which lasted a long time (but so they should for the biggest StarCraft tournament of the year).

I think it was probably one of the longest work days of my entire casting career. Sadly we were plagued by technical issues, most of which were out of our control, I believe, but in the end we got through it together!

From there, Shaun and I were up first on the casting desk for the TvT - MMA versus Bomber. Somehow I always get lucky and get some of the best series when I cast a tournament, and today was no exception. A great series with a surprising ending - to me at least - and then from there I was on the analysis desk pretty much all day.

That was actually the aspect of the show I’d prepared for most, having Watched every one of the eight players’ games back to make sure I knew how their matchups would potentially play out. By the end of the day, we’d been at the venue for I think around 16 hours, and I hadn’t even had time to get my shopping done! It had to wait until tomorrow. 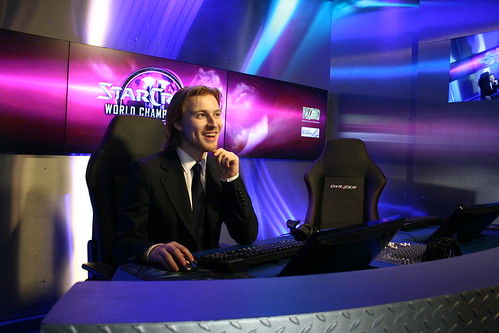 Day two rolled around. Even before anything began, I went full determined mode and found a way to go shopping as quickly as possible. I’m pretty sure I was the first person at the shop at 9am, and spent around $300 on hoodies, shirts, plushies, pins and other things. Sadly they were out of the WoW 10th anniversary pin - I’ll have to check eBay because that was one item I really wanted.

Onto the day of casting, and yet again I got another fantastic series, this time with the other Sean, and this time it was TaeJa versus Life. I would argue it was the best series of the round of eight as a whole. What was also interesting is that it was the first time Day9 and I had cast together for almost two years, which was back during Iron Squid II where we also happened to cast Life winning as well. Despite the lack of casting together for that whole time though, we came together and collaborated beautifully. I was particularly happy with that cast and our synergy - a great way to end my WCS 2014 casting experience. 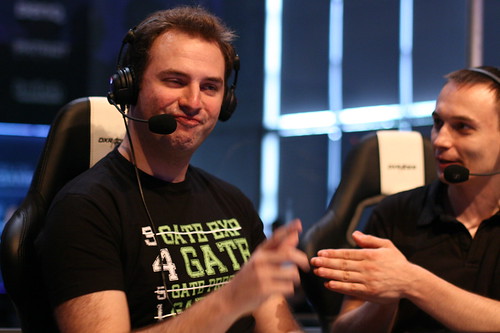 After that, yes, I was on the analysis desk for the other semifinal, but from then my 2014 WCS work had come to an end. It was a bewildering feeling, actually, and I felt pretty emotional watching my year’s work culminate in a final I could sit back and properly enjoy.

Want to be part of more nailbiting StarCraft II action before the year is out? Why not grab a ticket for Intel Extreme Masters San Jose?